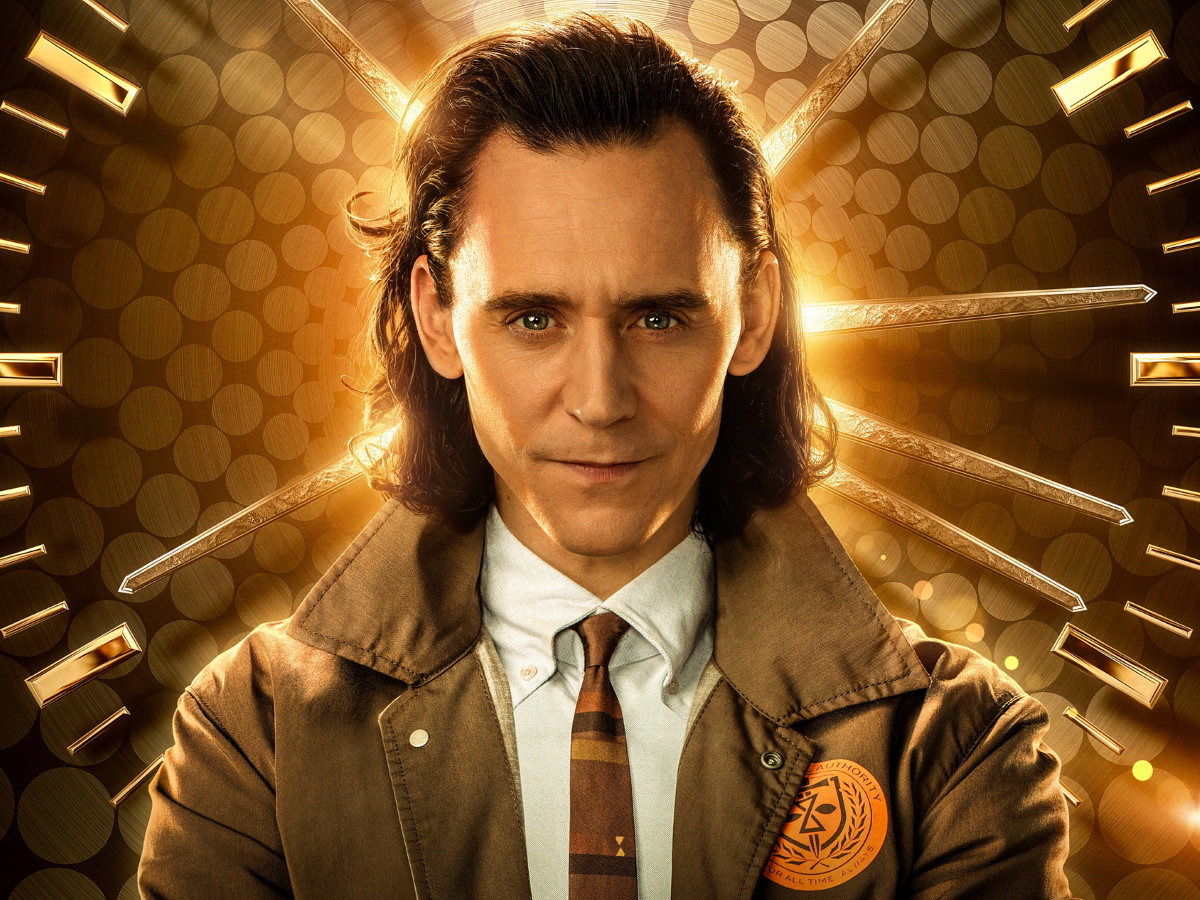 Loki is back, again — though this time he enters on TV via Disney+ Hotstar. After dying twice, most recently at the hands of Thanos in the 2018 mega get-together Avengers: Infinity War, Tom Hiddleston’s God of Mischief is set to make a glorious return, as the lead for once. Loki has previously been in all three Thor movies (Thor, Thor: The Dark World, and Thor: Ragnarok) and three of four Avengers movies (The Avengers, Infinity War, and Avengers: Endgame briefly), and he is finally getting to strike out on his own. But how is he back from the dead? Well, Marvel loves hitting the rewind button on its characters — and it is literally resetting Loki’s arc here. The new Marvel series will follow the version of Loki that disappeared with the Tesseract in Endgame.

That means the Loki in Loki is The Avengers-era Loki. He hasn’t had any of that character growth from The Dark World, the partial redemption in Ragnarok, or that nice little speech in Infinity War that sent him off beautifully. This Loki tried to conquer Earth with the Chitauri and still believes that he is owed the Asgard throne over his brother Thor (Chris Hemsworth). And now that he’s gotten hold of the Tesseract (again), he’s wreaked havoc across time and space, altering history as he pleases. Playing with the timeline has consequences though, and that’s how the Time Variance Authority — the keepers of the timeline — comes into play, arresting Loki for his crimes.

Marvel’s Phase Four — Everything We Know

That’s how things kick off on Loki, with the TVA pushing this time variant of Loki to pick between two choices: be wiped out, or help them fix the mess he has caused. As Loki traverses through the multiverse, his actions will have “wide-reaching ramifications” across the Marvel Cinematic Universe, creator Michael Waldron has said. And there’s more. “Part of the fun of the multiverse and playing with time is seeing other versions of characters, and other versions of the titular character in particular,” Marvel Studios president Kevin Feige teased. Two Lokis in one room? Sign me up, Marvel, I’m fully on board for Hiddleston vs Hiddleston.

With that, here’s everything you need to know about Loki.

Episode 1 of Loki is out Wednesday, June 9 at 12:30pm IST/ 12am PT on Disney+ or Disney+ Hotstar depending on where you’re reading this. New episodes will debut weekly at the same time on Wednesdays for the entire six-episode run.

The MCU series will be available in Hindi, Tamil, and Telugu — though Disney+ Hotstar has stated that the Indian-language dubs have been delayed.

When those versions do arrive, Loki will also become available to Disney+ Hotstar VIP subscribers, a membership that costs just Rs. 399 per year.

However, if you want to watch it in the original English audio, you’ll need Disney+ Hotstar Premium that comes in at Rs. 299 per month or Rs. 1,499 per year.

There are six episodes in total on Loki season 1. Each of them will run for about 40–50 minutes, Feige has revealed. You can download all Loki episodes on Disney+ and Disney+ Hotstar apps for Android and iOS.

The new Marvel series is led by Hiddleston as Loki. Both Hiddleston and Waldron have spoken of Loki being about the character’s search and struggle for identity.

“I love this idea [of] Loki’s chaotic energy somehow being something we need,” Hiddleston told Entertainment Weekly. “Even though, for all sorts of reasons, you don’t know whether you can trust him. You don’t know whether he’s going to betray you. You don’t why he’s doing what he’s doing. If he’s shapeshifting so often, does he even know who he is? And is he even interested in understanding who he is?”

“Underneath all those masks, underneath the charm and the wit, which is kind of a defense anyway, does Loki have an authentic self? Is he introspective enough or brave enough to find out? I think all of those ideas are all in the series — ideas about identity, ideas about self-knowledge, self-acceptance, and the difficulty of it.”

The other major actor on Loki is Owen Wilson, who plays TVA agent Agent Mobius. In the comics, he is identified as Mobius M. Mobius, but all the Loki trailers have simply called him Mobius. Wilson’s character has the idea to use Loki himself in order to fix the timeline mess that he has made with the help of the Tesseract.

Wilson said of his character: “Mobius is a detective in the TVA [Time Variance Authority]. He’s a little bit like Nick Nolte getting Eddie Murphy out of jail in 48 Hours to help him investigate. It’s a little bit of that kind of idea where Mobius believes in this investigation and the fact that there is someone creating real mayhem for the TVA that Loki can help him find.”

“Mobius is not unlike Owen Wilson in that he’s sort of nonplussed by the MCU,” Feige told EW. “[Loki] is used to getting a reaction out of people, whether it’s his brother or his father, or the other Avengers. He likes to be very flamboyant and theatrical. Mobius doesn’t give him the reaction he’s looking for. That leads to a very unique relationship that Loki’s not used to.”

There’s also Gugu Mbatha-Raw (Black Mirror “San Junipero”) who plays TVA Judge Renslayer. She is looking after Loki’s case, and as can be seen in the trailers, she reminds Mobius to not trust Loki.

“Loki comes through Renslayer’s courtroom, and she is passing judgment on him because he basically deviated off the sacred timeline,” Mbatha-Raw said. “Renslayer is used to being respected, so to have a character like Loki before her, who sees himself as a sort of god-king character, ruffles her feathers because he’s so mischievous and disrespectful. She’s just not used to being talked to in that way.”

Then we have Wunmi Mosaku (His House) as a TVA guard called Hunter B-15. Sasha Lane (American Honey) was also seen in TVA guard costume in one of the Loki trailers, but it’s unclear if that was a disguise.

Of her character, Mosaku said: “She’s a badass. She’s proficient physically, and she’s strong. She’s dedicated and loyal. She is a diehard, absolute super fan of the TVA and believes she was created there and that the timekeepers are her superiors and like gods.”

Kate Herron has directed all six episodes of Loki season 1. She has previously directed episodes of Sex Education season 1. Herron is also an executive producer on Loki.

“I love genre cinema, and I love sci-fi and I love fantasy, but, what was really important to me was stripping away all the fantastical elements to find the heart of this story,” Herron said. “In Loki, if we took away all the bells and whistles of this story, what is the relatable message at the center? For me, it was a journey of self-discovery and someone trying to find their place in the universe because, obviously, we literally delete his universe. We delete his reality. It’s a story of reinvention and also morality. Can Loki find goodness in himself? Loki’s journey, to me, is really about acceptance of himself.”

“The big idea from Marvel was the Time Variance Authority,” Waldron said. “I was like this is the craziest thing in the world, but it was really exciting. My pitch was to do something nobody expects and with every episode let’s blow up what people think the show is and do something totally different. It was always about doing something awesome and totally unexpected with this character.”

The first look at Loki came at Disney’s big presentation back in December, which sprung out from his Endgame appearance and teased its myriad settings, characters, and tone.

Then in early April, Marvel Studios dropped the first official trailer (below) that introduced the buddy-comedy dynamic at the heart of it, between Hiddleston and Wilson, and the first look at Mosaku and Lane’s characters.

Since then, we have gotten a series of clips and teasers — the latter are designed to be aired as TV spots in select markets — that fleshed out said dynamic, introduced TVA mascot Miss Minutes, hinted at new Loki powers, threw a slap in Loki’s face, and called Loki a “cosmic mistake”.

Alongside, we have also been treated to Hiddleston recapping his entire Loki journey in 40 seconds, and a behind-the-scenes featurette that promised a “big story” and a lot mischief.

After stealing the Tesseract during the events of Avengers: Endgame, an alternate version of Loki is brought to the mysterious Time Variance Authority (TVA), a bureaucratic organization that exists outside of time and space and monitors the timeline. They give Loki a choice: face being erased from existence due to being a “time variant”, or help fix the timeline and stop a greater threat. Loki ends up trapped in his own crime thriller, traveling through time and altering human history.

The first reviews for Loki should be available prior to premiere. An exact date is not known though.

As with WandaVision and The Falcon and the Winter Soldier, we will be posting Loki episodic recaps, shortly after each episode airs, and these will be full of spoilers. The first of them is coming on Wednesday, June 9.

Will there be Loki season 2?

Yes — mostly. Reports of a second season have been filtering in since November last year, with Hiddleston naturally expected to return. Waldron is said to be involved as well, as part of a larger deal at Disney.

Marvel Studios VP of production and development Nate Moore echoed that in April when he told IndieWire: “I think there’s a lot of storytelling in Loki that’s really irreverent and clever and cool, but also lends itself to multiple seasons in a way where it’s not a one-off.”

Yet Loki season 2 is reportedly set to begin production in early 2022. At this point, it really seems like Hiddleston will be back for even more mischief.

Here’s the official poster for Loki from Disney and Marvel Studios: 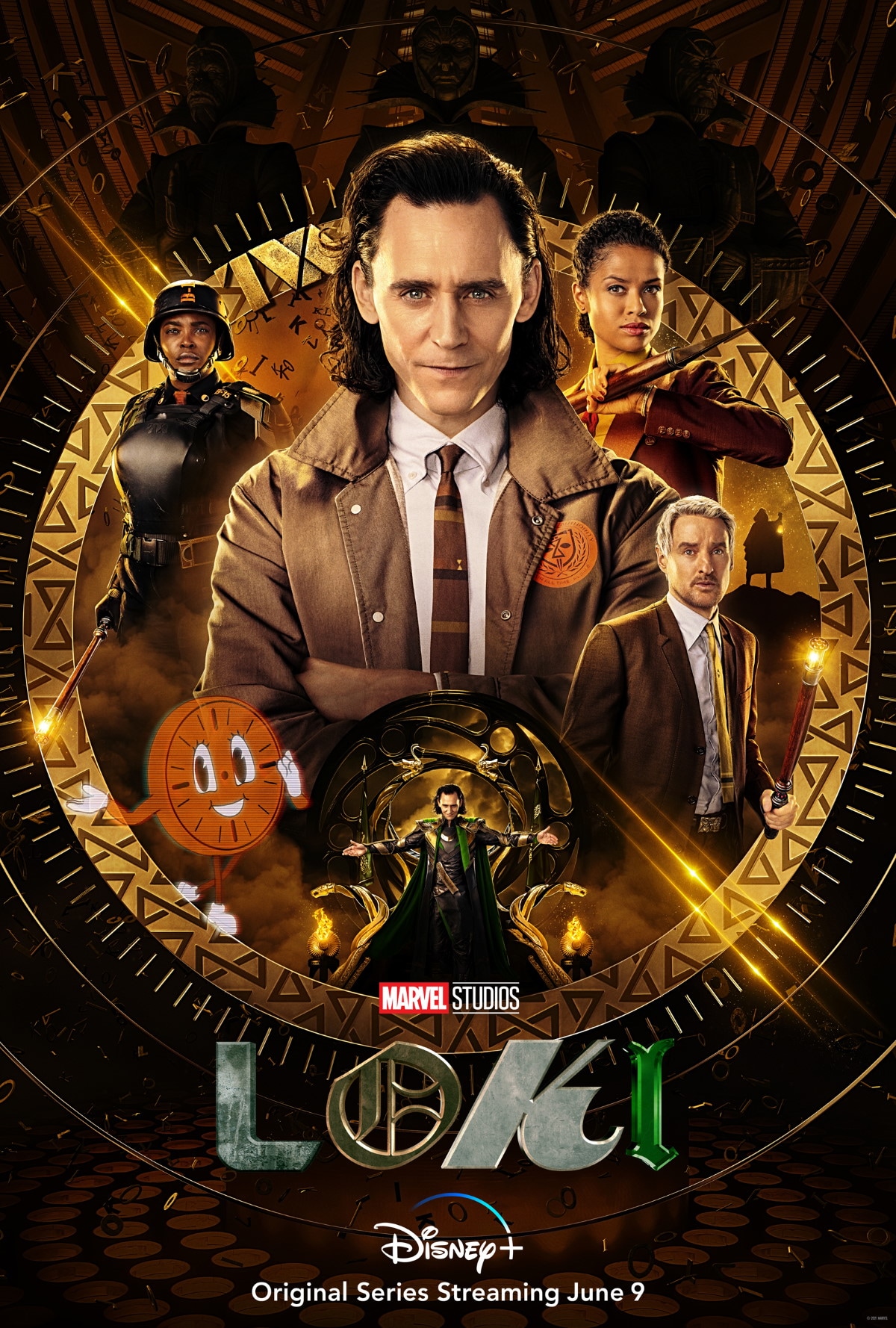