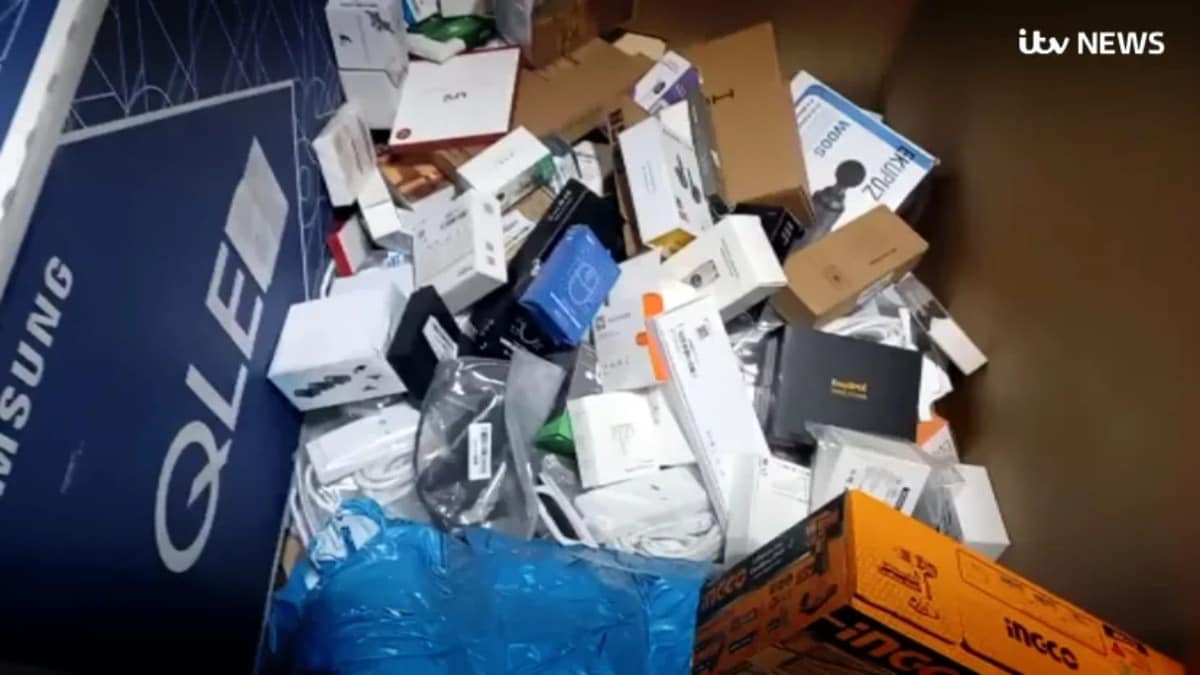 Amazon destroys millions of unsold items, including premium electronics, books, and now even face masks, every year, a new investigation has revealed. Footage gathered by Britain’s ITV from just one of the 24 Fulfilment Centers that Amazon has in the UK shows unsold items packed in boxes marked “destroy”. Not just that, the sheer amount of this waste has brought attention to why these goods — some never used — couldn’t have been distributed to charities or the needy. The reason these products are being destroyed on such a scale is due to the e-commerce giant’s business model, reported ITV News.

Many vendors house their products at Amazon’s vast warehouses, but once they remain unsold for a long time, disposing of them becomes cheaper than continuing to pay for their storage. Just to give a better perspective on the scale of the issue at hand, an ex-employee of Amazon told ITV that their target was to generally destroy 1.3 lakh items a week, from Friday to Friday.

“I used to gasp. There’s no rhyme or reason to what gets destroyed — Dyson fans, Hoovers, the occasional MacBook, and iPad. The other day, 20,000 COVID [face] masks still in their wrappers,” the former employee told ITV.

While the products to be scrapped were marked “destroy,” the ones to be donated had “donate” written on their boxes. The disparity between the two was vast. The same employee said that while the number of products to be destroyed was around 1.3 lakhs, those to be donated was were just 28,000 in the same period.

Meanwhile, miles away in the US, there is another matter concerning Amazon in New York. Natalie Monarrez, an Amazon warehouse worker lives out of her SUV. She works at Amazon’s huge Staten Island-based warehouse and has been homeless since 2019. She has a membership of a nearby gym where she takes shower and brushes her teeth.

Despite trying hard, Natalie has failed to secure an affordable house — neither shared nor studio — for herself. Things got really tough for her during the COVID-19 pandemic.

“When businesses shut down, it became difficult to find a bathroom,” Vice quoted her as saying. “I ended up having to use anti-bacterial wipes and do the best in my car.”

Amazon regularly talks about its starting wages for warehouse workers — $15 (roughly Rs. 1,110) an hour, that goes up to $18.25 (roughly Rs. 1,360) at the warehouse where Natalie works. However, it’s evident that the remuneration is not enough for some workers to even afford and avail themselves proper housing facilities, especially in cities such as New York. Natalie further said that while Bezos donates to homeless shelters for tax write-offs and PR, he also needs to know that some of his workers — without family or a second income — can’t afford rent.

Many other workers in the city who Vice previously spoke to said that they either lived with their parents or extended families and worked second and third jobs. Besides, some also commuted three hours from Bronx and Queens to get to work.