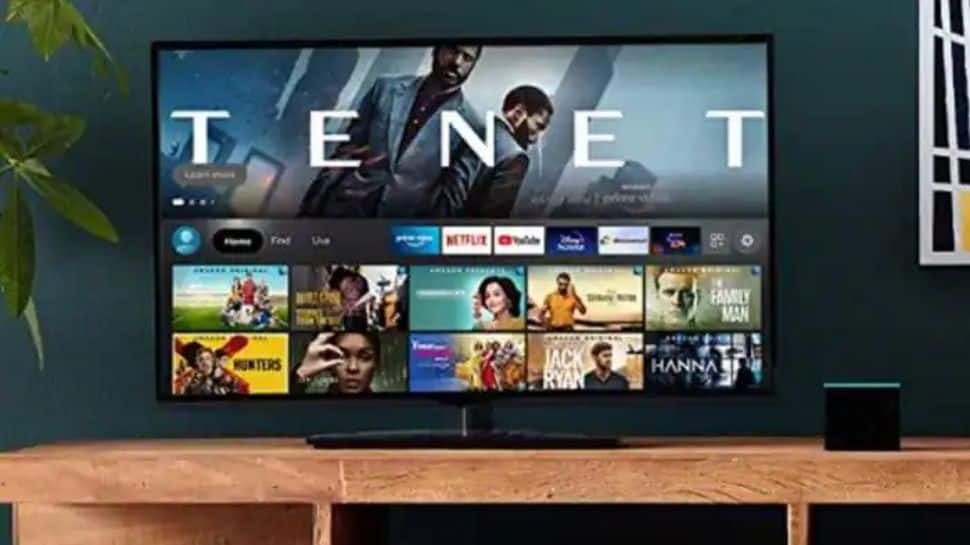 New Delhi: American tech giant Amazon recently revealed its first lineup of Amazon-built TVs: the Omni Series and the 4-Series.Amazon is selling its own smart televisions and both the models will feature 4K resolution and the company`s Fire TV operating system, according to Mashable. Earlier, the company used to license its Fire TV software to third-party manufacturers like Toshiba and Insignia.

The Omni series, reportedly, lets users start shows, switch inputs, change the volume, and more with Alexa — without the need to use a remote. Alexa can be triggered even when the TV is switched off. It will also provide live picture-in-picture from Ring doorbell cameras, which are also made by Amazon; and they connect to Amazon Echo devices.

Another model- the `4-Series` is less expensive at $369.99 for the 43-inch model, $469.99 for the 50-inch model, and $519.99 for the 55-inch model. Mashable quoted Amazon saying the 4-series has “many of the same features,” but doesn`t support Dolby Digital Plus or Dolby Vision. Alexa wouldn’t be triggered without the use of remote control. The Omni Series and the 4-Series will be available on Amazon and at Best Buy from next month.