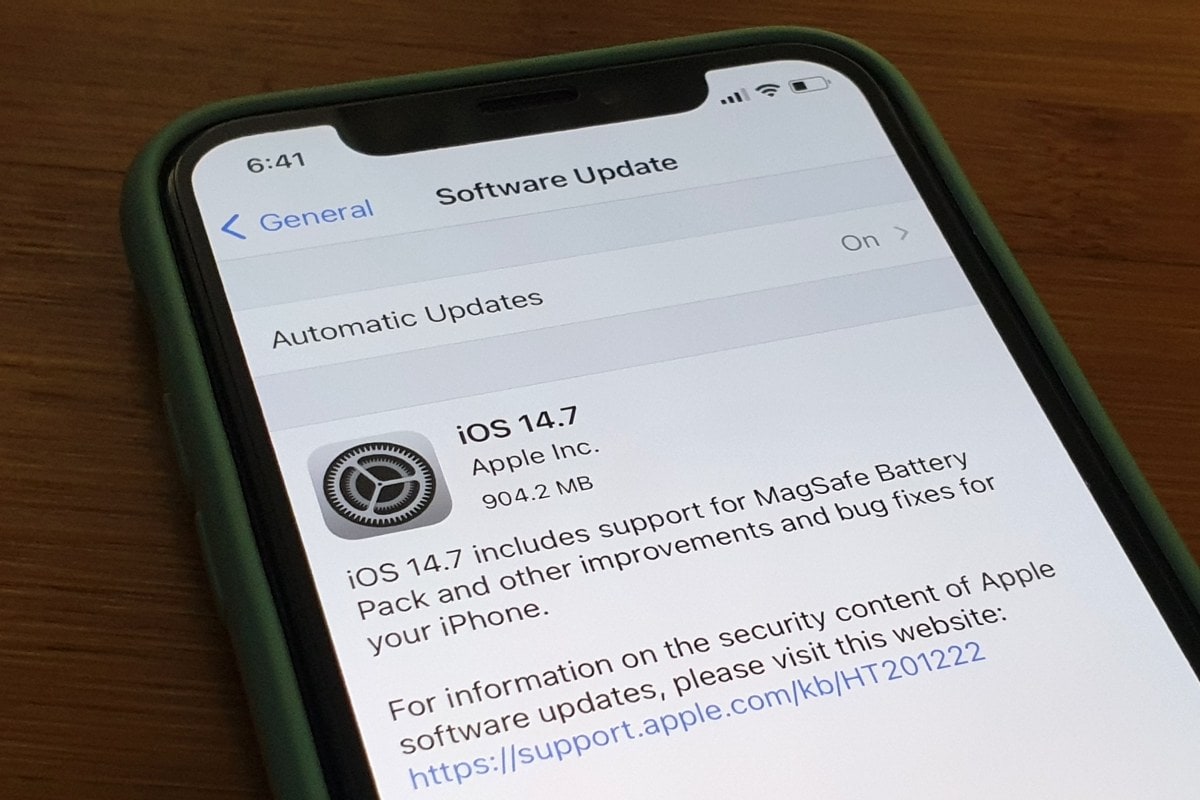 iOS 14.7 has been released by Apple as the newest software update for all compatible iPhone models. The new iOS version comes nearly a couple of months after the release of iOS 14.6 that was released in May. The iOS 14.7 update brings support for the MagSafe Battery Pack and includes a list of improvements. Alongside the iOS update, Apple has brought watchOS 7.6 and tvOS 14.7 as two of its new software releases. The watchOS update particularly brings support for the ECG app and irregular heart rhythm notifications to 30 additional regions.

The iOS 14.7 update also upgrades the Home app with the ability to manage timers on the HomePod. It also includes an updated podcasts library to let you choose to see all shows or only shows that you follow.

In addition to the new features, iOS 14.7 fixes some known bugs. These include the one making share playlist menu option missing in Apple Music and the other one unexpectedly stopping Dolby Atmos and Apple Music lossless audio playback. There is also a fix for the bug that was making the battery service message disappear after rebooting some iPhone 11 models. Further, the update addresses a problem in which Braille displays were showing invalid information while composing Mail messages.

There may also be some security fixes as a part of the iOS 14.7 update that are yet to be detailed on the company’s security page.

Apple may have released iOS 14.7 as its last update in the iOS 14 family as it is working towards bringing iOS 15 in the coming future. The new iOS version was unveiled at WWDC last month with a series of FaceTime and iMessage features.

Apple has brought support for the ECG app and irregular heart rhythm notifications to 30 additional regions. The ECG app is notably compatible with Apple Watch Series 4 and later versions. You can look at the support regions by visiting the feature availability webpage on the Apple site.

You can download iOS 14.7 on an iPhone or iPod touch model that is eligible for iOS 14. You can download the update by going to Settings > General > Software Update from your device.

Apple TV users can look for downloading tvOS 14.7 on their device by going to Settings > System > Software Update. It will also reach compatible devices if automatic updates are enabled from the user side.