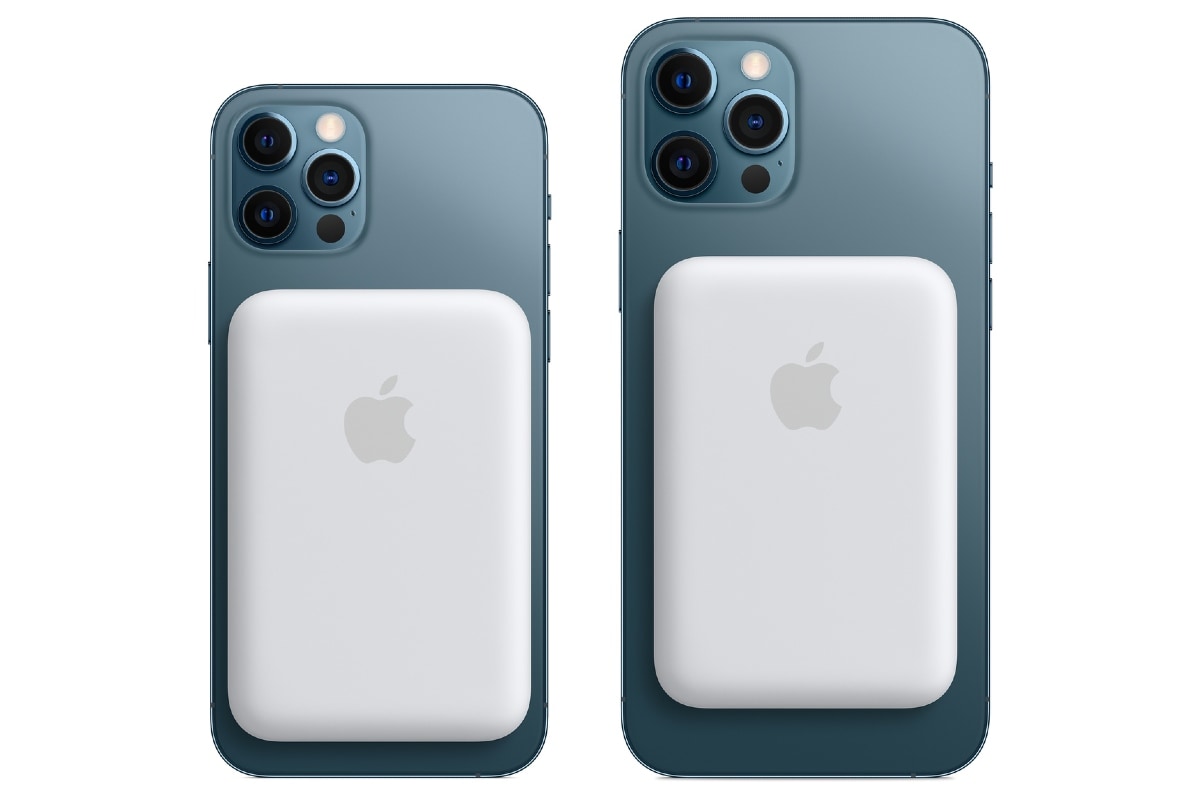 The Apple MagSafe Battery Pack carries a price tag of Rs. 10,900 in India ($99 in the US). It is currently available for orders in the US, with first deliveries starting July 19. The Apple India online store has also listed the battery pack to suggest that it would soon be available in the country as well.

Apple has apparently been working on the MagSafe Battery Pack for some time. Unlike the battery cases meant for older iPhone models that had a Lightning connector for charging, the new battery pack carries magnets that are aligned to fit with iPhone 12 mini, iPhone 12, iPhone 12 Pro, and iPhone 12 Pro Max to offer wireless charging while on-the-go. It starts charging the iPhone once attached — without requiring users to press a button to turn it on. Users can also plug a Lightning cable into the MagSafe Battery Pack to charge the pack alongside simultaneously passing the current to the attached iPhone.

Normally, the MagSafe Battery Pack is capable of providing up to 5W of power to your iPhone 12 model. Apple, however, recommends using a power adapter higher than a 20W one to get faster charging of up to 15W.

It is important to point out here that the MagSafe Battery Pack is not bundled with a power adapter and a Lightning cable. This simply means that you need to spend more on those; you can also use the ones you already have at your home.

The MagSafe Battery Pack will show an amber status light when it is charging. But once it’s fully charged, the battery pack will briefly show a green status light. When attached to your iPhone, the MagSafe Battery Pack will also show its battery level and charging status from the Lock screen. Additionally, you can see the charging status in Today View or the Home Screen by adding the Batteries widget. Your iPhone, however, needs to run on at least iOS 14.7 (that was not available at the time of filing this story) for showing the charging status virtually on the screen.

Apple has not yet provided any details on how much additional battery life you would get from the MagSafe Battery Pack. But nonetheless, one of the images of the battery pack available on the Apple site shows that it has a 1,460mAh (7.62V, 11.13Wh) battery. This is enough to give plenty of extra usage hours on iPhone 12 mini and iPhone 12.

In addition to the iPhone 12 models, the MagSafe Battery Pack may be able to charge accessories including AirPods if it has the same underlying technology that Apple has provided on its MagSafe wireless charger. The company has not provided any such details through its public channels, though.