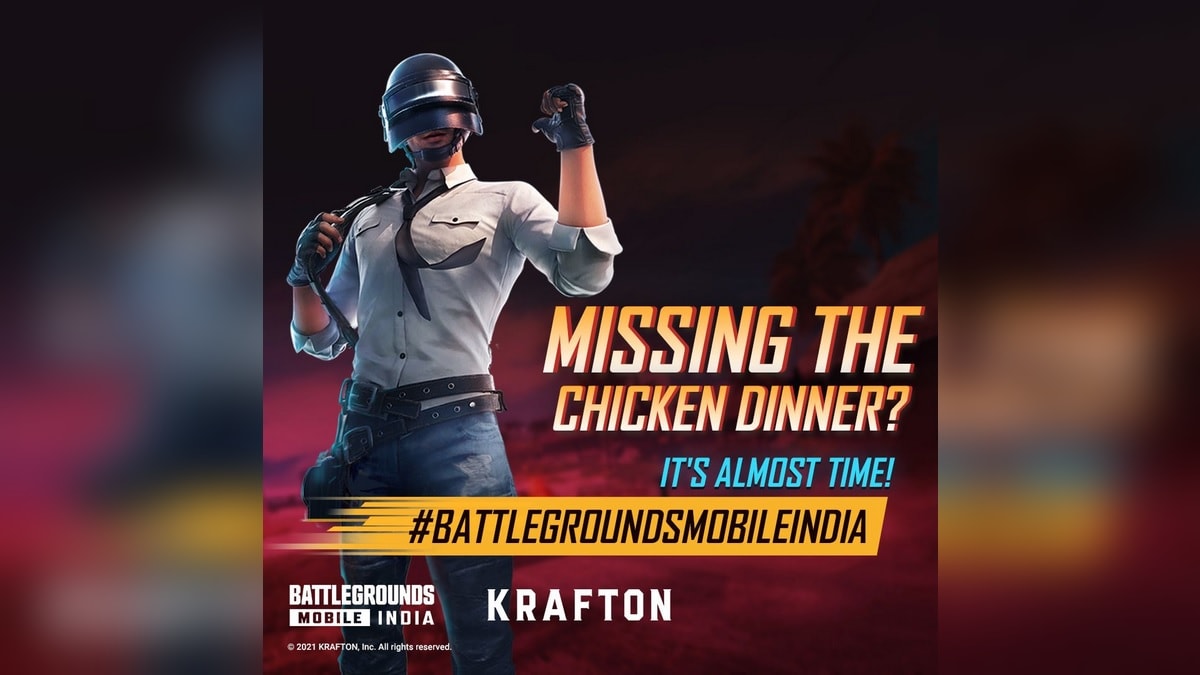 Battlegrounds Mobile India is inching closer to launch and developer Krafton says “Its almost time.” Though no actual date for the release has been shared yet, fans are eagerly waiting to get back into the battlefield and play with their friends. Previous reports have suggested the game will launch in India on June 18 but it could arrive sooner than that. Battlegrounds Mobile India is the Indian version of PUBG Mobile that was banned in the country in September 2020 along with 117 other apps.

Krafton shared on Twitter through its official Battlegrounds Mobile India account that the game is almost here. “It’s almost time. Time for re-building memories, playing with your friends and celebrating with chicken dinner!” the tweet reads. It, however, did not share a release date. It is widely believed that Battlegrounds Mobile India will be released on June 18, exactly one month after it went up for pre-registration on Google Play store. It does seem like a valid timeline but considering the latest tweet, it could be sooner.

Battlegrounds Mobile India was announced in the first week of May and since then, Krafton has been teasing the game without sharing a release date. A report had stated that the developer is working to finalise a release date. In the past month, a lot has been teased including two maps — Erangel and a smaller 4×4 map, Sanhok. Battlegrounds Mobile India will also bring the UAZ jeep and level 3 backpack which PUBG Mobile fans are quite familiar with.

The game recently crossed 20 million pre-registrations and that’s just on Android as iOS availability is still a mystery. The developers are working on that as well.

Since PUBG Mobile was banned in India, there have been some changes in management as Krafton took over ownership of the game and then tweaked it specifically for the Indian audience. At the time of the announcement, the developer shared Battlegrounds Mobile India will come with exclusive in-game events such as outfits and features. It will also debut with its own esports ecosystem that will include tournaments and leagues.