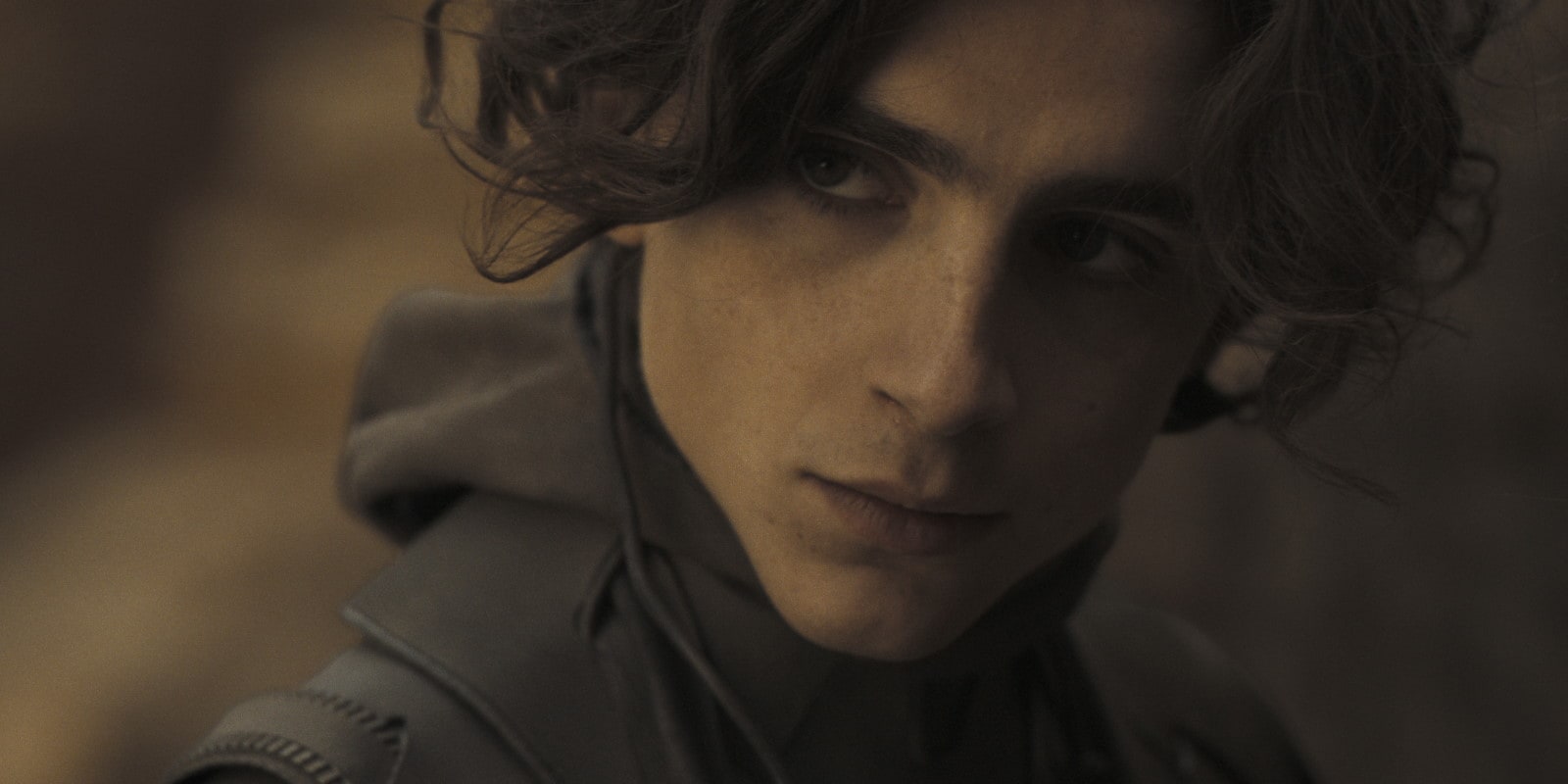 Dune trailer is out now. Warner Bros. has unveiled new English- and Hindi-language trailers for Denis Villeneuve’s adaptation of Frank Herbert’s 1965 sci-fi novel, that features an ensemble cast comprised of Timothée Chalamet, Rebecca Ferguson, Oscar Isaac, Josh Brolin, Stellan Skarsgård, Dave Bautista, Zendaya, Chang Chen, Sharon Duncan-Brewster, Jason Momoa, and Javier Bardem. The new Dune trailer lays out the premise, which finds the powerful family House Atreides, caught in a trap and struggling to survive on the universe’s most prized planet, Arrakis, the only source of the most valuable substance: the spice melange.

“My planet Arrakis is so beautiful when the sun is low. Rolling over the sands, you can see spice in the air,” Chani (Zendaya) opens the new Dune trailer, in what begins like a tourist ad for Arrakis. But the tone quickly changes into a colonialist and imperialist nightmare, as we see Chani’s people being slaughtered. She continues: “The outsiders ravage our lands in front of our eyes. Their cruelty to my people is all I’ve known. What’s to become of our world?”

Enter Paul Atreides (Chalamet), who confides in the Atreides family’s trusted soldier Duncan Idaho (Momoa) that he’s been having dreams about a girl on Arrakis. Meanwhile in the Dune trailer, Paul’s father Duke Leto Atreides (Isaac) is called by the Emperor to bring peace to Arrakis, and he obliges because — as he says — “there is no call that House Atreides does not answer. There is no faith that we betray.” That works out for Paul, who meets his dream girl in the flesh.

“There’s something awakening in my mind,” Paul says, to which Chani replies: “You need to face your fears.” And so begins Paul’s training, it seems in the new Dune trailer, who must stand up to the brutal Harkonnens. Following a kill-them-all command by the Baron (Skarsgård), the Atreides are attacked and blown up, leading Paul to note: “This is an extermination. They are picking off my family one by one.” Duncan says they must fight like demons.

As part of the war that rages, Paul begins to question his place and future. “Dad, what if I’m not the future of House Atreides?” he wonders, with Leto placating him: “‘A great man doesn’t seek to lead. He’s called to it.’ But if your answer is no, you’ll still be the only thing I ever needed you to be: my son.” The new Dune trailer ends with snippets of action sequences, with Paul in a golden armour.

Dune is out October 22 on HBO Max and in cinemas. A release date for India has not been set, and the trailer simply says “only in cinemas in English and Hindi.” Known onscreen as Dune: Part One, it will cover the first half of Herbert’s first novel, with a sequel expected. A prequel spin-off series, Dune: The Sisterhood, is also in the works for HBO Max.