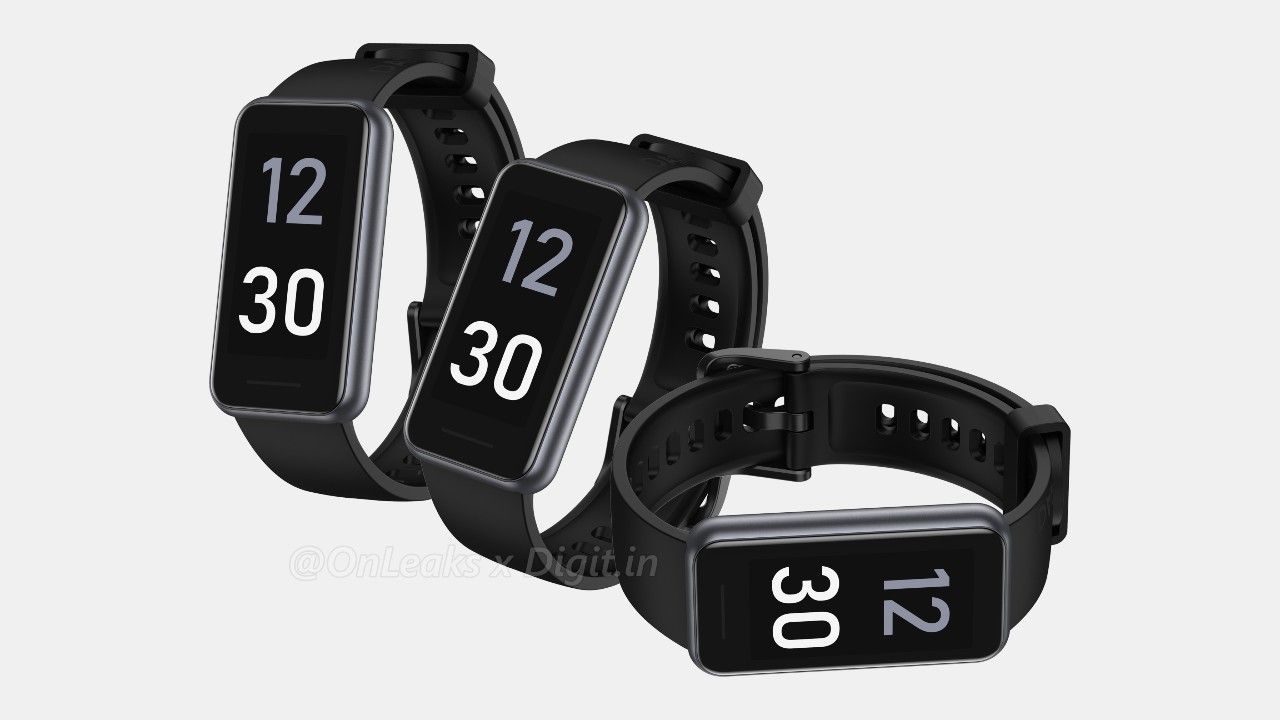 The second iteration of Realme’s budget wearable, Realme Band 2 is set to launch soon. The first generation of the Realme Band was priced aggressively, which made it a competitive option for those buying their first wearable. In fact, it went straight up against the likes of the Mi Band 5, which has pretty much dominated the segment since the first Mi Band. Digit has partnered with OnLeaks to get you exclusive renders as well as a 360-degree look at the Realme Band 2.

We managed to get our hands on some high-resolution renders of the upcoming Realme Band 2 to give you your first good look at the upcoming wearable. We have also added a 360-degree video that should give you a complete look at what you can expect from the upcoming device.

Judging by the images, it looks like Realme is looking to make the Realme Band 2 a more premium-looking offering than the original Realme Band. The upcoming device looks more like a watch than the first wearable that looked more like a band. The display and the case stand out more instead of blending in with the straps.

Speaking of the display, Steve Hemmerstoffer, aka OnLeaks, notes that the Realme Band 2 will feature an approximately 1.4-inch display. This is a pretty big leap from the 0.96-inch display found on the first Realme Band. This should definitely add to the premium look that Realme is probably going for. It should also be noted that there doesn’t seem to be a touch button at the bottom of the display. This seems to suggest that the UI in the Realme Band 2 will be completely touch and gesture-based. This isn’t too surprising as most of the devices in this price range now offer such a UI. 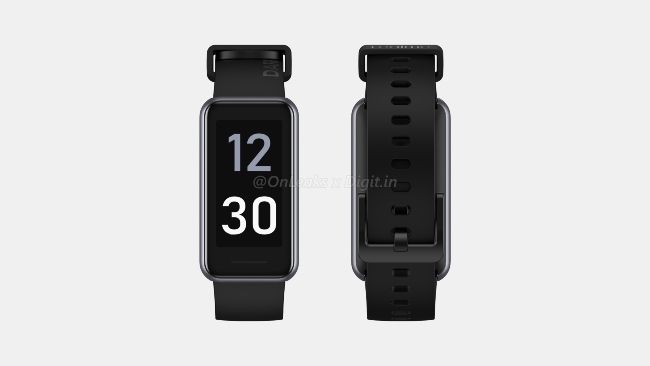 In terms of dimensions. OnLeaks notes that the Realme Band 2 will measure approximately 45.9 x 24.6 x 12.1mm. This makes the device larger than the first band, but it shouldn’t be so large as to make it unwieldy when wearing. 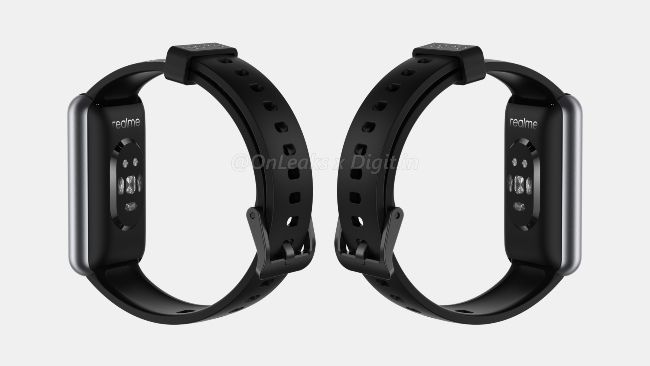 Over on the back, we can see that the device will feature the usual bunch of optical sensors. These should allow for features such as 24×7 heart rate monitoring. It is not yet known if these will also offer SpO2 tracking and Blood Pressure monitoring. We will just have to wait to know about those features. Another bit to note is that the first Realme Band was charged by removing one strap and directly plugging it into a USB port. However, one can see that the new strap design may not allow for that. As such, one can speculate that the new Realme Band 2 will charge via pogo pins or something similar.