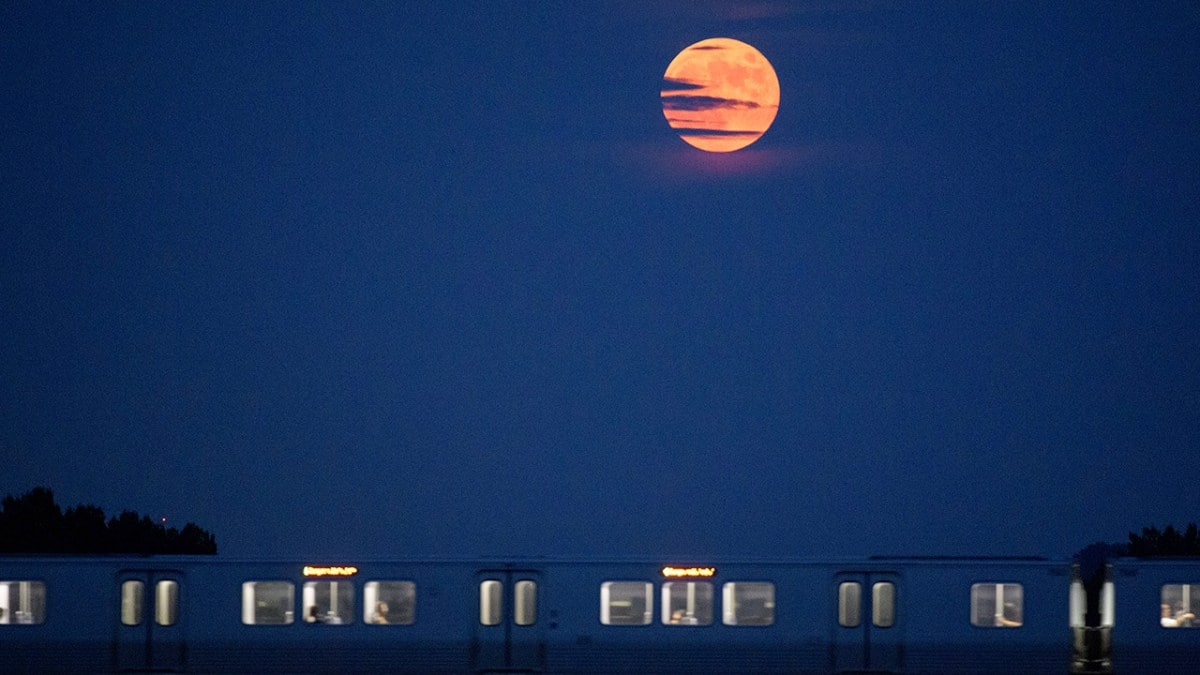 The next full Moon, that most people on the planet will be able to watch on June 24 at 2:40pm EDT (June 25 at 12:10am IST) is known by different names in different regions and cultures. Around this time, the Moon appears full for about three days — in this case from the morning of June 23 to early on June 26. While on June 24 it will be visible from many places, the next day it can be seen from those places that follow India Standard Time, Line Islands Time, and areas on the International Dateline. However, whether it’s a Supermoon or not is a matter of debate.

Various sources and publications use different parameters to decide if a Moon qualifies as a Supermoon. In this instance, while some publications are calling it the last of a series of four Supermoons this year, others differ in their opinion, saying it’s farthest from the Earth than the other three full Moons.

No matter what it is called, in a blog post, NASA described its significance. The post said during this phase, the full Moon will appear red as a strawberry in the direction opposite to the Sun in Earth-based longitude.

Here are the historical names — including Honey Moon — by which it is known around the world.

In India, the full Moon corresponds with Vat Purnima. During the three days of this full Moon, married Hindu women show their love for their husbands by tying a ceremonial thread around a banyan tree. The festival is based on the legend of Savitri and Satyavan from the epic Mahabharata.

According to the Maine Farmer’s Almanac, being published since the 1930s, the Algonquin tribes of what is now the north-eastern US called this the Strawberry Moon, referring to the short harvesting season for strawberries in the region.

In Europe, the old name of this full Moon is the Honey Moon or Mead Moon. Some writings suggest that honey was ready for harvesting around this time of the year. The full Moon got its name from there. Mead is a drink prepared by fermenting honey mixed with water or fruits, spices, grains, or hops.

The tradition of calling the first month of marriage “honeymoon” could be linked to this full Moon because of the custom of marrying in June or because this Moon is the “sweetest” Moon of the year.

In some European nations, it’s also known as Rose Moon. This name has likely come from the roses that bloom around this time of year or the reddish colour the Moon wears.

Some of the other names for this full Moon are Flower Moon, Hot Moon, Hoe Moon, and Planting Moon, according to the NASA blog.

Buddhists call it Poson Poya, probably based on the Poson holiday in Sri Lanka, that celebrates the introduction of Buddhism in 236 BCE.

A tribe — that mostly lived in the mid-Atlantic region of the United States, but now scattered — calls it LRO Moon, in honour of the Lunar Reconnaissance Orbiter that they had launched toward the Moon in June 2009. The LRO is still orbiting the Moon, according to NASA.