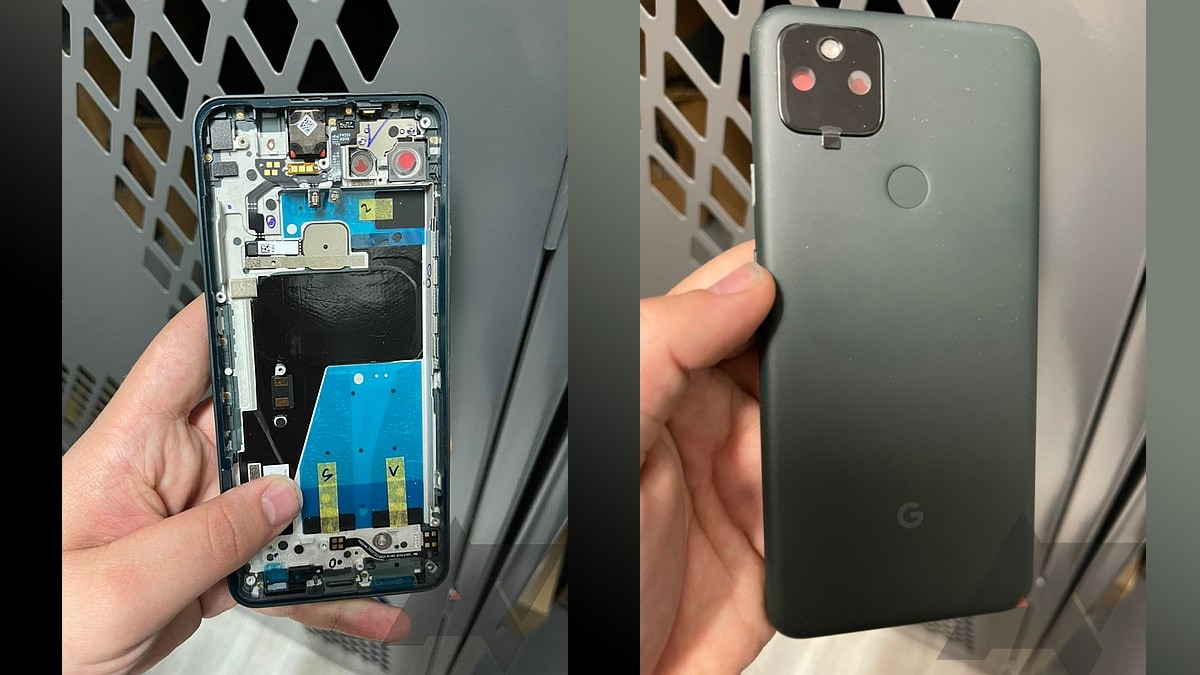 Google Pixel 5a 5G may be launching soon as some photos of its components have surfaced online. The images shared are part of the images shared with mobile phone repair stores ahead of a planned launch. The smartphone from Google is expected to launch on August 17, as per a report by Android Police. Google Pixel 5a 5G will be a successor to last year’s Google Pixel 4a 5G. While Google Pixel 4a was launched in both 5G and non-5G variants, the upcoming Pixel 5a will only be launched in a 5G guise. Some key specifications of the smartphone have already been leaked earlier.

Google Pixel 5a 5G’s battery is seen to be rated at 4,680mAh
Photo Credit: Android Police

The images also show that the back panel of the Google Pixel 5a could also get a rubberised finish, as opposed to a plastic finish found on its predecessor. The top edge of the frame appears to have a cutout for the 3.5mm audio jack. The right side of the smartphone appears to have a ribbed power button along with a volume rocker. One of the images also shows that the smartphone gets a 4,680mAh battery.

The tipster also confirmed to the publication that Google Pixel 5a 5G may launch on August 17. As per a previous report, the smartphone was expected to release on August 26.

As per Prosser, the upcoming Pixel smartphone is expected to come with a 6.4-inch display with 90Hz refresh rate and a Snapdragon 765G SoC – corroborating a previous report. The smartphone is also expected to have 6GB of RAM and an IP67 certification.

Google Pixel 5a 5G was recently spotted with multiple US Federal Communications Commission (FCC) listings. One listing shows CDMA support for carriers like Verizon in the US, while the other one lacks CDMA suggesting that it may be listed for the global market.