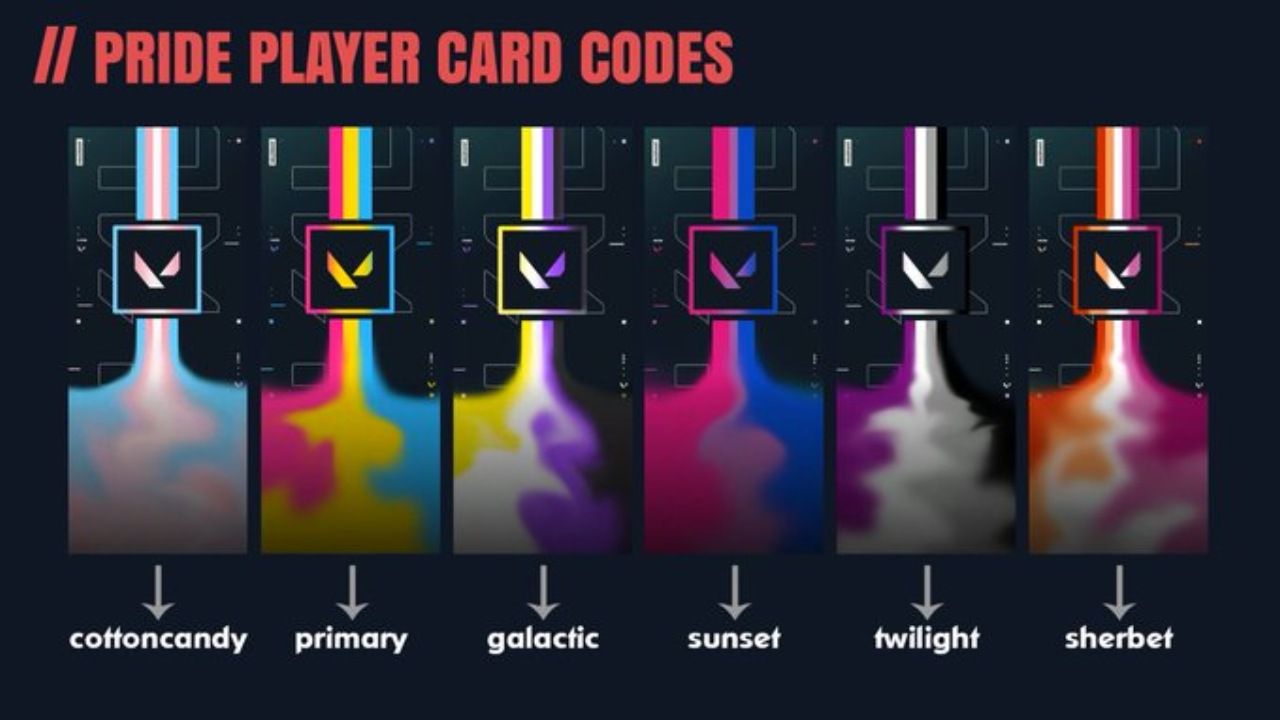 Riot Games’ Valorant in view of pride month announced 7 new cards based on different pride flags. Each card has a flag dropping from the top and then dissolving into a beautiful wave pattern towards the bottom with the valorant logo having those colours as its background.

The cards can be redeemed at valorant’s redemption website redeem.valorant.com by logging in and entering the code corresponding to the cards.

Each card has a different corresponding code which is as follows just in case you didn’t know them:

All the aforementioned codes will redeem you one card each.

Although the redemption might be a problem considering the multiple malfunctions that valorant’s redemption website is posing for a lot of players.

People have been reporting problems with the server since day 1 and even if someone manages to get to the website, once they log in and enter the code, either the website crashes and gives no response, or an error message saying that the accountholder had entered the code the maximum number of times they could already even though the player may not have received the card in their collection.

The frustration in the players is very understandable as we had been promised goodies in the game following simple steps but instead, the simple steps have been posing an immense challenge and it is yet to be fixed.

Valorant is still to announce the player cards officially but reports from multiple reliable leakers have gotten the word out and sure enough, the cards are in the game and yet, the website is posing tons and tons of problems for the everyday valorant gamer to redeem the amazing looking cards.