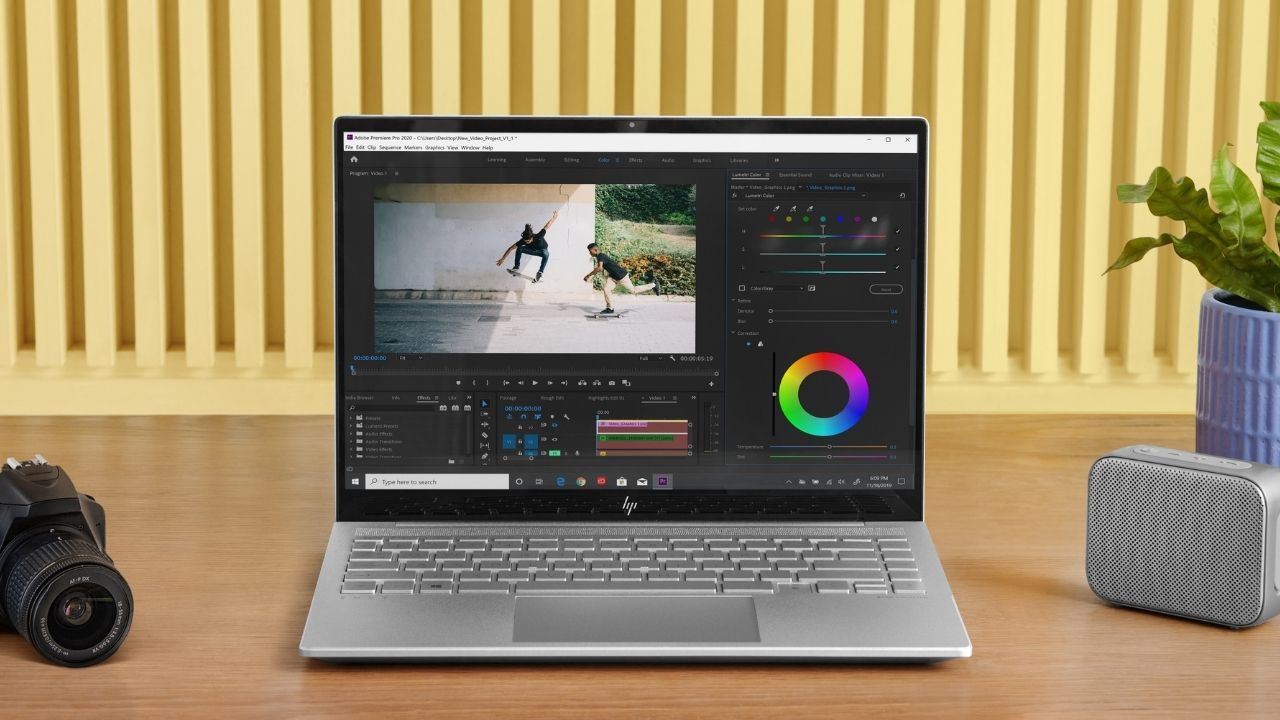 HP’s ENVY as well as the Spectre series is largely popular among the creators for the kind of premium design as well as the performance it brings to the table. Now, the company has updated its ENVY lineup in India by launching two new notebooks in the series – ENVY 14 and ENVY 15. Both the new ENVY notebooks are powered by Intel’s latest 11th gen Core processors and have a highly colour accurate display according to HP. Let’s take a quick look at the laptops and their specifications –

The HP ENVY 14 sports a 14-inch display with a resolution of 1920×1200. It’s a 16:10 aspect ratio panel with HP says is very colour accurate. The display is said to cover 100% of the sRGB colour space. In terms of the internal hardware, the ENVY 14 is packing an Intel Core i5-1135G7 processor along with an Nvidia GeForce GTX 1650Ti GPU. With that, the laptop should be able to handle creative workloads without much of an issue.

The HP ENVY 14 also has a 63.3 Wh Li-ion battery which HP says is good for up to 16.5 hours of usage. As an Intel-powered machine, you also get Thunderbolt 4 support with the ENVY 14 laptop.

The HP ENVY 15 is very similar to the HP ENVY 14, except this one has a 15.6-inch panel instead of the smaller 14-inch panel. You can expect it to be just as colour accurate for creative workloads if not more. This particular laptop can be configured with up to an 11th Gen Intel Core i9 processor, although we don’t know the exact SKUs that will be made available to purchase just yet. For GPU, the HP ENVY 15 will carry an RTX 3060 GPU, although we think the TGP rating on this will be reduced keeping the overall chassis and thermals in mind. You can check out our review of the HP ENVY 15 laptop from last year right here.

The HP ENVY 14 has been launched for a starting price of Rs 1,04,999 in India whereas the HP ENVY 15 will start at Rs 1,54,999. Both laptops will be available in the Natural Silver colour option and you can pick one up from HP’s online store or the retail stores offline. They’ll also be available at leading retail stores such as Reliance, Croma, and leading eCommerce sites Amazon, Flipkart, etc.

With the purchase of each ENVY laptop, you can get a complimentary 1- month offer worth up to Rs 4,230 of all 20+ creativity and productivity software from Adobe. Additionally, you can also exchange your older HP laptops and get up to Rs 15,000 off for these new laptops.