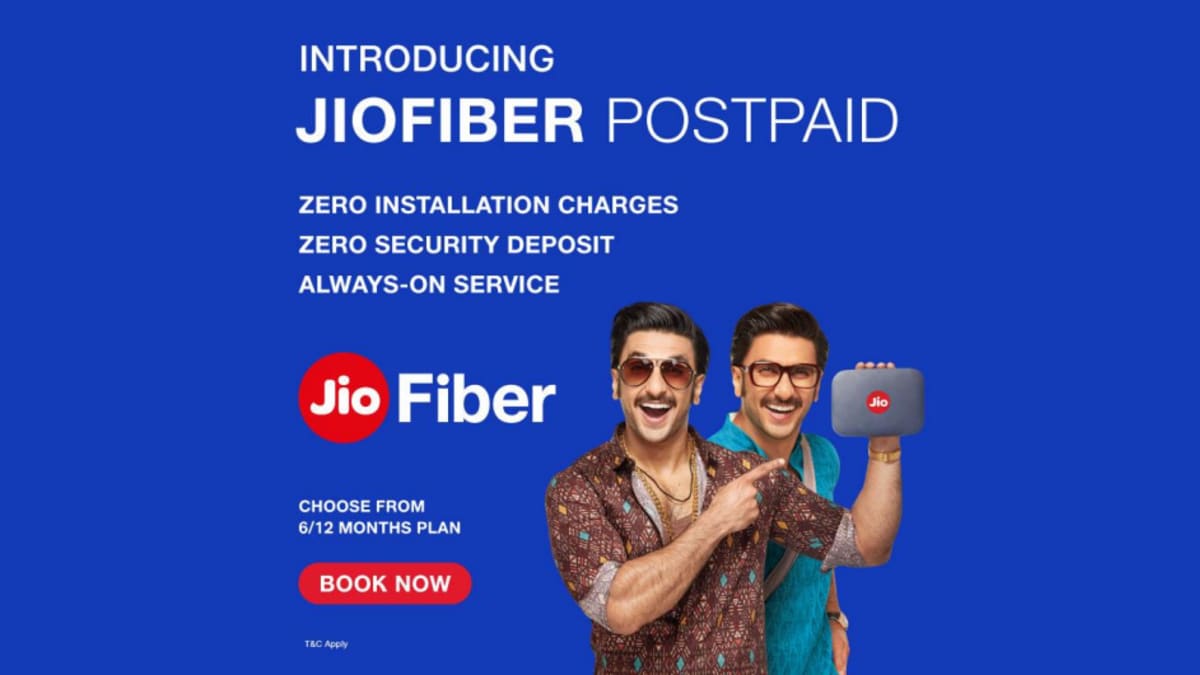 Reliance Jio is looking to introduce JioFiber postpaid plans for the Indian subscribers soon. These plans are not reflecting on the company’s website yet, but are said to be launching on Thursday, June 17. The new postpaid plans are said to start from as low as Rs. 399 per month and JioFiber is expected to offer aggressively priced six-month and 12-month options alongside. Reliance Jio will also not charge JioFiber postpaid users for installation or a security deposit of the internet setup.

Jio in April announced 30 days extra validity on its six-month and annual JioFiber prepaid plans. The same offer might be extended to JioFiber postpaid users.

Jio will also be offering an ‘Always On Service‘, which is essentially a 24×7 customer support to take care of any service disruptions, along with an autopay payment option with its JioFiber postpaid plans.

JioFiber postpaid users will get a 4K set-top box for a refundable security deposit of Rs. 1000. Users on plans priced above Rs. 999 will also get up to 15 OTT apps, including regional apps such as SunNxt, HoiChoi, and more.