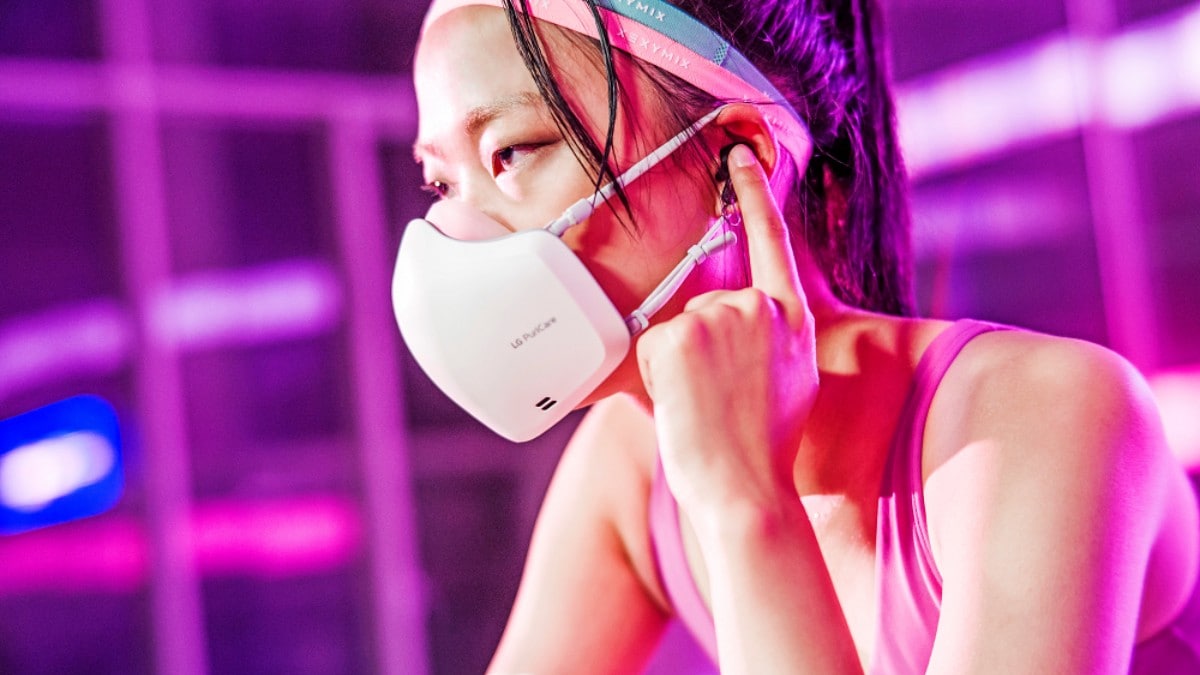 LG’s new PuriCare Wearable Air Purifier is a high-tech face mask that doesn’t only purify the air you breathe, but also brings in several nifty features that promises a comfortable daily use as well as ensuring your words don’t get muffled behind the mask itself.

The South Korean tech giant says that while being a necessity, it can’t be denied that face masks can cause inconveniences such as fogging up eyeglasses, making your jaw sweat, and restricting airflow while you breathe hard. Therefore, it decided to make a product that remains not just safe but also minimises the inconveniences. The result was a new personal air solution, that the company claims is not just more effective than traditional masks, but also looks stylish to boot.

In a press release, LG said that their new mask’s lightweight design makes it easier to wear throughout the day. It weighs only 94 grams, and “can be worn comfortably for up to eight hours with its 1,000mAh battery, which recharges in two hours”. The company added that the PuriCare’s “sleek, ergonomic design minimises air leakage around the nose and chin to create a tight but comfortable seal for hours.”

And minimising inconveniences is not the only aspect taken care of. The mask carries an inbuilt microphone and speaker, powered with VoiceON technology, no longer requiring the wearer to pull down the mask or raise their voice to carry on a conversation. The technology recognises when a user is speaking and amplifies his/ her voice through the speaker so that listeners don’t have to strain or lean in to hear every word.

While the device will be introduced in Thailand in August, the company will wait for regulators’ approval for its launch in other markets. A price hasn’t been announced yet.