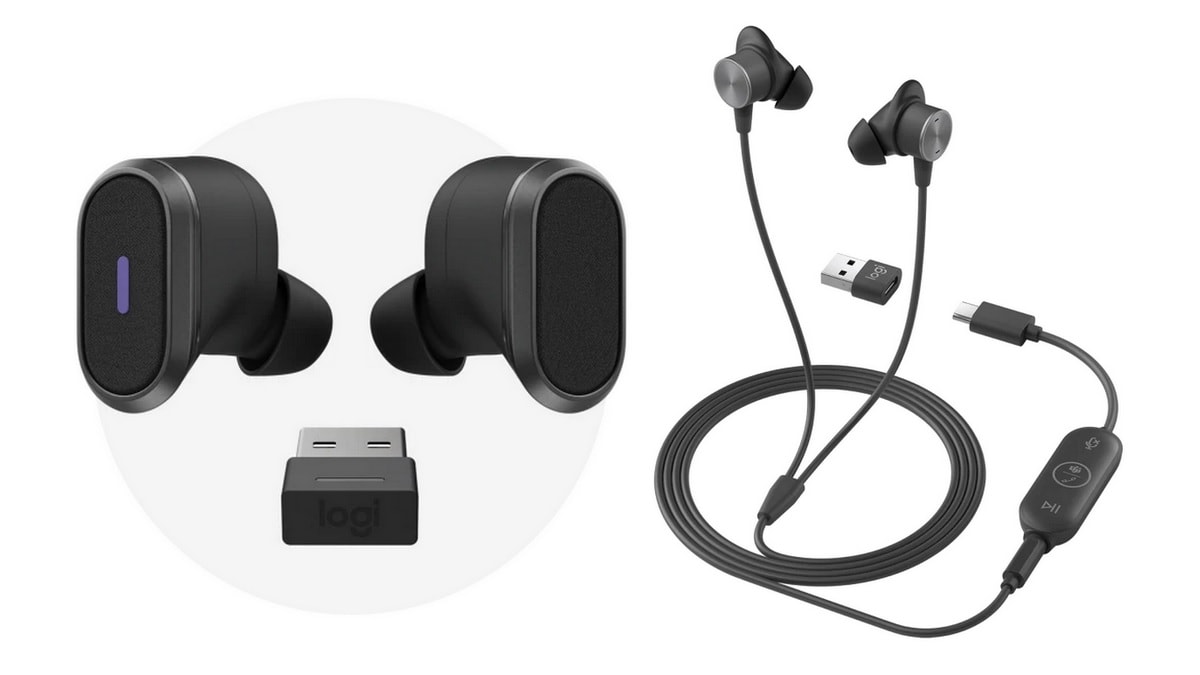 Logitech Zone True Wireless are priced at $299 (roughly Rs. 22,200) while the Logitech Zone Wired Earbuds are priced at $99 (roughly Rs. 7,400). Both will be available for purchase globally in the fall. The Zone True Wireless and wired earbuds have been listed on Logitech India website as well but pricing has not been revealed. Gadgets 360 has reached out to the company for clarity.

Logitech Zone True Wireless earbuds come with omni-directional, dual MEMS mics array with beamforming along with an inward-facing mic for a frequency response range of 100Hz to 8KHz while in talk mode. In music mode, the frequency range increases to 20Hz – 20kHz. They come with talk time battery life of six hours with active noise cancellation (ANC) turned on and 6.5 hours with ANC turned off. With listening time, the Logitech Zone True Wireless earbuds can deliver nine hours with ANC on and 12 hours with ANC turned off. The charging case increases the battery life by 2.5 times.

The earbuds take two hours and 45 minutes to charge completely while the case takes three hours to charge. They also support quick charging and a five-minute charge can provide two hours of music time or one hour and 20 minutes of talk time. The case supports Qi wireless charging and USB Type-C wired charging. Logitech Zone True Wireless earbuds use Bluetooth v5.0 for connectivity and are IP68 certified. The charging case is IP54 certified. They can also be connected using the included USB Type-C receiver.

Logitech Zone Wired Earbuds are powered by 6mm drivers and have a frequency response range of 20Hz to 16kHz. They come with dual omni-directional mics with a frequency response range of 100Hz to 8kHz. The 145cm cable ends in a 3.5mm headphone jack that can either be connected directly to any compatible device or to an inline remote that ends in a USB Type-C port. The inline remote comes with music control, mic mute button, and a dedicated button for Microsoft Teams. There is also a version of the inline remote that works with popular unified communication (UC) platforms.