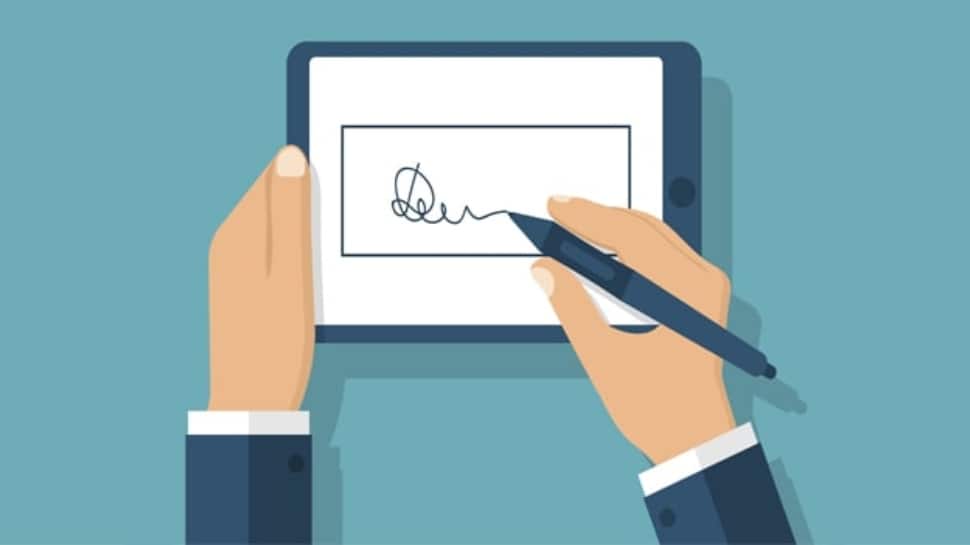 Digital signatures often prove to be a pain for a lot of people and therefore, they take out printouts and then do physical signatures on the same.

But this process can be time-consuming as that would require printing, signing and scanning a document.

To make it easy, there are a few tools and ways with which you can easily add a digital signature to your PDF documents.

Windows: Windows users come with several third-party software which can further be used for signing the documents digitally. Two of them are Adobe Acrobat Reader and DocuSign.Adobe Acrobat Reader allows users to see document files and then add a digital signature to the document via typing or drawing. You can easily save up to a maximum of two signatures in the free version. Another one is DocuSign where there is an option to import a document, add your signature and then send an email to the person you want to share it with.

Mac: Adobe Acrobat Reader DC can be found in Mac too and you don’t have to think about third-party apps as Apple comes with a signature feature in its preview app. The process is very simple as you just need to open the document in Preview and then click on the sign button on the toolbar. After that, add and set up your signatures in Preview. Then you have to use a trackpad to draw a signature or further use the camera to scan the signature or with the help of the camera, you can scan the signature from white paper. Then tap on the sign button on the document and you can easily insert the signature.

iPhone: Apple iOS devices come with the signature functionality along with the Markup tool which is basically available to use with several apps, including mail, photos and messages. In order to add a signature to the document on the iPhone, click on the attachment/document and then tap on the markup tool.

The markup tool comes with several tools to draw and then tap on the plus symbol in the right corner. Further clicking on the plus symbol gives the option for Sign which is basically for the Sign option and then you can draw your signature on the phone and add it to any document. The iCloud Keychain helps in the automatic syncing of signatures across all of your devices.

Android: Android lacks a built-in feature for signatures, but there are several apps that are available on the Play Store like Xodo PDF reader and editor which basically helps in making signatures through the device’s touchscreen. After the signature is set up, you can easily insert that into any document directly.