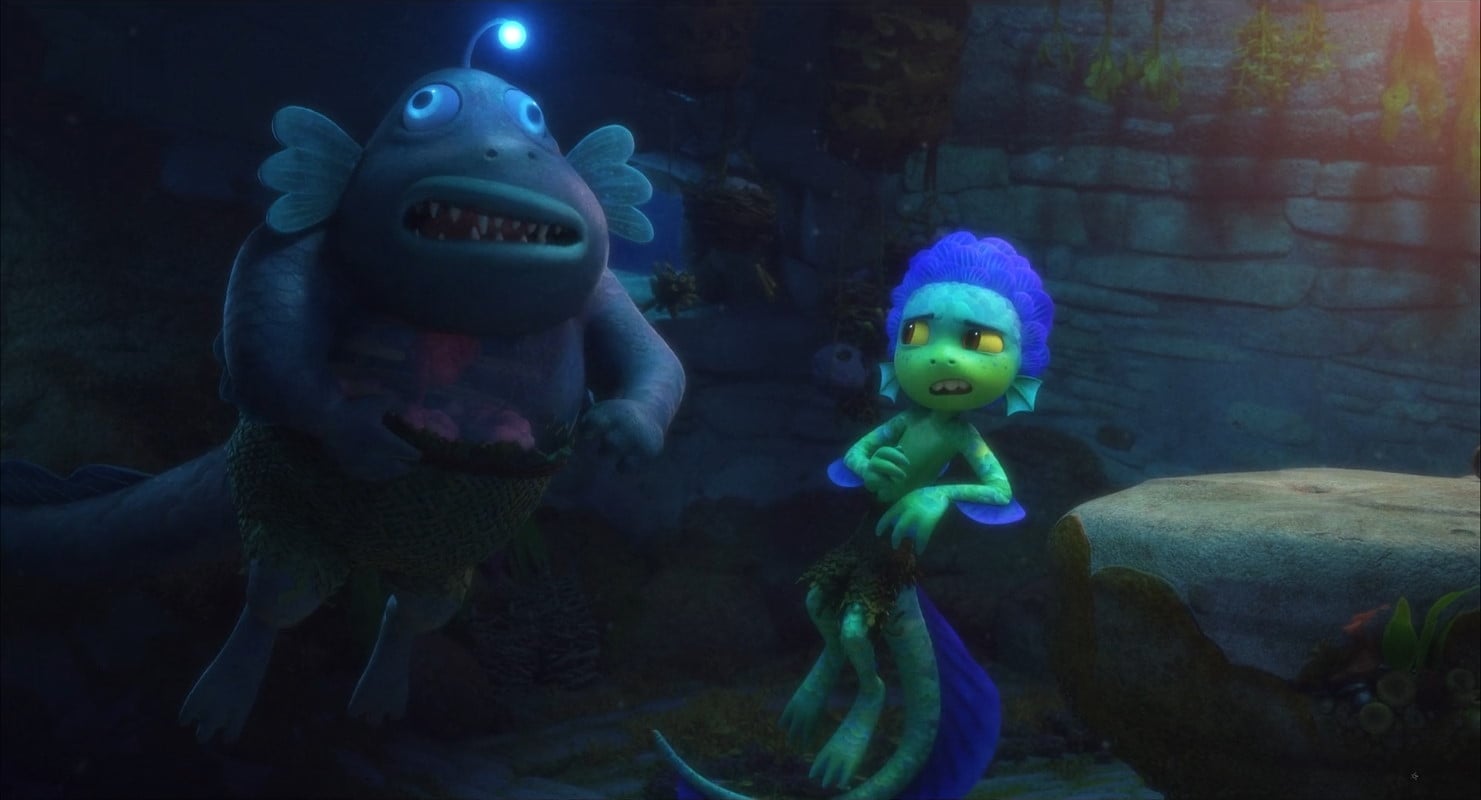 Luca — out now on Disney+ and Disney+ Hotstar — is the rare Pixar movie to have a scene during the credits. The last time Pixar did that was five years ago with Finding Dory, the sequel to the Oscar-winning Finding Nemo. Just as with Finding Dory, the Luca post-credits scene doesn’t focus on any of the film’s lead characters, Luca Paguro (Jacob Tremblay), Alberto Scorfano (Jack Dylan Grazer), or Giulia Marcovaldo (Emma Berman). Instead, it plays off on a hilarious side character, Luca’s deep-sea relative Uncle Ugo (Sacha Baron Cohen). If you missed it, read on to discover what it entails.

Spoilers ahead for Luca.

Uncle Ugo makes a cameo appearance early into Luca, after Luca’s mother Daniela Paguro (Maya Rudolph) finds out that her son has been whisking away beyond the surface. It’s something she has expressively forbidden Luca to do, and as such, some punishment is in order. Daniela has already called on their relative Uncle Ugo — the brother of Luca’s father Lorenzo Paguro (Jim Gaffigan) — who has swam all the way from his home in deep sea. Luca’s mother tells him that he will be forced to live with Uncle Ugo for the rest of the summer, for his own protection.

Luca Review: Pixar Movie Is an Ode to Friendship — and Vespas

Baron Cohen gets a couple of lines — after Luca punches his heart through a see-through body, common for creatures who live in deep sea — joking about how life is quite fun down under as there is nothing to see and all the whale carcass one can want. Just keep your mouth open and pieces of whale carcass just float into your mouth, Uncle Ugo adds nonchalantly, unaware of how terrible that sounds. For Luca, this is the opposite of his experiences on land with Alberto. No wonder the boy flees to the surface.

The Luca post-credits scene finds Uncle Ugo back home in the deep. He seems to be talking directly to us: “Some people think I’m mad to live in the deep. I’m not mad, they are mad. It’s a nice simple life, away from the hustle and bustle that you don’t want.” As he continues talking, tiny pieces of whale carcass float into his mouth. Ugo then adds: “I can talk without stopping for 12 hours, and you get to listen so you lucky.”

Cut to showcase a tiny fish, one of the many that Luca was shepherding when the Pixar movie begins. The fish sneaks away out of frame as the scene ends, revealing that it’s clearly been dragged by Uncle Ugo to deep sea against its will. And that’s it — there isn’t much to the Luca post-credits scene, just an additional extended gag. But Pixar movies don’t generally have scenes in the credits, so this is quite a novelty.

Luca is now streaming on Disney+ and Disney+ Hotstar. It’s released in cinemas in countries where Disney+ is not available.