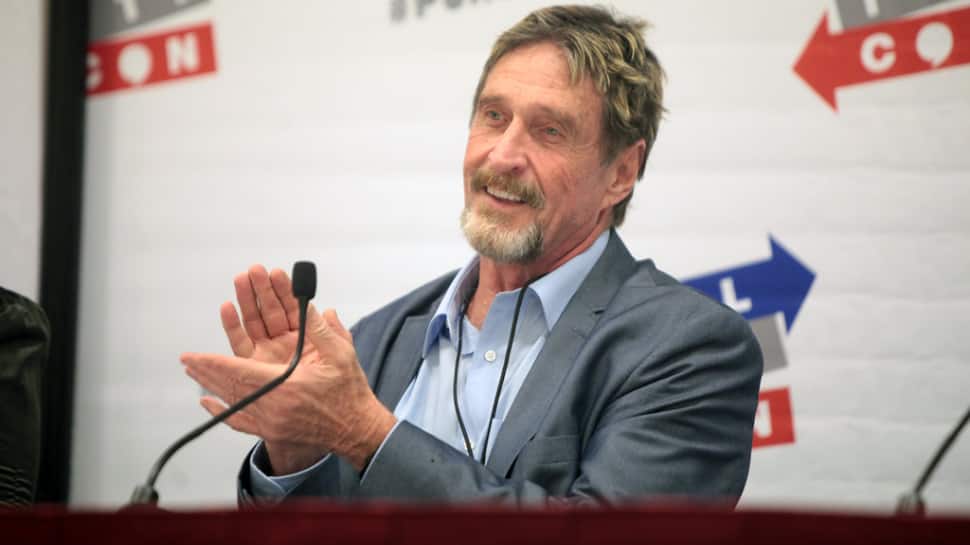 New Delhi: McAfee antivirus software creator John McAfee’s widow has said that the late entrepreneur was not suicidal. His widow Janice told media publications on Friday (June 25) that she blames the US authorities for his death inside a Spanish prison near Barcelona. McAfee was reportedly awaiting his extradition to the United States. Notably, hours earlier his suicide, a Spanish court had issued a preliminary ruling in favour of the 75-year-old tycoon’s extradition to the US, which has increased the suspicion of his sudden death.

Janice is now demanding a thorough investigation related to the circumstances of the death of her husband.

Spanish authorities have previously said that the software mogul died due to suicide. McAfee`s lawyer Javier Villalba has also made a request for a second autopsy on behalf of the McAfee family.

Previously, security personnel at the Brians 2 penitentiary near the northeastern Spanish city tried to revive him.

According to a PTI report, Tennessee prosecutors had charged McAfee with evading taxes after failing to report income made from promoting cryptocurrencies while he did consultancy work, as well as income from speaking engagements and selling the rights to his life story for a documentary. Also Read: Apple working on tamper-proof camera indicator for AR headset privacy

McAfee was arrested in October 2020 at Barcelona’s international airport. At that time, a judge had ordered that he should be held in jail until the final result of the outcome of hearing on extradition comes out. Also Read: Mahindra XUV700 to launch with high-beam assist, production may begin next month