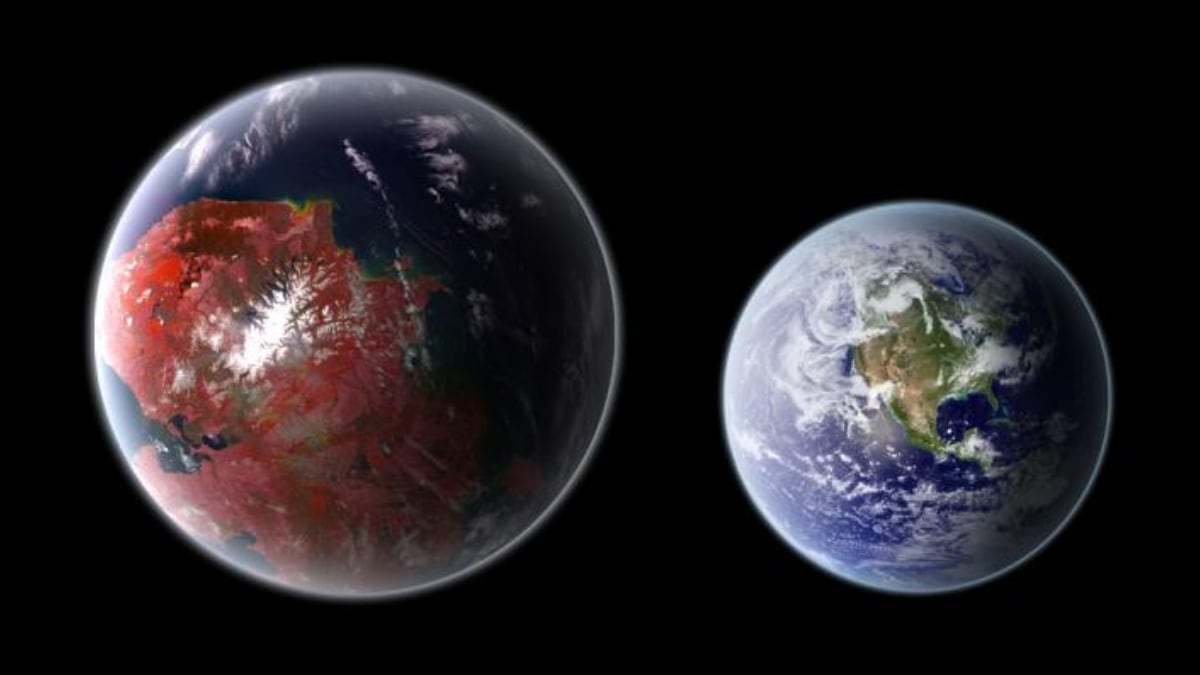 A new study of exoplanets — planets beyond our solar system — has revealed that none of them, despite previously thought to be habitable, may have the right Earth-like conditions needed to sustain life. The researchers focussed on understanding the conditions required for oxygen-based photosynthesis that allows complex biospheres found on Earth to flourish. Even though the number of planets in our own Milky Way galaxy has been confirmed in thousands, those with conditions similar to Earth and in the habitable zone are not very common, the study stated. A habitable zone means the region around a star where the temperature is just right for liquid water to exist on the planet’s surface.

The study titled “Efficiency of the oxygenic photosynthesis on Earth-like planets in the habitable zone” has been published in Monthly Notices of the Royal Astronomical Society. Researchers said that only Kepler-442b — a rocky planet with a mass twice that of the Earth — comes close to receiving the radiation necessary to sustain a large biosphere. This planet, the study said, is about 1,200 light-years away and orbits a moderately hot star.

The research evaluated the amount of energy these Earth-like planets received from their host star and if it was enough for living organisms to “efficiently produce nutrients and molecular oxygen” that are critical for complex life.

Even planets orbiting cooler stars known as red dwarfs that smoulder at roughly a third of the Sun’s temperature, could not receive enough energy to even activate photosynthesis, the study revealed.

“This study puts strong constraints on the parameter space for complex life, so, unfortunately, it appears that the ‘sweet spot’ for hosting a rich Earth-like biosphere is not so wide,” Giovanni Covone,a professor at the University of Naples and the lead author of the study said in a statement.

The team calculated the amount of photosynthetically active radiation (PAR) a planet receives from its star. They discovered that stars around half the temperature of the Sun cannot sustain Earth-like biospheres, for they fail to deliver enough energy in the correct wavelength range. The study further said that even if Oxygenic photosynthesis were possible, such planets could not sustain a rich biosphere.