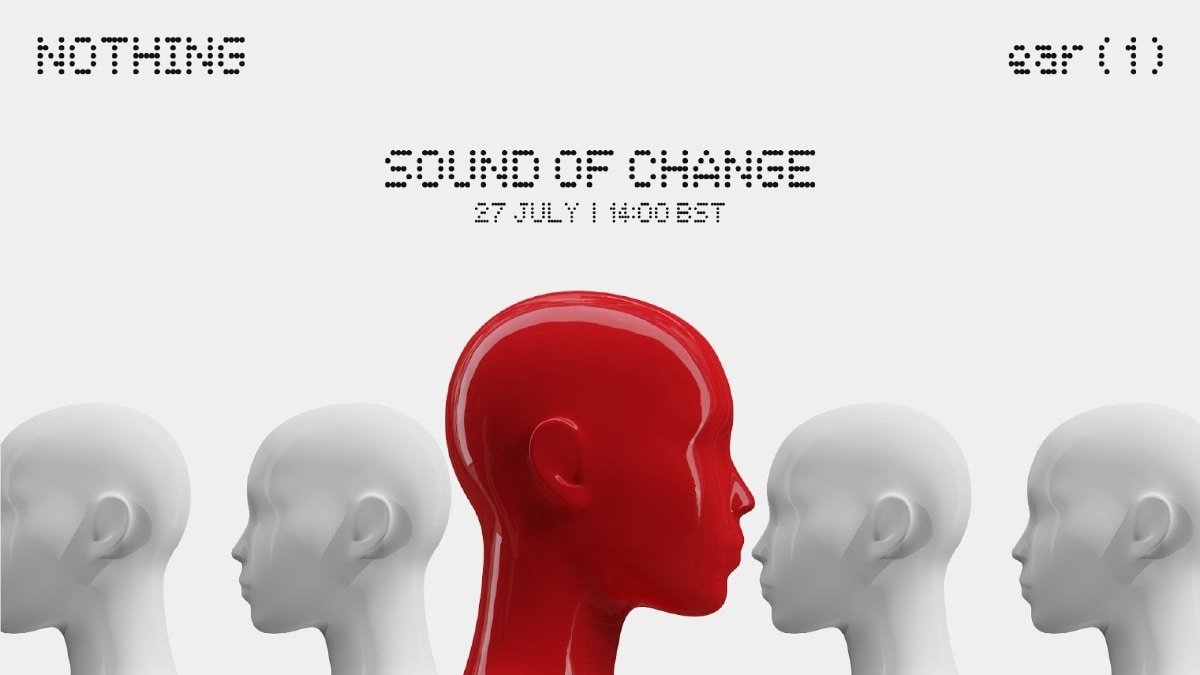 Nothing will unveil its Ear 1 true wireless stereo (TWS) earbuds on July 27. The earbuds will be the first product from company, started by OnePlus co-founder Carl Pei last year. Nothing is backed by GV (formerly Google Ventures) and has investors including iPod inventor Tony Fadell, and Twitch Co-Founder Kevin Lin. The Nothing Ear 1 TWS earbuds could debut as a competitor against the likes of Apple’s AirPods and Samsung’s Galaxy Buds.

Nothing is hosting the Ear 1 TWS earbuds launch at 2pm BST (6:30pm IST) on July 27. The earbuds will be the beginning of the venture built by OnePlus Co-Founder Carl Pei that he started in October last year after leaving the Chinese smartphone brand.

The earbuds are claimed to have a combination of “transparency, iconic form, and refined functionality,” under one package. The transparent design of the new offering could be among its key selling points against the competition. Earlier this year, Nothing partnered with Stockholm-based electronics manufacturer Teenage Engineering to design the Ear 1.

It also acquired smartphone company Essential that was once owned by Android maker Andy Rubin.

Last month, Nothing announced that it was planning to launch the Ear 1 earbuds in June. Pei, however, recently suggested some delay in the original plans. “We’re near the finish line and there are a few things left to finalise,” he said on Twitter.

Alongside other markets globally, Nothing is preparing to make its TWS earbuds available for purchase in India. The London-headquartered company appointed Samsung executive Manu Sharma as its India market chief. It also recently announced its partnership with Flipkart.

According to market research firm Counterpoint, the global market of TWS earbuds would grow 33 percent year-over-year in 2021 and reach 310 million units. The market already saw a faster growth of low- to mid-end models over top-end brands, owing to the economic downturn due to the pandemic. In that scenario, a new entrant like Nothing needs to consider a competitive pricing for its new offering to gain initial shipments growth.

Details about the pricing and specifications of the Nothing Ear 1 are yet to be revealed. Nevertheless, the company may soon reveal some information through public teasers ahead of its formal launch.