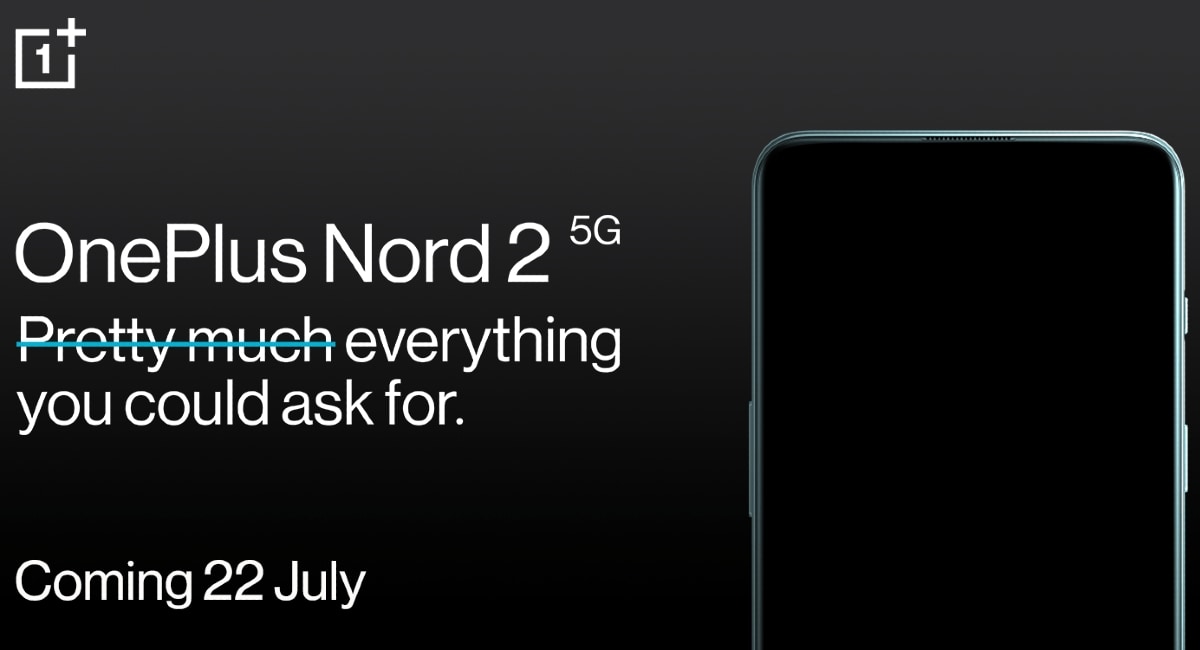 OnePlus Nord 2 5G is set to launch in India on July 22, Amazon has revealed through a dedicated listing. The new development comes just after OnePlus formally confirmed the existence of the new Nord phone and announced it with an enhanced MediaTek SoC. OnePlus Nord 2 5G will arrive as a successor to the OnePlus Nord that was launched in July last year. The upcoming smartphone is rumoured to retain the hole-punch display design that debuted on the original OnePlus Nord last year.

Amazon India has listed OnePlus Nord 2 5G on a dedicated microsite. It doesn’t provide any additional details about the smartphone, though the listing does clearly mention its launch date.

“Join us on July 22 as we officially introduce the OnePlus Nord 2 5G for our users in Europe and India,” a note on the Amazon listing said.

Earlier this week, OnePlus confirmed the existence of the OnePlus Nord 2 5G and announced that it would come with a MediaTek Dimensity 1200-AI SoC that will be a tweaked version of the existing Dimensity 1200 chip.

The OnePlus Nord 2 5G may be available for purchase during Amazon’s Prime Day sale in India. The annual sale is taking place between July 26–27, as per a tweet posted by the online marketplace.

To give some perspective, OnePlus Nord was launched in Indian market with a starting price of Rs. 24,999.

In terms of specifications, the rumour mill has suggested that OnePlus Nord 2 5G would feature a 6.43-inch full-HD+ AMOLED display with a 90Hz refresh rate and carry a triple rear camera setup, along with a 50-megapixel primary sensor. The smartphone is also expected to have a 32-megapixel selfie camera sensor. Further, it may have 8GB + 128GB and 12GB + 256GB storage variants. OnePlus Nord 2 5G may also come with an in-display fingerprint sensor and include a 4,500mAh battery.

Is OnePlus 9R old wine in a new bottle — or something more? We discussed this on Orbital, the Gadgets 360 podcast. Later (starting at 23:00), we talk about the new OnePlus Watch. Orbital is available on Apple Podcasts, Google Podcasts, Spotify, and wherever you get your podcasts.