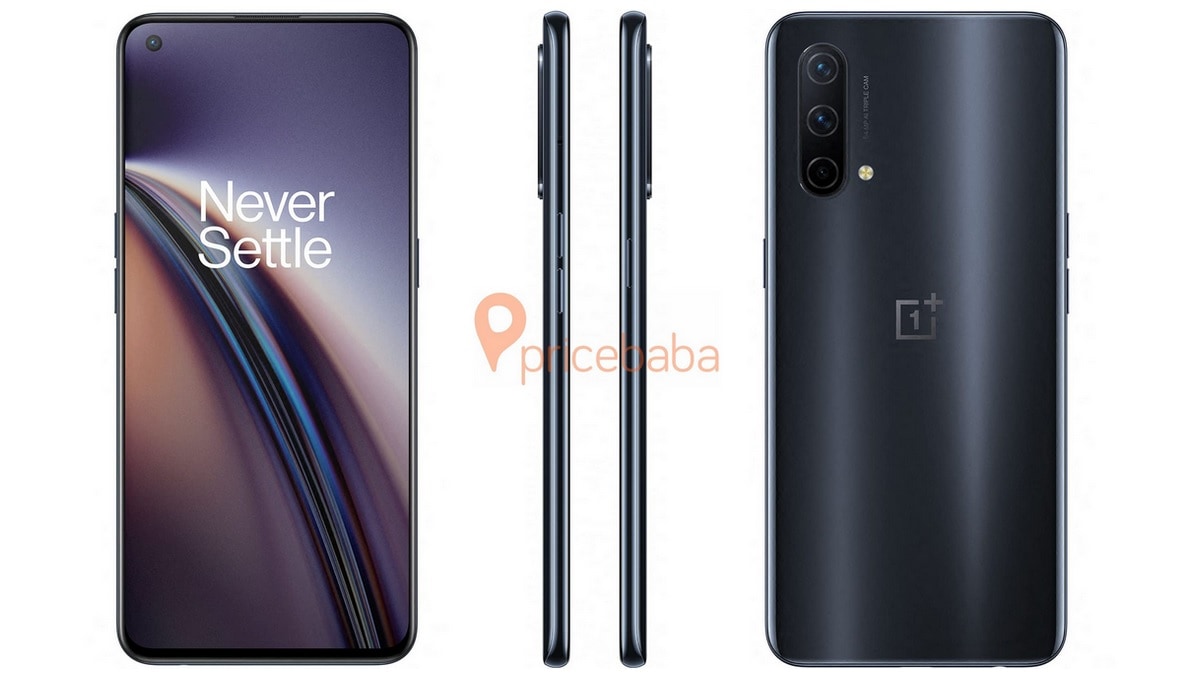 OnePlus Nord CE 5G India launch is in a couple days and, ahead of the launch, renders showing its two colour options have surfaced online. The phone can be seen from the front, back, and the sides in the colours that will likely be called Blue Void and Charcoal Ink. OnePlus Nord CE 5G is set to launch in India on June 10, along with the OnePlus TV U1S series. And the company has also revealed some specifications of both the products. Furthermore, a known tipster states the company has another Nord smartphone planned for a July launch and it could be the OnePlus Nord 2 (not the official name).

Known tipster Ishan Agarwal has shared a few renders of what is claimed to be the OnePlus Nord CE 5G in collaboration with Pricebaba. They show two colours — Blue Void and Charcoal Ink. The Charcoal Ink colour variant was also accidentally leaked by Amazon last week. The renders show the power button on the right side and volume controls on the left. It also suggests the OnePlus Nord CE 5G will come with an in-display fingerprint scanner.

A triple rear camera setup along with a hole-punch cutout for the selfie camera can be seen in the renders as well. Agarwal says that the OnePlus Nord CE 5G will be offered in 6GB RAM + 128GB storage, 8GB RAM + 128GB storage, and 12GB RAM + 256GB storage variants. Additionally, the tipster claims the phone will feature a 90Hz Fluid AMOLED display.

OnePlus had earlier shared the design of the OnePlus Nord CE 5G on Amazon, but the leaked renders show more of the phone, as well as an additional colour variant.

Till now, OnePlus has revealed that the OnePlus Nord CE 5G will feature a 64-megapixel primary sensor on the back, a 4,500mAh battery with Warp Charge 30T Plus fast charging support, and a 3.5mm headphone jack. The phone will be just 7.9mm thick and will be unveiled on June 10. Pre-orders will start from June 11 and open sale from June 16.

In other news about the OnePlus Nord-series, tipster Mukul Sharma has shared on Twitter that OnePlus has another Nord smartphone in the works that will launch in July. He speculates that the device could be called OnePlus Nord 2. To recall, the OnePlus Nord, too, launched in India in July last year. The tweet doesn’t specify if the information pertains to another device launching in India or elsewhere, which means that it could also be the OnePlus Nord N200 that is scheduled to launch in the US and Canada.