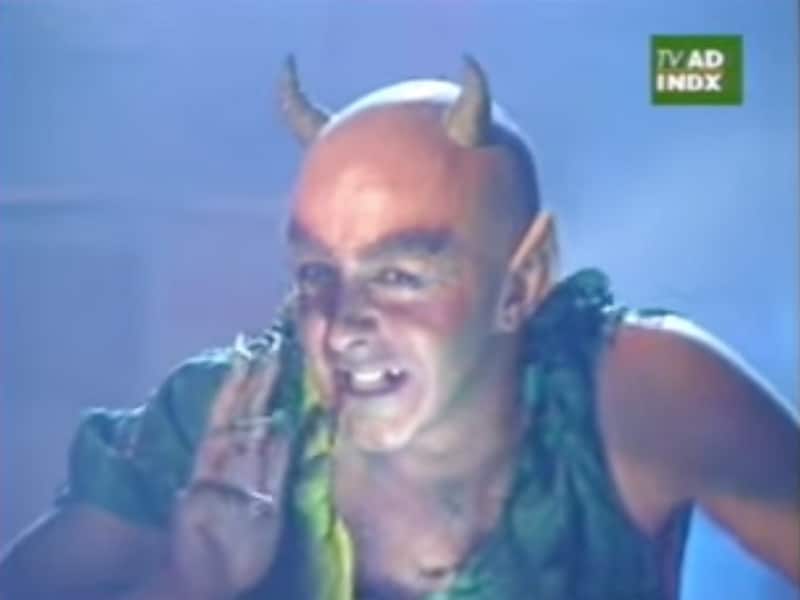 Onida was trending on Twitter this weekend but it wasn’t because the brand made any announcement. It was a trip down memory lane for 90s kids, after one user triggered a storm of nostalgia by sharing Onida’s famous ‘devil’ ad on the social network. Although the world has moved on to binge-watching series on Netflix and Amazon Prime, TV time was often family time in the 90s and so we still reminisce not just about the shows but also the ads we saw back then. And one advertisement that almost every 90s kid can recall is the Onida TV commercial, featuring a ‘devil’.

On Sunday, a Twitter user, @srivstawa, shared a photograph of Indian actor Ashish Chaudhary, who once featured in the Onida commercial as the devil. In this picture, the devil has long green-coloured nails, is bald and has horns on his head.

“This belongs to a TV commercial from early 90’s. I was scared of him. Any guesses?” Rishab asked — and he tapped into a rich vein of nostalgia on Twitter.

The tweet went viral, for the photograph reminded everyone of the time they sat in their bedrooms and drawing rooms with their families and watched TV.

Twitter users shared their memories from the time the ad aired on TV. Some pointed out that much before Ashish, it was David Whitbread, who featured as the Onida mascot, a devil. “David Whitbread was the original “Devil” in Onida Ads,” recalled a Twitter user, @Kashif_DXB_KNN.

David Whitbread was the original “Devil” in Onida Ads pic.twitter.com/iFhspMsZLc

Another user, too, reminded users that actor Ashish came much later and “David Whitbread was original Devil of early 90s.”

Ashish came in much later…David Whitbread was original Devil of early 90s…. pic.twitter.com/PTJnSDcPLj

Twitter user @sunita1712 shared this video of the first ad and said: “It was as scary as hell.”

The first one wasn’t Ashish Chaudhary. It was scary as hell. pic.twitter.com/c9PY5oih6o

And then some people recalled how they or their parents bought the Onida TV.

My family bought Onida color TV 21″ in 1997 for 22k. We still watch TV on the same set. Replaced motherboard once for 3k and we still don’t have any modern panel.????

ONIDA! ????????
I actually enjoyed their ads
Bcoz it was the 1st TV we had, we only changed it a few years ago, it lasted quite a long time & we changed it only coz we wanted flat LED screen.
I’d probably still buy an ONIDA TV out of nostalgia if a good product comes into market.

“Very fond memories with Onida tv. My brother was adamant to watch the India Pakistan match in stadium in Chennai but we didn’t have tickets and he was just kicking all the things and throwing tantrums,” wrote @uniqneel. “My uncle went to viveks and immediately bought tv for him to watch match.

My brother was adament to watch india pakistan match in stadium in chennai but we didnt had tickets and he was just kicking all the things and throwing tantrums. My uncle went to viveks and immediately bought tv for him to watch match.

Here are some more reactions:

These users shared pictures of Onida TV sets they were still using.

It feels like it’s been there for 100 years. This still works fine. pic.twitter.com/QW9WAfkUWy

I still have Onida TV at my home – 25 years – working absolutely fine, needed only one repair with the remote system.

Are you a 90s kid? What are your fond memories from the time you spent with your family and watched TV? Let us know if you, too, were scared of the Onida devil.