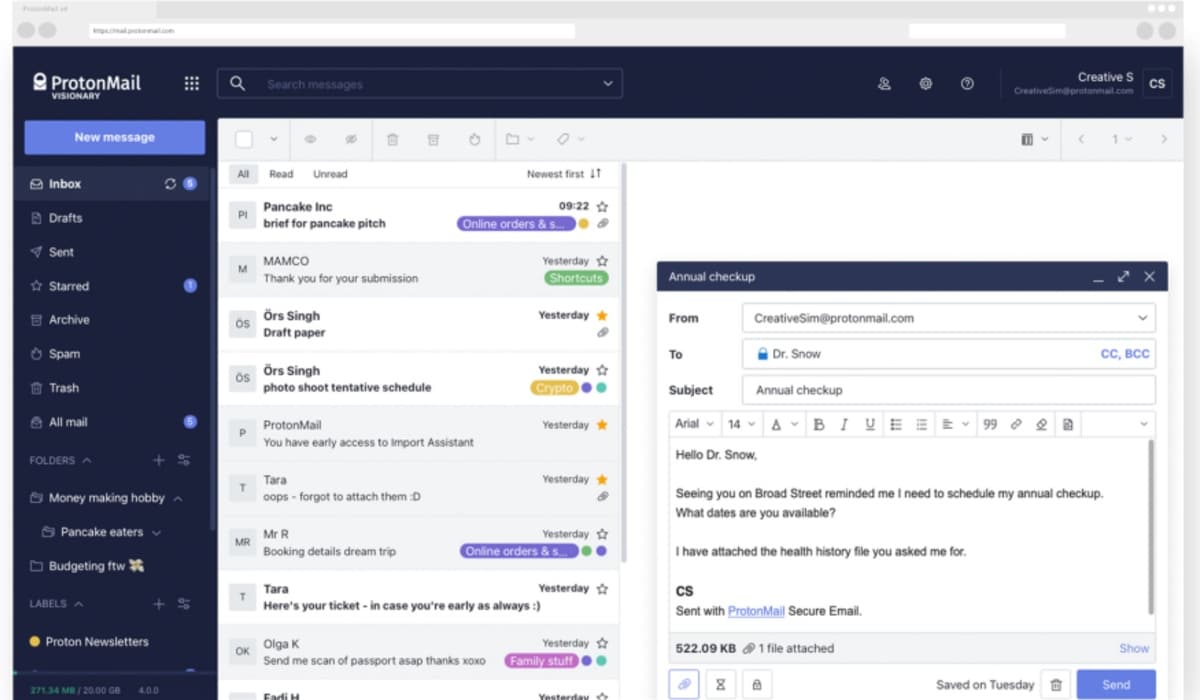 ProtonMail, the end-to-end encrypted email service, has received a new look and feel that brings a more convenient interface along with new personalisation options. The new redesign has been released a little over seven years after Geneva, Switzerland-based Proton released the first public beta of ProtonMail for Web users back in May 2014. ProtonMail competes against the likes of Gmail and Microsoft’s Outlook by offering end-to-end encryption that’s been in trend, thanks to its growing adoption among tech platforms.

The latest ProtonMail update brings the new, “modern” look that is based on a new design language. There are also multiple layouts and themes to choose from. The new themes particularly have a mix of dark and light hues and are namely Carbon, Contrast, Legacy, Monokai, Snow, and the default Proton.

ProtonMail has also included quick filters to let you easily sort your emails. Additionally, there are keyboard shortcuts that make it even easier to check for messages.

As ProtonMail is one of the key products by Proton but not just a single one, there is a new App selector to let you switch between different Proton services — such as Proton Calendar, Proton Drive, and Proton VPN.

Users who are on any other email services can move their messages to ProtonMail using an integrated feature called Import Assistant. It initially brought the feature as a standalone Import-Export app that was available in beta until November.

“We have redesigned ProtonMail to be easy to use, but it still ensures you are in control of your information at all times,” the company said in a blog post. “The new ProtonMail is a crucial step toward our vision of building an internet where privacy is the default.”

The new experience is initially limited to users accessing ProtonMail on the Web. However, the company does have plans to do a similar treatment for its mobile apps in the coming months.

In case you aren’t much familiar with ProtonMail, the email service is claimed to have over 50 million users globally. The service gained popularity mainly due to its end-to-end encryption model that is claimed to be more secure and private over the traditional Transport Layer Security (TLS) encryption.

The privacy side of ProtonMail is something that makes it a stronger competitor against popular email services including Google’s Gmail. The company knows this fact quite clearly and thus it paid more attention towards building an encrypted environment over preferring regular interface-level updates — the latter is what’s more common among the competitors. However, as people at a large scale nowadays look for convenience alongside privacy, Proton has finally brought the much-needed redesign.