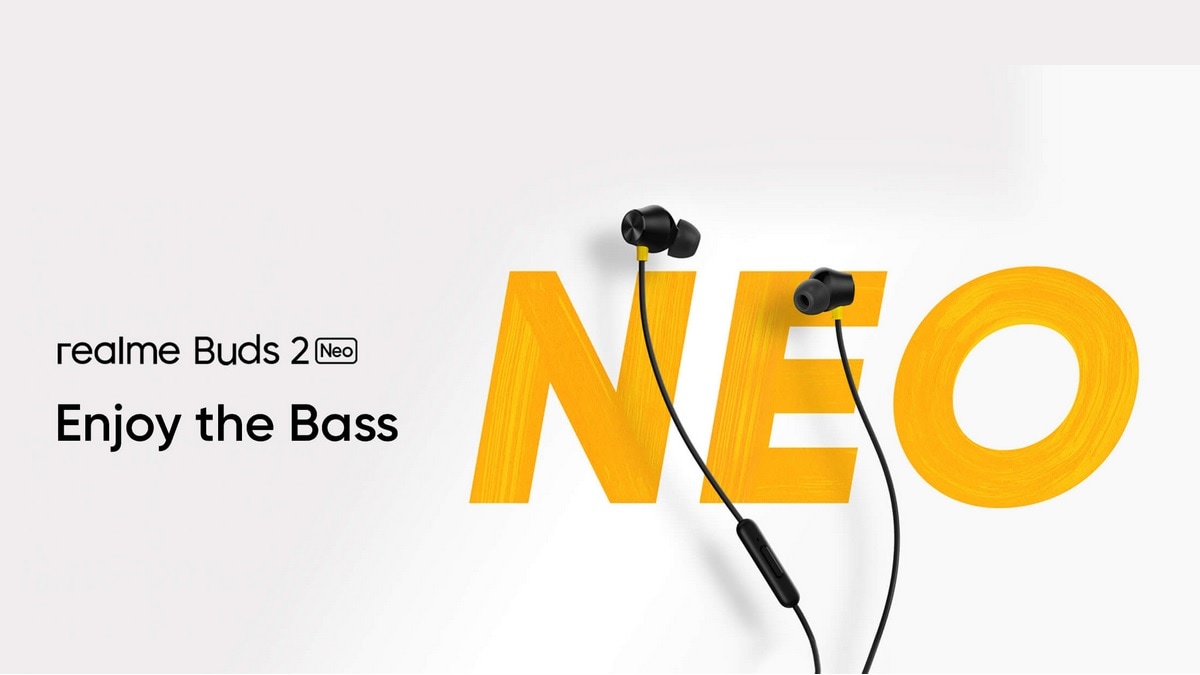 Realme Buds 2 Neo are priced at Rs. 499, as per the Flipkart listing that states they are ‘Coming Soon.’ The company has shared on its India website that the Realme Buds 2 Neo earphones will be unveiled on July 1 at 12:30pm IST. They will be offered in Black and Blue colours with the overall design being similar to Realme Buds 2 from August 2019.

Realme Buds 2 Neo feature 11.2mm dynamic drivers with deep bass. They come with a 1m gear-shaped tangle-free cable that has an inline remote with a mic. The cable ends in a 90-degree headphone jack for easier connections to devices. The inline remote comes with a single button that can be used for various actions including activating voice assistance. Realme Buds 2 Neo weigh just 14 grams.

Realme Buds 2, in comparison, do not have a 90-degree headphone jack and are offered in three colour options. They have magnets on the back of each casing that can keep the two heads stuck together when not in use. As of yet, Realme has not teased a magnetic casing for Realme Buds 2 Neo and this feature could be absent from the upcoming model, seeing as how the Realme Buds 2 Neo are Rs. 100 cheaper than the original model.