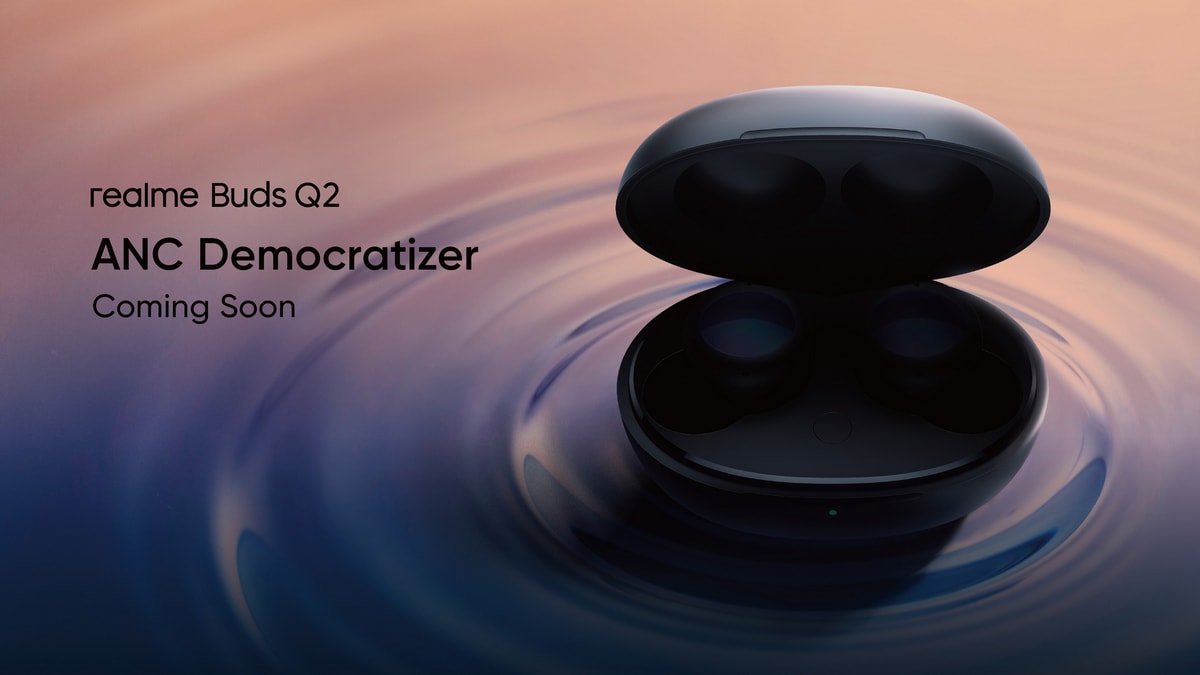 Realme Buds Q2 TWS earbuds have been teased through an event page on the company’s India website. These were launched in Pakistan in April this year and will soon be making their way to the Indian market. They seem to have the same design as the ones launched in Pakistan but boast of Active Noise Cancellation (ANC) instead of Environmental Noise Cancellation (ENC). Additionally, Realme X9 has been allegedly mentioned on the company’s India website ahead of its official launch. While the company has not shared a launch date yet, the new development suggests it could be announced soon.

Notably, the company launched Realme Buds Q2 in Pakistan at the end of April for PKR 3,999 (roughly Rs. 1,900). But, they did not advertise ANC, but featured ENC instead. However, the design teased on the India website event page seems quite similar to the model launched in Pakistan. It could be that Realme has tweaked some features for the Indian launch.

Furthermore, known tipster Mukul Sharma has shared on Twitter what he claims to be an official website listing of the Realme X9. The company is yet to announce the Realme X9 series and this alleged website listing suggests it may be unveiled soon. Additionally, the screenshot shared by Sharma also mentions three other rumoured phones, Realme 9, Realme XT 3, and Realme GT 2 which he spotted on the official website earlier this month.

Till now, the Realme X9 series, which will likely include the vanilla Realme X9 and the Realme X9 Pro, has been part of several leaks and rumours. Last week, it was reported that the Realme X9 will be powered by the Qualcomm Snapdragon 778G SoC and could cost CNY 2,000 (roughly Rs. 22,800) while the Pro variant could cost CNY 2,500 (roughly Rs. 28,500). The Realme X9 Pro was allegedly spotted in a TENAA listing with key specifications and is said to be powered by the Snapdragon 870 SoC. It may feature a 6.55-inch full-HD+ OLED display, a 4,400mAh or 4,500mAh battery, 5G support, and run Android 11 out-of-the-box. It could measure 159.9×72.5x8mm and come with a curved display that supports 120Hz refresh rate.

Realme has not shared any official information on the Realme X9 series and there is no release date yet.