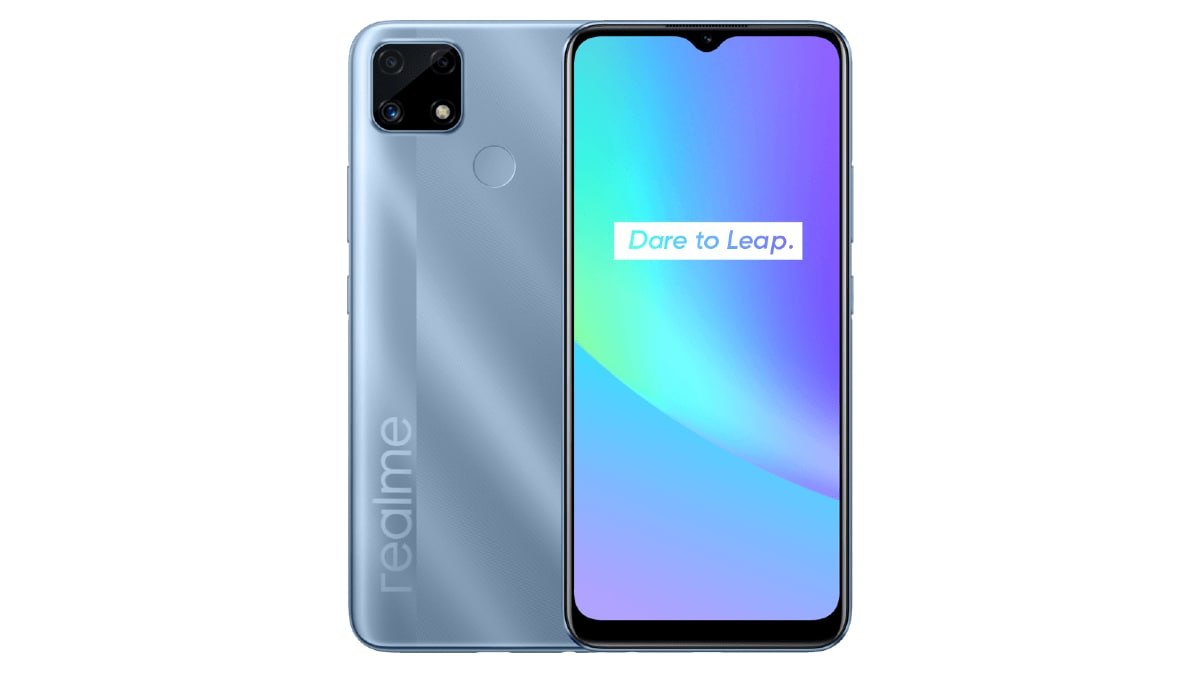 Realme C25s runs on Android 11-based Realme UI 2.0. It features a 6.5-inch HD+ (720×1,600 pixels) LCD multi-touch display with 88.7 percent screen-to-body ratio, TUV Rheinland certification, and 570 nits max brightness. The phone is powered by the MediaTek Helio G85 SoC, paired with 4GB of RAM. Internal storage options of up to 128GB are offered with the choice to expand further using a dedicated microSD card slot (up to 256GB).

There is a triple camera setup on the back of Realme C25s with a 13-megapixel main sensor, a 2-megapixel black and white sensor, and a 2-megapixel macro lens. Camera features include Super Nightscape, Ultra Macro Mode, and more. At the front, the phone has an 8-megapixel selfie camera.

Realme C25s packs a large 6,000mAh battery with 18W fast charging support. With just 5 percent of charge, the phone claims to allow for 5.65 hours of Spotify, 70.36 hours of standby time, 2.52 hours of calling, or 1.92 hours of WhatsApp chatting. The phone has a fingerprint sensor on the back.