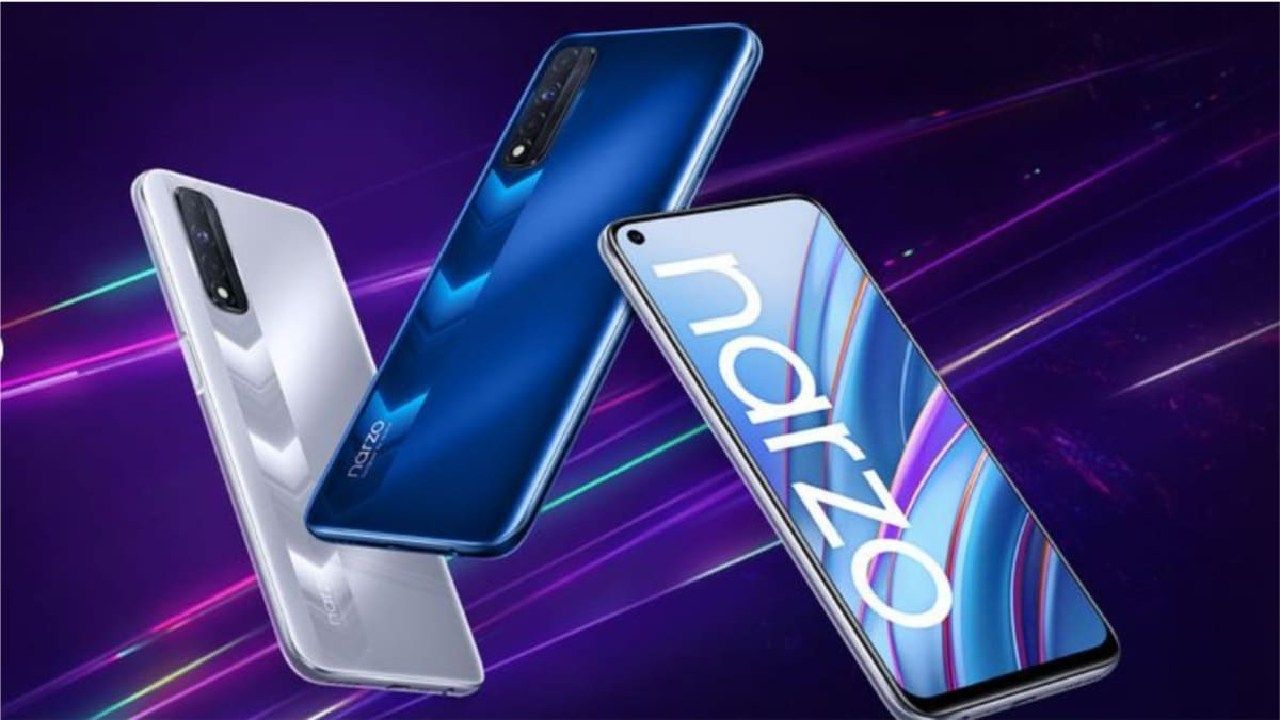 Realme Narzo 30 5G and Narzo 30 4G will launch in June in India, the company has confirmed. Realme Narzo 30A and Narzo 30 Pro were both launched in India earlier this year and now the standard Narzo 30 is all set to arrive in two variants. Realme CEO Madhav Sheth has also revealed that the Narzo 30 5G will be powered by the MediaTek Dimensity 700 processor which we have previously seen on phones such as the Realme 8 5G and Poco M3 Pro 5G.

Carrying forward the #PowerMeetsStyle legacy, #realmeNarzo30, and #realmeNarzo305G is all set to win the hearts of Young Players once again!

Launching this month, RT if you are excited. pic.twitter.com/Pmtac8T53U

According to a tweet by Madhav, the company has been working on the 4G and 5G version of the standard Narzo 30 and is ready to bring it to India this month itself. The Narzo 30 4G and 5G models will sit between the Narzo 30A and Narzo 30 Pro, completing the lineup. Furthermore, in a separate tweet, Madhav has revealed that the Narzo 30 5G will be powered by the MediaTek Dimensity 700 5G processor.

The Realme Narzo 30 4G and 5G variants have launched globally in the past few months and both of them are quite similar inbuilt and specifications. Here’s everything you need to know about the Realme Narzo 30.

The Realme Narzo 30 4G and 5G variants that launched globally feature the same 6.5-inch Full HD+ display that offers 90Hz refresh rate support. The screen has a punch-hole notch cutout in the top-left corner. The Narzo 30 5G measures 8.5 millimetres in thickness and weighs 185 grams while the Narzo 30 4G has a thickness of 9.4 millimetres and is a little bit heftier at 192 grams.

The Narzo 30 5G and Narzo 4G both have a 48MP primary camera, 2MP macro camera and 2MP depth sensor. There is a 16MP selfie camera on the front as well. The power buttons on both phones double up as a fingerprint reader.