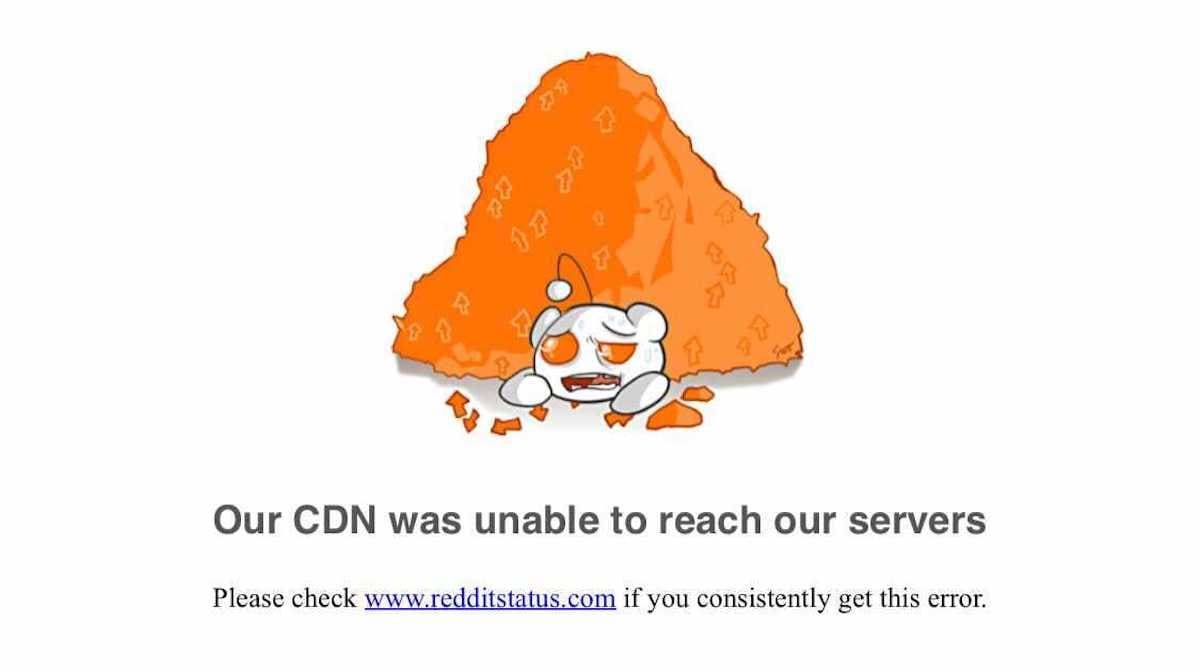 Reddit has been down for everyone since around 8am India time. This was confirmed on Reddit’s status site, which noted that Reddit has identified the problem and is working on a fix. This was also confirmed by DownDetector, which shows a spike of problems for Reddit at 8am. For now, users who visit Reddit.com are greeted with a message saying that the CDN cannot access Reddit’s servers. However since the problem has been identified this will likely be fixed soon.

According to the message on Reddit Status at around 7.30am, the company noted, “Error rates are elevated and requests are failing. A cause has been identified and a fix is being implemented.” It soon posted, “We are continuing to work on a fix for this issue.” Given the speed of the updates, this will likely be resolved soon.

Website outage tracker DownDetector also noted problems with Reddit in around the same period, as shown in this screenshot, where a sudden spike appears at 8am.

As of now, Reddit has not said what caused the issue it is facing — the only clue is the image on its mobile website, seen above, which says that the CDN cannot connect to Reddit servers. However, on the Reddit Status page, it marks the outage on Desktop Web, Mobile Web, and other Reddit functions, but added that the Reddit CDN Fastly is working fine.

Earlier, in June, a major outage from Fastly led to almost half the Internet being down, which Fastly would later explain was because of a software bug that was triggered by a customer. There was also a recent Internet outage because of a problem at Akamai, in July. And AWS had a major outage in November 2020. As these problems mount, we need to ask how reliable the infrastructure of the Internet is, at a time when we are debating the future of remote work.