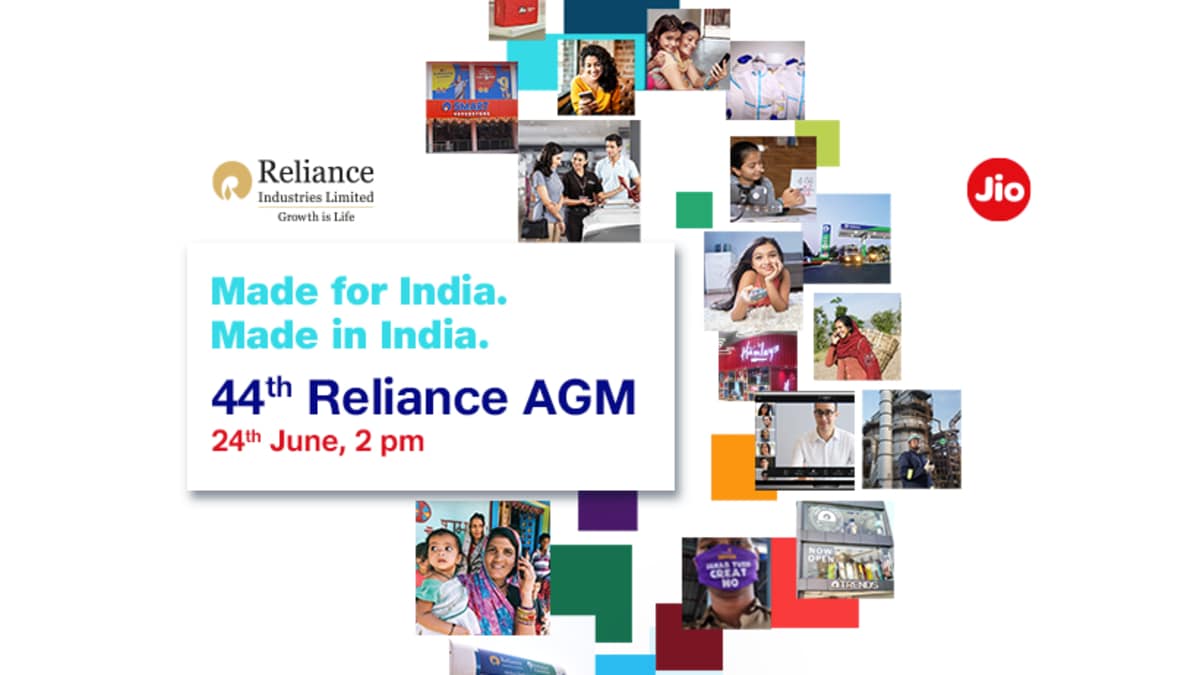 Reliance is all set to host its annual general meeting (AGM) today. The AGM is set to begin at 2pm IST and Reliance is expected to introduce a new 5G phone, a new laptop, and possibly detail 5G rollout plans as well. Ahead of the event, Reliance Jio has also released a new chatbot to enable users to get more information about the AGM. The Jio 5G phone is expected to be backed by Google and run on Android. The rumoured laptop, a first from the company, is likely to be called JioBook.

As mentioned, Reliance AGM 2021 will begin at 2pm IST. The event will be livestreamed on YouTube and other social media channels including Twitter and Facebook. You can watch the livestream below:

The new chatbot aims to answer queries about how to attend the virtual AGM event, the links for livestream, and much more. Users need to save the number +917977111111 or head to WhatsApp and send a ‘Hi’. A series of options will be offered by the chatbot and you can choose the one you prefer. Follow the steps mentioned to learn more about Reliance AGM 2021.

Reliance is anticipated to launch a new Jio 5G phone at the AGM. Early reports claim the phone is expected to be priced under Rs. 5,000. The Jio 5G phone is likely to be made in partnership with Google. Last year, the company had announced that it will announce affordable 4G and 5G phones based on the Android operating system.

In addition to the Jio 5G phone, Reliance may also announce Jio’s plans to roll out its 5G network. The company had earlier confirmed that 5G services would begin rollout in the second half of 2021 and Reliance may offer concrete details about the timeline. JioBook, a low-cost laptop, is also rumoured to be announced at the AGM. This laptop is expected to come with 4G LTE support.