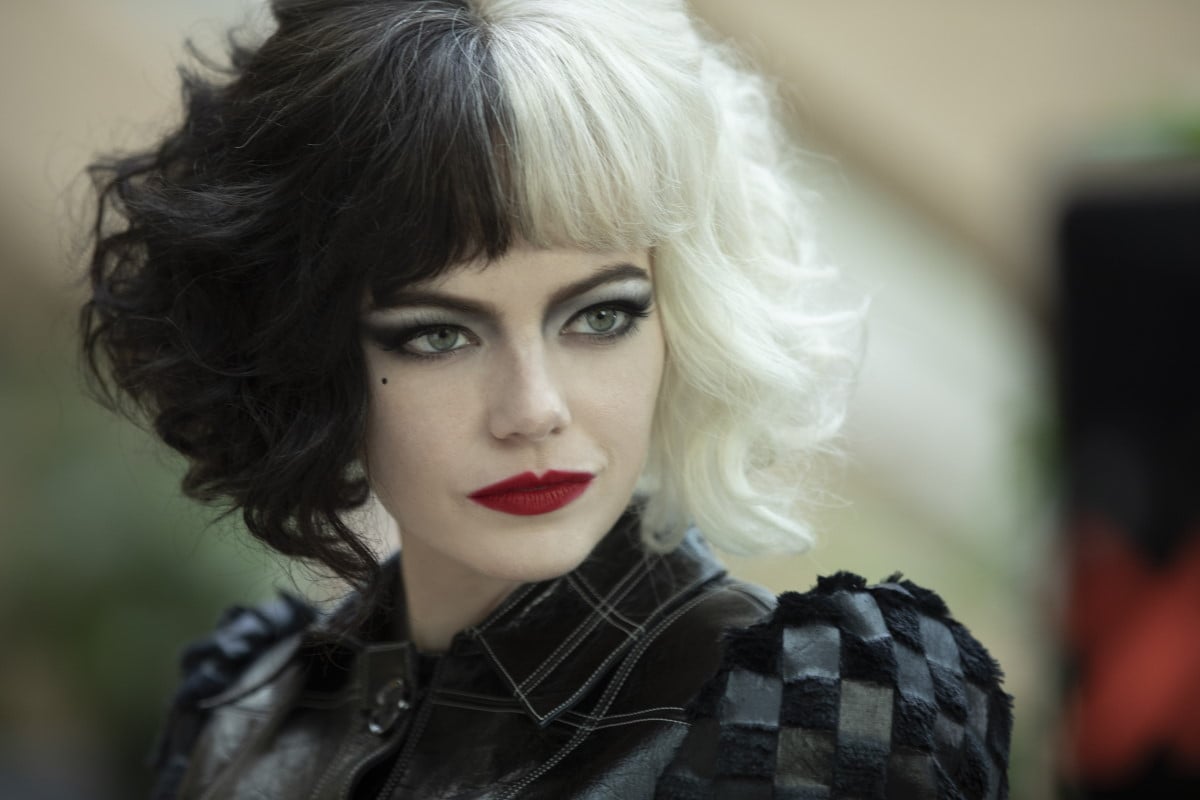 Cruella — out now on Disney+ Hotstar — has the same problem as Game of Thrones’ final season. Before it wraps up, the Disney movie needs Emma Stone to turn into the 101 Dalmatians villain (or thereabouts) that we all know. Just as Game of Thrones needed Daenerys Targaryen to become the antagonist. The HBO series failed spectacularly in that regard, and though Cruella’s heel turn isn’t as horrible, it’s certainly not believable. Events happen not because they make sense, but because they know they are part of a movie. Cruella tries to sell you on it with poetic lines delivered by the Oscar-winning Stone: “I’m not sweet Estella, try as I might. I never was. I’m Cruella, born brilliant, born bad, and a little bit mad.” She might be a terrific actress, but she can only carry the movie so much.

Stone is surrounded by a strong ensemble on Cruella, but most of them are unfortunately wasted. Second-billed Emma Thompson is stuck playing an out-and-out Disney villain in The Baroness, and hence only gets to play the same two notes for the film’s running. Mark Strong is cast as The Baroness’ thankless valet John, and he barely gets to do anything on Cruella except stand around Thompson. They might have as well have cast a lamppost. Killing Eve’s Kirby Howell-Baptiste gets little more than a cameo, but is named in the main cast. Joel Fry’s job is to serve as Cruella‘s moral centre and the lone normal guy. The only exception is Paul Walter Hauser, who is a riot and a delight in most scenes — that’s also because he gets some of the best lines.

It’s surprising that Cruella‘s creators are unable to offer more for any of them. It’s not like they are lacking in pedigree and shared qualities. Cruella‘s origin tale is a bit like The Devil Wears Prada, so Disney simply went and hired The Devil Wears Prada writer Aline Brosh McKenna to co-develop the story. It’s also similar to The Favourite — where Stone’s slippery character and self-serving motivations are so much richer — so Disney hired The Favourite co-writer Tony McNamara as one of the screenwriters. For what it’s worth, Cruella is a fast-paced slick affair. Parts of it are like a heist movie, there’s campy dramedy sprinkled in parts, and every scene of the Disney movie is a showcase for Oscar-winning costume designer Jenny Beavan (Mad Max: Fury Road).

Cruella oozes style — be it the costumes, the cinematography, or the soundtrack that is obsessed with needle drops, from Queen, David Bowie, Bee Gees, The Doors, Nina Simone, Tina Turner, The Clash, Black Sabbath, and The Rolling Stones — but it’s serving precious little substance.

From Cruella to The Suicide Squad, What to Watch in August

With a near-constant narration by Stone, Estella’s (Tipper Seifert-Cleveland) story begins in her childhood, who travels to London after a trio of Dalmatians get her mother (Emily Beecham) killed in the opening 10 minutes. It doesn’t make her hate Dalmatians (and turn them into fur coats) — not yet anyway. In fact, young Estella actually has a dog of her own Buddy, and grows up with another Wink, courtesy of two petty London thieves Jasper (Ziggy Gardner) and Horace (Joseph MacDonald). They grow up as a family who steals, with a young adult Estella (Stone) designing disguises and becoming rich in combination with the talents of Jasper (Fry) and Horace (Hauser). But Jasper knows Estella is way too talented to be grifting, so he gets her a job at the pinnacle of fashion.

Said pinnacle is run by The Baroness (Thompson), a renowned designer who operates in a universe of one with everyone existing to serve her, and treats the world like a zero-sum game. In one of her memorable rants in Cruella, The Baroness spouts: “You can’t care about anyone else. Everyone else is an obstacle. You care what an obstacle wants or feels, you’re dead.” The good-spirited amateur designer Estella is nothing like her, making it easy to root for her in the beginning. But she becomes more like the Baroness as the film goes on. Especially after Estella discovers how The Baroness is tied up with her past and then begins plotting, giving rise to one of the film’s many stupid lines: “They say there are five stages of grief. Well, I would like to add one more: revenge.”

But Cruella’s turn towards “bad and a little bit mad” doesn’t have a natural progression, as I said before. Not more than twenty minutes ago, sweet Estella with pretty makeup and an auburn wig was so glad that the thoughtful Jasper had got her a job at Liberty of London. Oh, but why would you do such a nice thing for me, Estella seemed to say. And then almost out of nowhere, she’s Cruella with heavy makeup plastered on her face, wearing all-leather and walking with a cane in her hand. When did she start ignoring those around her and thinking only of herself? There’s even a through-line of Jasper realising this and calling it out, but it’s never answered. It’s almost as if Cruella is laughing in the face of filmmaking logic, as if saying: “Nobody cares about that, darling.”

Bhuj, Cruella, The Empire, and More on Disney+ Hotstar in August

It does matter though. Cruella is terrible to Jasper and Horace, and she only apologises later because she needs them for another heist. She never redeems herself with her family, but they forgive her and stick around anyway, because she’s too cute and they can’t say no to her. Like what the hell. Cruella might be over the top, but it’s still normalising toxic relationships.

The Disney movie also wades into the nature vs nurture argument, and comes down heavily on the former side simply because it suits its narrative, contrary to what science might have to say about the situation. To dive into this, I will have to spoil Cruella‘s biggest twist — SPOILER WARNING, STOP READING IF YOU HAVEN’T SEEN THE FILM — that The Baroness is Estella’s birth mother. Discovering this, Estella starts believing that she draws her “bad and a little bit mad” traits from The Baroness, even as she was raised by someone so kind. If anything has truly shaped her, it’s living as an orphan on the London streets in the ‘60s and ‘70s. Now that would be a story to explore. Instead, Cruella skips that time entirely — because well, it’s Stone’s movie.

Cruella is bonkers and unhinged, it knows that and director Craig Gillespie (I, Tonya) does his best to embrace it. In a scene — after The Baroness discovers that it’s Estella who’s been upstaging her fashion shows as Cruella — that seems to be calling out the film’s absurdity, Cruella barks at her: “You’re going to kill me because I upstaged you?” But it seems like existing Disney canon (or Disney itself) is keeping Cruella from embracing its wilder side. That’s a shame.

Cruella is now streaming on Disney+ Hotstar in English, Hindi, Tamil, and Telugu.