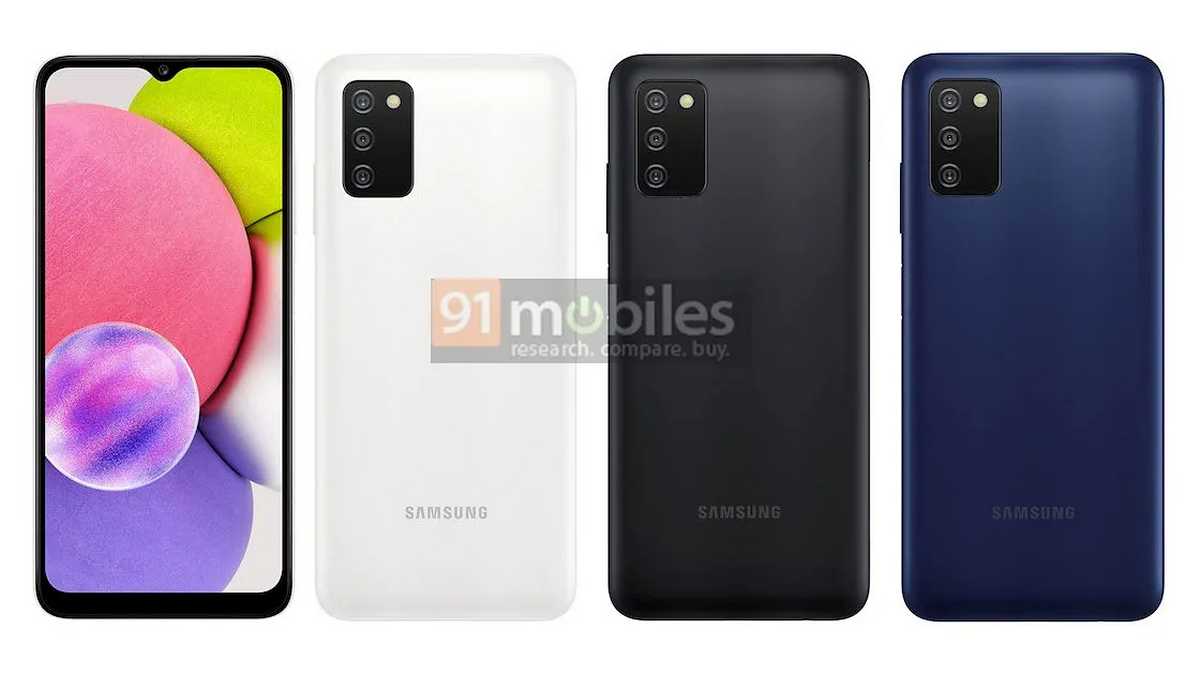 Samsung Galaxy A03s specifications have allegedly leaked along with a render showing off the colour options of the handset. The phone has been previously spotted in several leaks and listings on certification websites, hinting at an imminent launch. However, Samsung has not officially shared any details for the upcoming budget phone. The phone is expected to feature a 6.5-inch HD+ and come with 6GB of RAM. The upcoming Samsung Galaxy A03s may be offered in three colour options when it officially launches.

The latest leak on Samsung Galaxy A03s comes from tipster Ishan Agarwal in collaboration with 91Mobiles. The phone is expected to run Android 11-based One UI Core 3.1. It may feature a 6.5-inch HD+ (720×1,600 pixels) TFT Infinity-V display with 269ppi pixel density and 16 million colours. It may come with 6GB RAM and 128GB internal storage.

Last week, the Galaxy A03s was allegedly spotted in a Google Play Console listing that hinted at the presence MediaTek Helio P35 SoC. As for the colour options, the render shows Black, Blue, and White colour options, aligning with an earlier tip.

Samsung Galaxy A03s is expected to launch in India soon as late last month, a support page for model number SM-A037F/DS went live on Samsung’s official India website. It should be noted that Samsung has not shared any information on this Galaxy A03s yet but the model number associated with it has appeared on US FCC website, Wi-Fi Alliance, Bureau of Indian Standards (BIS) certification site, Geekbench benchmarking website, and Google Play Console listing.