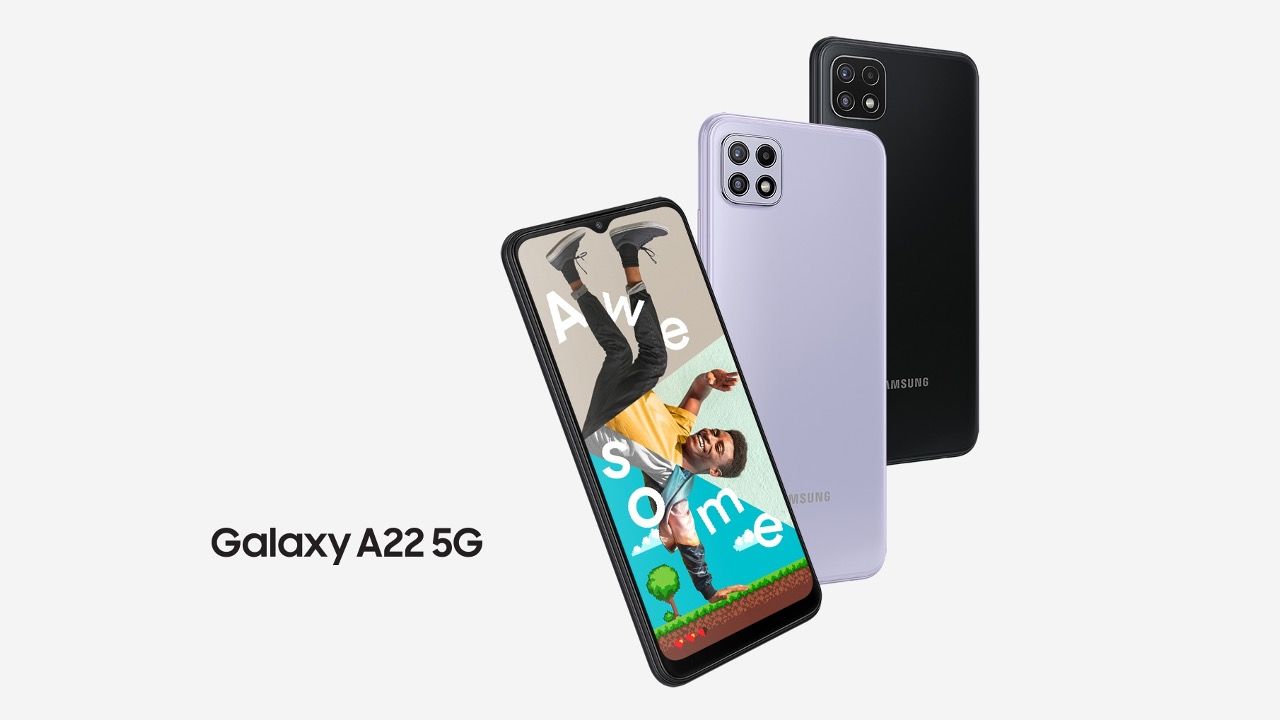 Samsung Galaxy A22 5G and Galaxy A12s India pricing has leaked ahead of their rumoured launch. The Galaxy A22 5G is expected to launch sometime in August as per earlier reports after it made its debut in Europe earlier in June. The Galaxy A22 4G was launched in India on June 30 at Rs 18,499 and a new report has allegedly leaked the pricing of the 5G variant.

Additionally, popular tipster Sudhanshu Ambhore has revealed that the Samsung Galaxy A12s is expected to launch soon and will be offered in two storage variants starting at EUR 180 (~Rs 15,800)for the 4GB+64GB variant and EUR 200 (~Rs 17,600) for the 128GB storage option. He further states that the A12s will be powered by the Exynos 850 processor and will share its specifications with the standard Galaxy A12. Like the Galaxy A22 5G, there is currently no word on the launch date of the Galaxy A12s.

-All other specs will remain similar to Galaxy A12

The A22 5G is powered by the MediaTek Dimensity 700 processor with an octa-core CPU and Mali-G57 GPU. This is paired with upto 8GB RAM and 128GB storage options to choose from. There is an option t expand the storage further by adding a microSD card. It runs on Android 11-based  OneUI 3.1 out-of-the-box.

The Galaxy A22 5G has triple cameras on the back that consists of a 48MP primary camera, 5MP ultra-wide-angle camera with 115-degree field-of-view and 2MP depth sensor. On the front, there is an 8MP selfie camera.

The power button doubles up as a fingerprint reader and the Galaxy A22 5G is equipped with a 5,000mAh battery that supports 15W fast charging out-of-the-box.