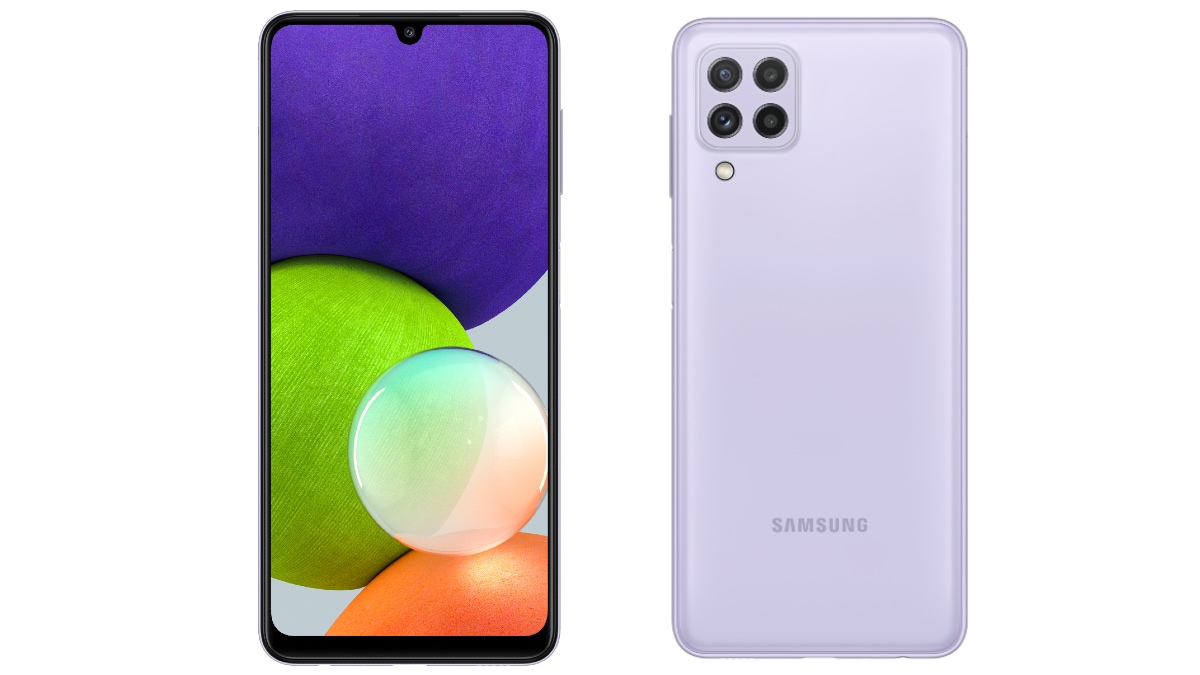 Samsung Galaxy A22 is rumoured to launch in India soon, and ahead of that, the pricing information has leaked in a report that claims the phone is already on sale via offline stores. The Galaxy A22 had debuted in Europe earlier in 4G and 5G models. The 4G model is anticipated to launch in the Indian market. Samsung has not made any formal announcement regarding the arrival of the Samsung Galaxy A22 in the country. The phone is powered by the MediaTek Helio G80 SoC and is equipped with a quad camera setup at the back with a 48-megapixel main sensor.

In a report citing offline retail sources, 91Mobiles claims the Samsung Galaxy A22 is priced at Rs. 18,499 for the sole 6GB RAM + 128GB storage model in India. As per a leaked poster shared by the publication, the smartphone will be launched in Black and Mint colour options and the specifications mentioned in the poster are identical to the Europe model. Launch offers mentioned on the poster include Samsung Care package that entails free home delivery, Samsung Finance+, and Samsung Care+.

As mentioned, the report also claims the Samsung Galaxy A22 is already up for grabs in the offline market. We have reached out to Samsung for comment on the launch, pricing, and availability of the smartphone.

Specifications of the Samsung Galaxy A22 4G model are likely to be identical to the one launched in Europe earlier this month. The phone will feature a 6.4-inch HD+ Super AMOLED display with a 90Hz refresh rate. It should be powered by the MediaTek Helio G80 paired with up to 6GB of RAM and 128GB of storage.

Samsung Galaxy A22 will come with a 5,000mAh battery with support for 15W fast charging. Connectivity options to include LTE, Wi-Fi, Bluetooth, GPS, and more. There will be a side-mounted fingerprint scanner and the phone is likely to weigh 186 grams.