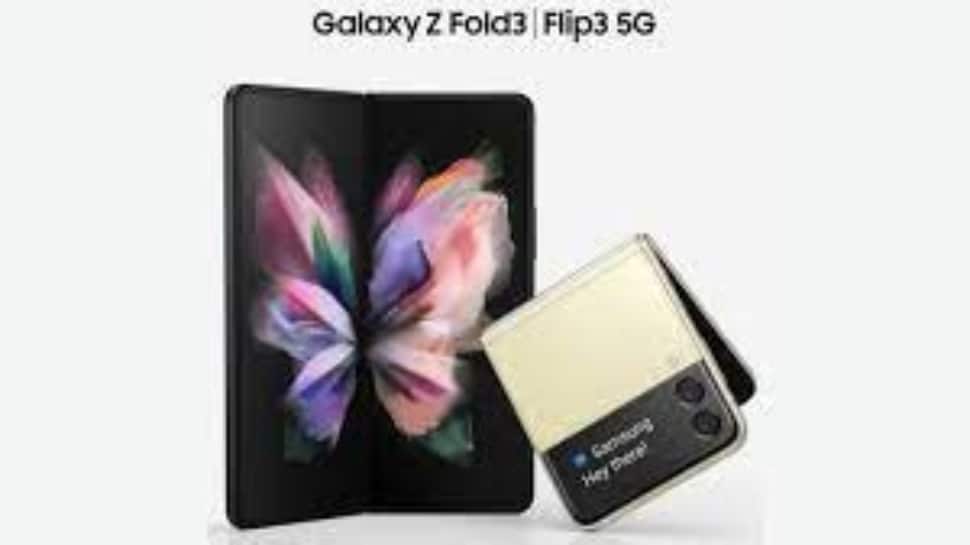 South Korean smartphone maker Samsung is planning to launch its next generation of foldable phones on August 11 at its Galaxy Unpacked event. The company said that customers can pre-book the upcoming smartphones by paying an amount of Rs 2,000 on Samsung India’s e-store or Samsung’s Shop app.

After the payment, customers will get a ‘Next Galaxy VIP Pass’ that will give customers an opportunity to get a Smart tag worth Rs 2699 for free. Notably, the token amount of Rs 2,000 will be deducted from the actual price of the smartphone and it is only for those who pre-book it.

Samsung is definitely going to launch Galaxy Z Fold 3 and Galaxy Z Flip 3 on August 11 and the event will be livestreamed on Samsung Newsroom India and Samsung.com starting at 07:30 p.m. IST.

Besides that, the company is also launching the Galaxy Watch4 Series and Galaxy Buds2.

Samsung Galaxy Z Fold 3 price in India will be launched with 12GB of RAM and 256GB of internal storage.

Galaxy Z Fold 3 is said to come up with a triple-camera setup which will have a 12MP + 12MP + 16MP camera sensor setup. The foldable display will have a 16MP under-display camera, whereas the cover screen will come with a 10MP camera inside the hole-punch cutout.

The smartphones will be equipped with a 7.55-inch foldable display which will have 120Hz refresh rate and other screen will be 6.2-inch tall. Both screens are said to support Samsung’s S Pen.It  will be powered by Snapdragon 888 SoC and it will come up with a  4,500 mAh battery with 25W fast charging support.

Samsung Galaxy Z Flip 3 is said to come in four dual-tone colours – White, Purple, Black, Green. The smartphone will be equipped with a 1.1-inch cover display to read text messages.

If rumours are to be believed, then the smartphone will also come with a 6.7-inch foldable AMOLED display. The Galaxy Z Flip 3 camera will have a 12MP + 12MP sensor setup. It is rumoured to have a 10MP front camera.