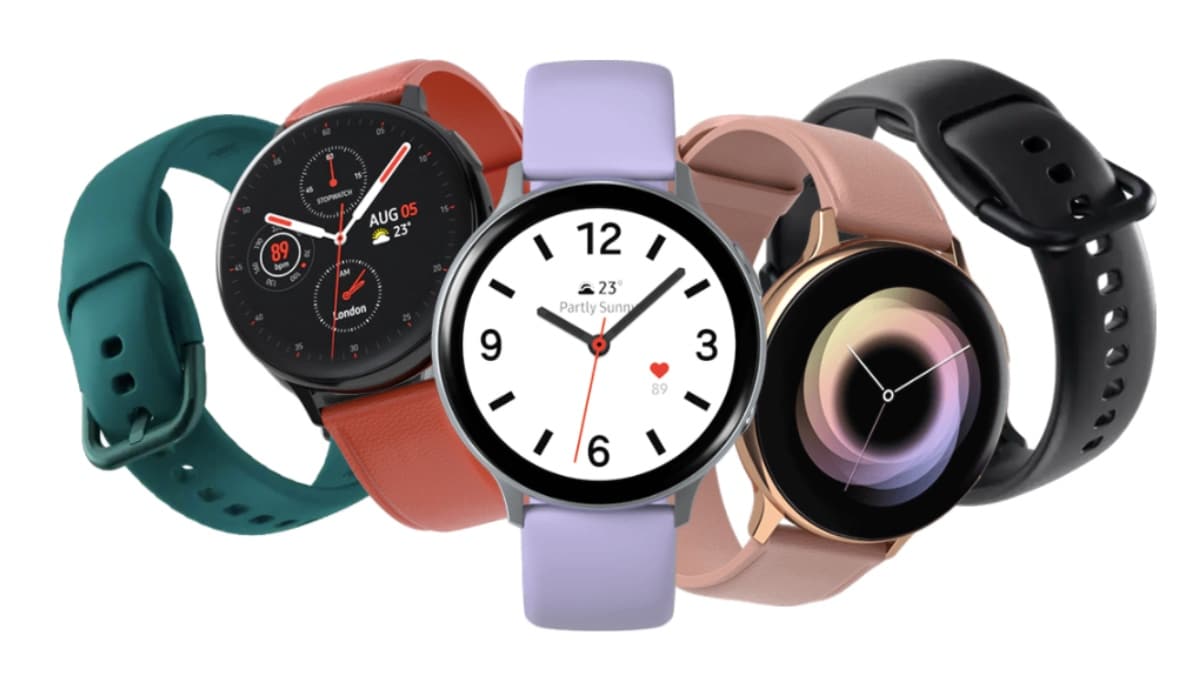 Samsung Galaxy Watch 4 renders have surfaced online to suggest the design and specifications of the company’s next-generation smartwatch ahead of its official announcement. The leaked renders show the Galaxy Watch 4 in a circular build, which makes it look similar to the Galaxy Watch Active 2 rather than the Galaxy Watch 3. The new smartwatch is also said to have a bioelectrical impedance analysis (BIA) sensor for monitoring body composition. This may be alongside real-time heart rate monitoring and blood oxygen saturation (SpO2) tracking.

Instead of being closer to the Galaxy Watch 3 in appearance, the Samsung Galaxy Watch 4 leaked renders suggest its may have more in common with the Galaxy Watch Active 2. The new Samsung smartwatch may also come in 40mm and 44mm sizes as well as include 5ATM water resistance, MIL-STD 810G durability, and Gorilla Glass DX+ protection, as suggested from the back of the watch that has appeared in leaked renders. It is also likely to have GPS support.

Last month, Samsung and Google partnered to integrate Tizen OS with Google’s Wear OS. The integration may debut on the Galaxy Watch 4. It could allow for better battery life and performance as well as support for newer apps and watch faces.

In addition to the leaked renders, tipster Max Weinbach has tweeted about the existence of a BIA sensor on the Samsung Galaxy Watch 4. It would allow users to measure their body fat and muscle mass. Samsung is also likely to continue to provide support for heart rate monitoring and SpO2 measurement on the Galaxy Watch 4. Both features were part of the Galaxy Watch 3 last year.

The Samsung Galaxy Watch 4 is expected to have LTE and Wi-Fi variants, and both the variants are likely to have NFC support and features including offline music playback. Alongside the vanilla Galaxy Watch 4, Samsung may also have the Galaxy Watch 4 Active in the works, with a sportier design.

Although Samsung has not yet made any public announcement, both the Samsung Galaxy Watch 4 and Galaxy Watch 4 Active are speculated to launch at the Galaxy Unpacked Event on August 3. Samsung is also hosting its virtual event at MWC 2021 next week where it could make some details public about its upcoming smartwatches.

It’s Google I/O time on Orbital, the Gadgets 360 podcast, as we discuss Android 12, Wear OS, and more. Later (starting at 27:29), we jump over to Army of the Dead, Zack Snyder’s Netflix zombie heist movie. Orbital is available on Apple Podcasts, Google Podcasts, Spotify, Amazon Music and wherever you get your podcasts.
Affiliate links may be automatically generated – see our ethics statement for details.