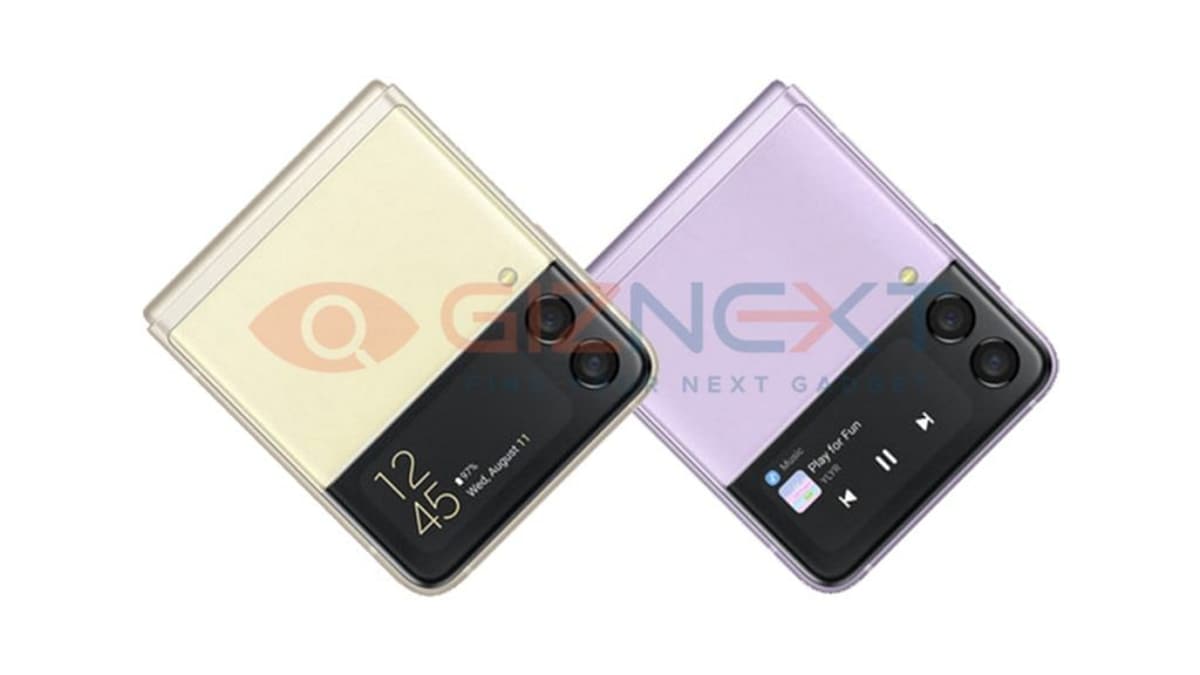 Samsung Galaxy Z Flip 3 has been leaked in a new set of renders, which also hint that the next Galaxy Unpacked event will take place on August 11. Additionally, these renders also show the alleged colour options the foldable smartphone may be launched in at Samsung’s annual event. The news comes soon after the screen size of this smartphone, and another foldable handset from the South Korean giant — the Galaxy Z Fold 3 — were revealed. The design of both these phones have already been revealed previously by tipster Evan Blass.

In the renders revealed in a report by GizNext, the Samsung Galaxy Z Flip 3’s cover display shows August 11, hinting at the purported date of Samsung’s next annual Galaxy Unpacked event. If we consider previous years’ pattern, the date seems legitimate because the South Korean giant usually holds the event in the month of August.

Recently, a report listed the display sizes of the upcoming Samsung foldable smartphones. The Samsung Galaxy Z Flip 3 is expected to sport a 6.7-inch primary display with a 25:9 aspect ratio, and a 1.9-inch secondary screen on the cover. The smartphone was also spotted on the US Federal Communications Commission (FCC) certification site with the model number SM-F711U.