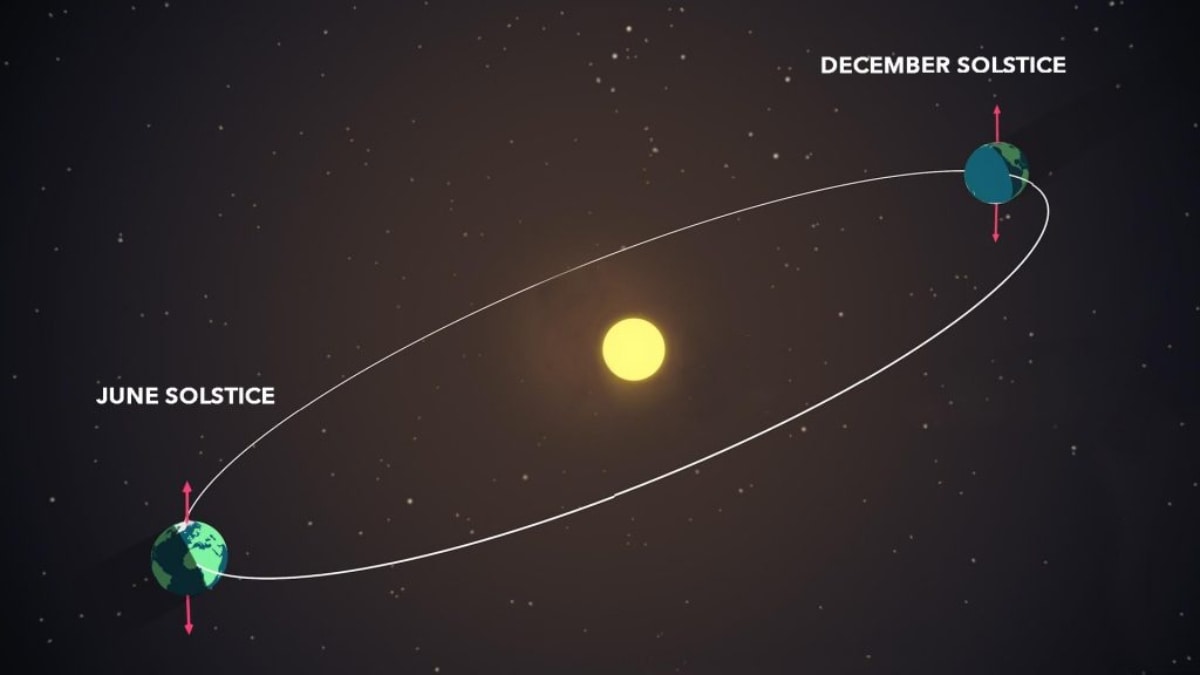 Summer Solstice is occurring today — the longest day of the summer season in the northern hemisphere when the Sun is directly over the Tropic of Cancer. This day signals the beginning of the summer season in the northern hemisphere and the start of winter in the southern hemisphere. Through the year two such astronomical events occur — the other being the Winter Solstice on December 21. During these events, the Earth reaches a point where its tilt is at the greatest angle to the plane of its orbit. Because of this, one hemisphere receives more daylight than the other.

On Monday, to mark the Summer Solstice, NASA shared an image that showed Earth’s position on its axis with respect to the Sun during both the events. The Earth’s axis is an imaginary pole that goes through the centre of our planet from “top” to “bottom.” The Earth rotates around this pole, leading to the cycle of day and night.

Today is the northern #SummerSolstice, marking a new season as well as the longest day in the northern hemisphere. While it’s a time to enjoy the warmth & light, it also signifies an astronomical event caused by the tilt of Earth’s axis. ????☀️ Read more: https://t.co/Wt5BhAKAq1 pic.twitter.com/wsuKWdXr03

But the axis is always tilted (by 23.5 degrees with respect to the Sun-Earth line). Because of this tilt and the revolution of the planet on its orbit around the Sun, we have the seasons, said NASA in a blog post. When the Earth is closer to the Sun, the areas closer to it have hot and humid days and nights; when the Earth is farther from the Sun, the areas away from the Sun are cold.

During Summer Solstice, the North Pole is tipped more directly towards the Sun than any other time of the year and the South Pole is away from the Sun. This results in the sunlight falling for a longer time (more than 12 hours) on places in the northern hemisphere and for fewer hours on places south of the Equator.