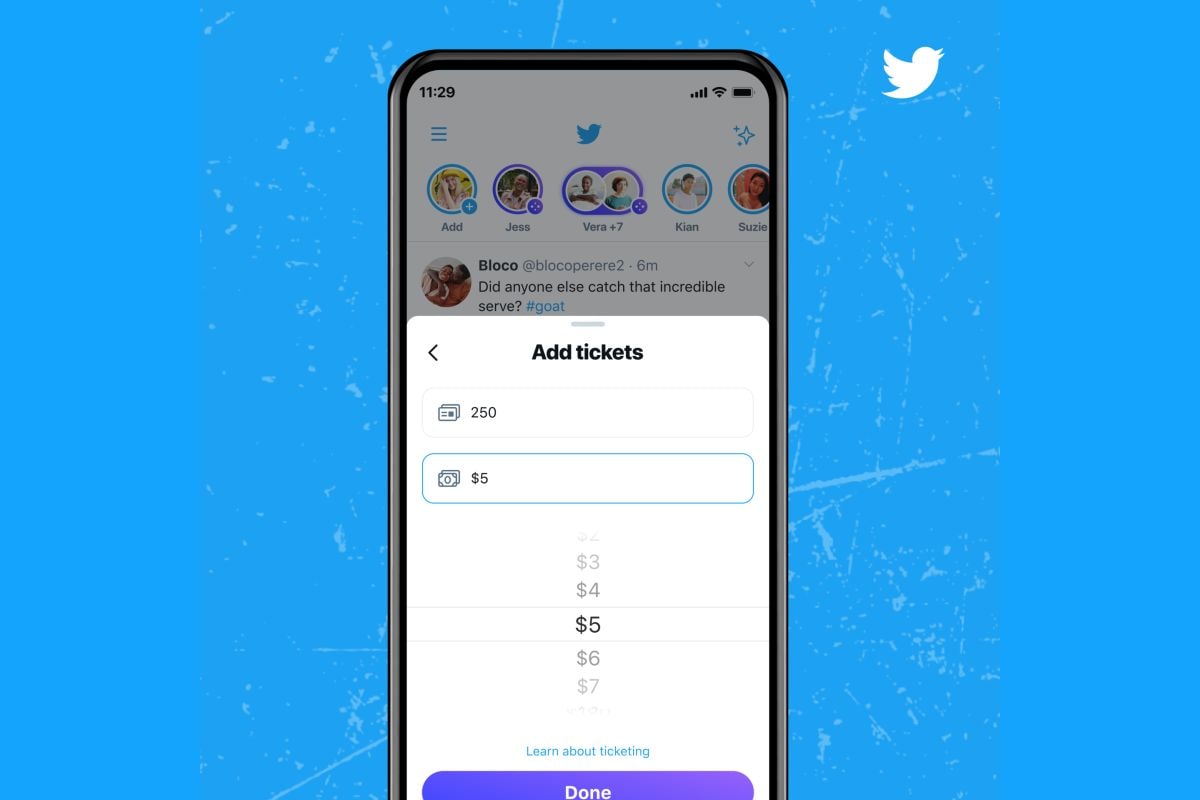 Twitter said Tuesday it will seek applications from users who want to be the first to test new content subscription and ticketing features, as the social platform works to build more ways for users to earn money.

Twitter users can apply to get first access to “Super Follows,” which will let them sell exclusive content to paying subscribers, and “Ticketed Spaces,” to charge for entry into audio chat rooms they host on the platform.

Both features are part of Twitter’s plan to compete with other social media companies to attract more influential content creators by letting them earn money from fan followings.

The company aims to select “a diverse set of voices,” from the applications, said Esther Crawford, senior product manager at Twitter.

The company will take a 3 percent cut of a creator’s revenue until the user hits $50,000 (roughly Rs. 37 lakhs) in earnings, after which Twitter will keep 20 percent, in order to help up-and-coming creators earn more money at the start, Twitter said.

Crawford added that Twitter will focus on individuals who apply for the features, but will also consider brands, publishers and nonprofit organisations which have built an audience on Twitter.