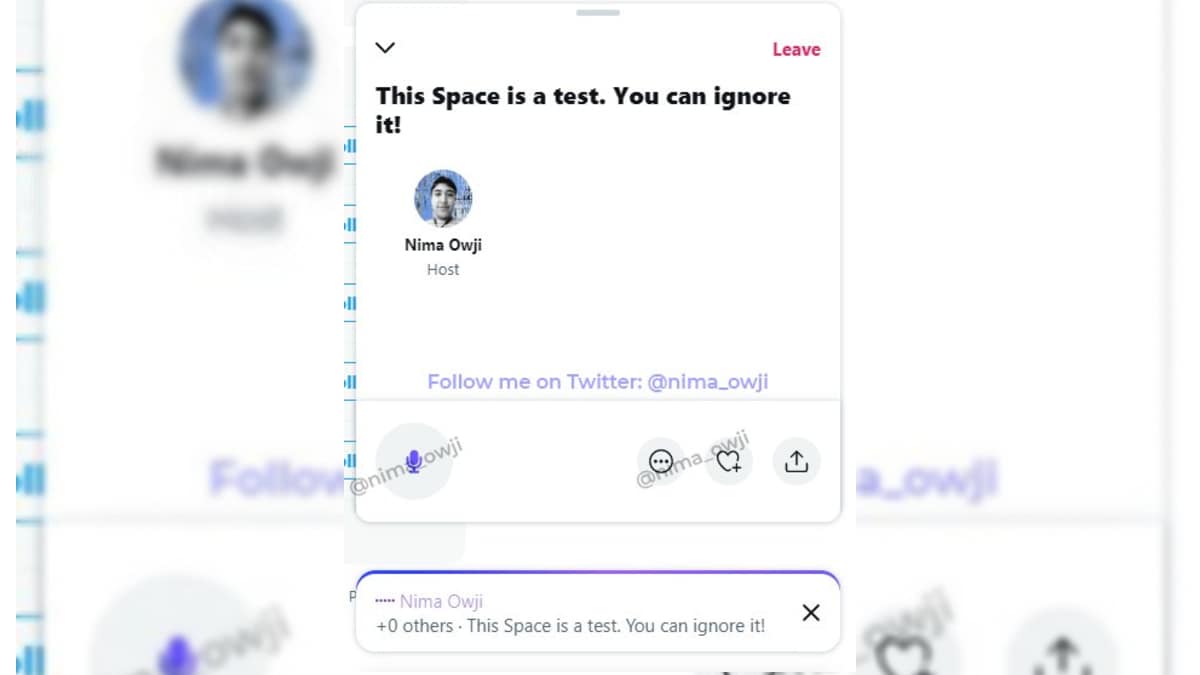 Twitter is reportedly working on the ability to let users be part of audio conversations via the Web app. Support for users to join Spaces via the Web was introduced in May and now the company is working on letting people speak through the Web app as well. Currently, the ability to speak in Spaces is available only on iOS and Android apps of Twitter, but that ability should likely be expanded in the future. After being in beta for a while, Twitter Spaces was introduced a few months ago for anyone having 600 followers and more.

In February, the company brought Spaces as its live audio conversation platform similar to Clubhouse to expand its footprint in the audio and voice fields. It reached the Web app in May and has been accessible through Twitter.com on mobile devices and desktops ever since. However, some features are confined to the mobile apps only, but Twitter is actively working on bringing more to the Web app, including the ability to speak in a Space.

The voice-chatting feature lets Twitter users create live rooms with up to 10 people speaking, and unlimited numbers can join to listen. With Spaces, Twitter expects to “pen conversations on the platform with the authenticity and nuance, depth and power only the human voice can bring.” On the Web, a preview of the Space conversation shows up in a pop-up window before joining. It will have a description and some details about the participants available in the conversation. Twitter also allows users to continue browsing while listening to a Space conversation.

Marvel’s What If…? Out August 11 on Disney+, Disney+ Hotstar. Watch the Trailer