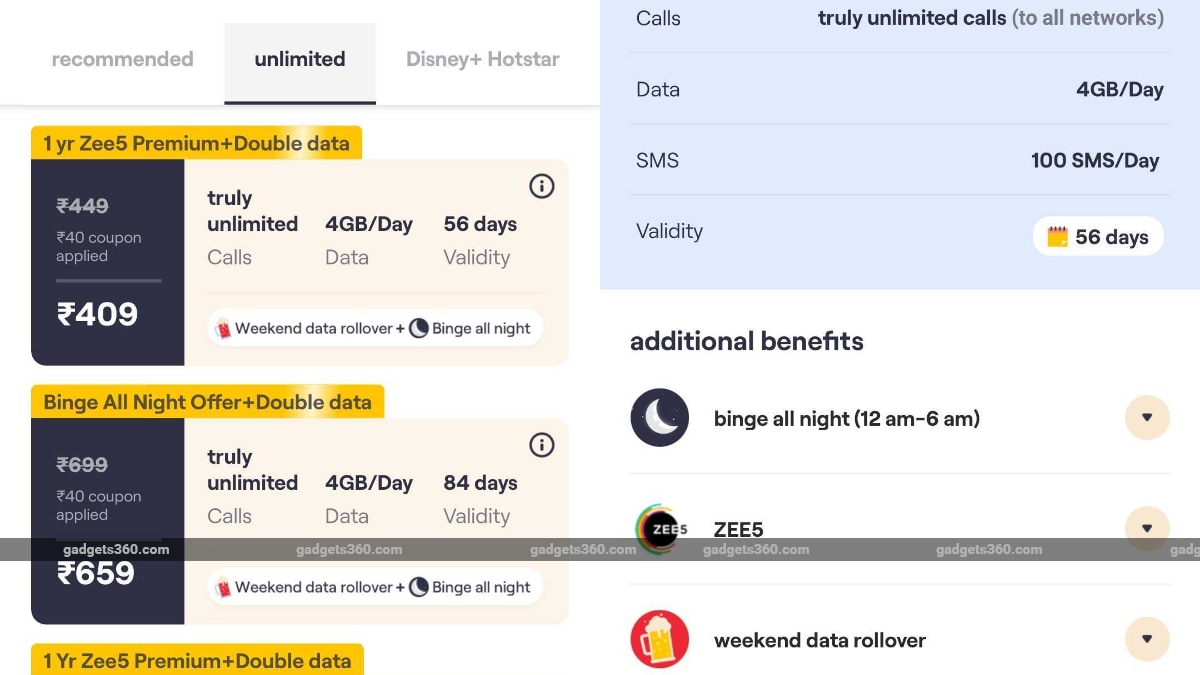 These additions were first spotted by Telecom Talk. Vi is now offering 4GB daily data with the Rs. 449 prepaid plan, instead of the earlier mentions 2GB daily data. In the additional benefits section, the prepaid plan also lists one-year Zee5 Premium subscription alongside night free data (12am to 6am), weekend data rollover, and Vi Movies & TV app subscription. Vi Rs. 449 prepaid plan continues to offer truly unlimited calls to all networks and 100 SMS messages per day for a validity of 56 days.

Birla stepped down as the Non-Executive Director and Non-Executive Chairman of the Board at Vodafone Idea. In a letter to Cabinet Secretary Rajiv Gauba, Birla said, “Without immediate active support from the government on the three issues by July, the financial situation of VIL will come to an “irretrievable point of collapse.” He even offered to hand over his stake in debt-laden VIL to the government.

Vi has recently introduced Rs. 267 prepaid recharge plan on its website and app with benefits including 25GB data access and unlimited voice calling. The plan also offers 100 SMS messages per day and comes with a validity of 30 days. Further, the Rs. 267 prepaid plan brings access to the Vi Movies and TV app.