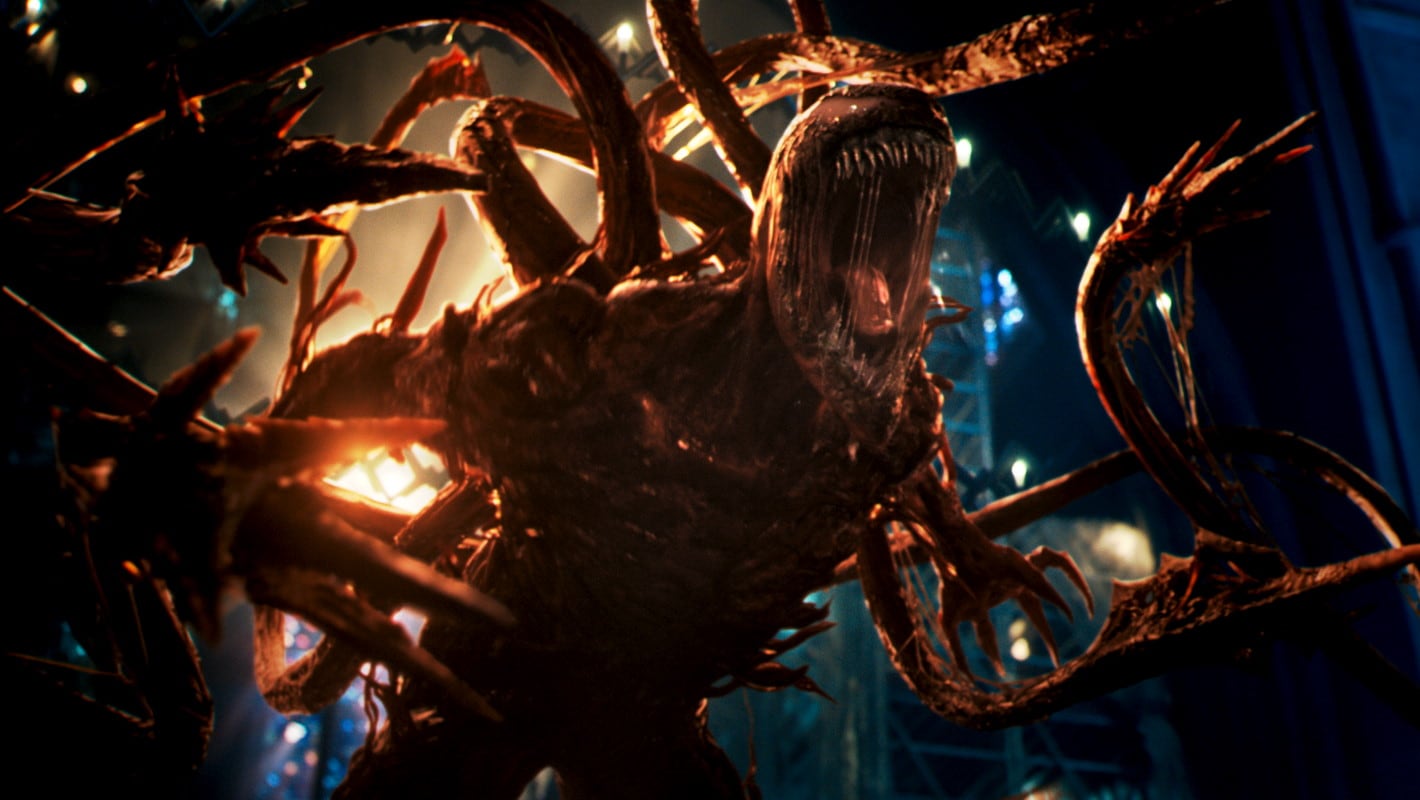 Venom: Let There Be Carnage has a new trailer — in English and Hindi. On Monday, Sony Pictures unveiled a two-minute final trailer for the second Venom movie that pits two alien symbiotes against each other: Tom Hardy’s Eddie Brock/ Venom vs. Woody Harrelson’s Cletus Kasady/ Carnage. It’s an all-out CGI fest, essentially. The new Venom: Let There Be Carnage trailer also gives us our first look at Naomie Harris’ Frances Barrison/ Shriek, who is said to be Kasady’s love interest in the Venom sequel though we never see them together in the trailer.

Brock is riding a Ducati at night when his pathogen friend snaps at him: “We should be out there, snacking on bad guys. I’m a predator, I need to be free.” Cut to Venom doing just that, before Brock retorts: “You’ve got to get control of your aggression. Or you’ll get hauled off into Area 51.” Oh, so we’re going full conspiracy in Venom: Let There Be Carnage? Brock tells Venom that he must live by his rules if he’s going to live in his body, but the symbiote isn’t interested in making peace. Venom breaks Brock’s nose (twice) and then adds: “You’re a loser.”

In a facility somewhere, we are given a peek of Shriek (Harris) who’s been sequestered in a cage. And in another facility, Brock the investigative journalist meets Kasady the serial killer who wants to give him his story. Brock gets too close to Kasady in prison who bites his hand and then says: “I’ve tasted blood before, that’s not it.” Is this how he gets his own symbiote, like a transfer of sorts? The final Venom: Let There Be Carnage trailer suggests so, with Kasady turning into Carnage overnight, and being very on the nose about it.

Kasady/ Carnage use their new abilities to escape from prison, leaving destruction in their wake before confronting Brock/ Venom. The latter symbiote seems to be afraid for a moment and retreats into Brock’s body, and only re-emerges after he’s promised that he will be allowed to eat everybody. That attempt at humour is visible at the very end of the new Venom: Let There Be Carnage trailer as well, where Brock reacts to his ex-fiancée Anne Weying’s (Michelle Williams) new engagement to her doctor boyfriend Dan Lewis (Reid Scott) by slapping him on the face.

Venom: Let There Be Carnage is out in September in India in English, Hindi, Tamil, and Telugu. It releases September 15 in the UK and September 24 in the US.