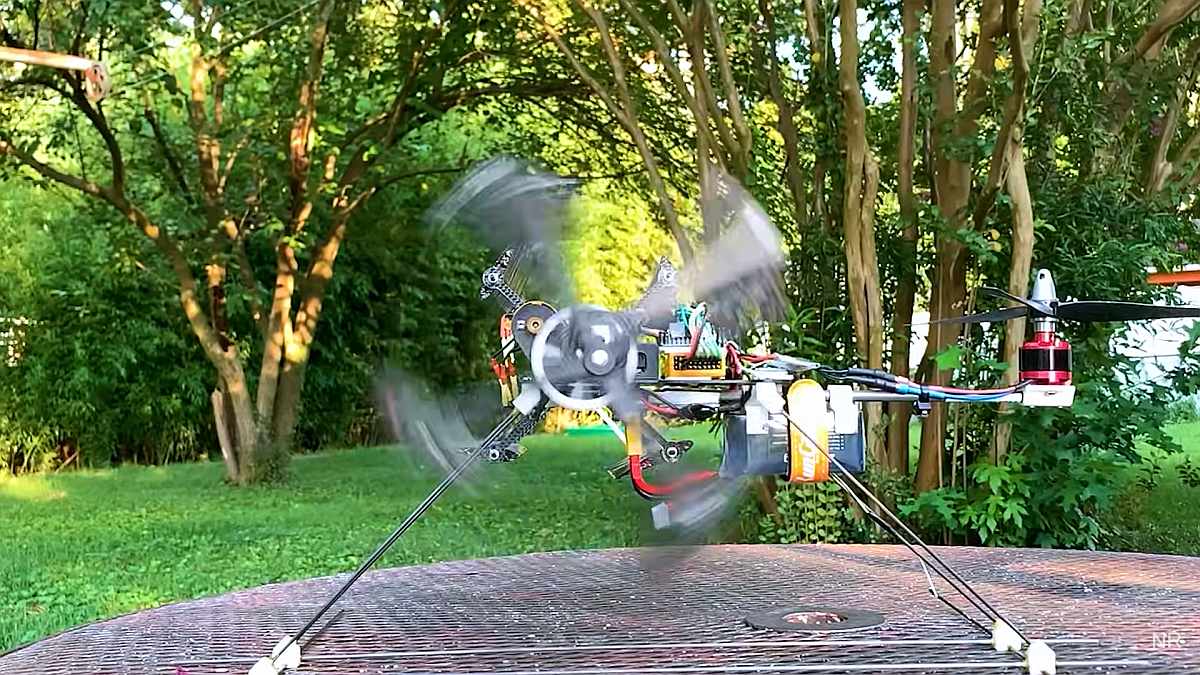 An aerospace engineer has built an interesting concept drone that uses cyclical blades on its wings to stay in the air. Unlike the conventional drones or helicopters that have blades rotating on a vertical axis, this new flying device has cyclical blades – that spin around a horizontal axis. In a video shared on YouTube, Nicholas Rehm, who says he likes working on interesting flying projects in his free time, showed the ‘Cyclocopter’ he has built. This, he says, is a new way to generate enough lift or thrust for an object to fly.

Rehm says that his model “is not really a new concept” but was only recently able to fly at the model scale. The video shows that the model has two cyclical rotors to do most of the heavy lifting and one conventional (vertical axis) propeller in the nose to counteract the torque created by the main rotors, similar to a helicopter’s tail rotor.

Rehm says the concept was first tried in 1909 but the first flight happened only in the 1930s. However, it was too unstable, so the idea was reportedly dropped. But researchers have now been able to build small-scale versions that can be easily controlled.

The video also shows how this design does not require the drone to pitch forward horizontally to fly ahead. A conventional quadcopter would need to tilt forward.

There are some significant issues with the ‘Cyclocopter’ design though. It is structurally not very strong. While a lot of emphasis has been given to aerodynamics and thrust, the structure strength calls for more attention. During the video, when Rehm attempted a front flip of the ‘Cyclocopter’, it crashed into the ground. The minor crash damaged one of the rotor arms.

Rehm said there are definitely some drawbacks to this design that lead to performance loss. “So, for now, the ‘Cyclocopter’ will remain a cool demonstration of unique aerodynamics and engineering,” said the engineer.