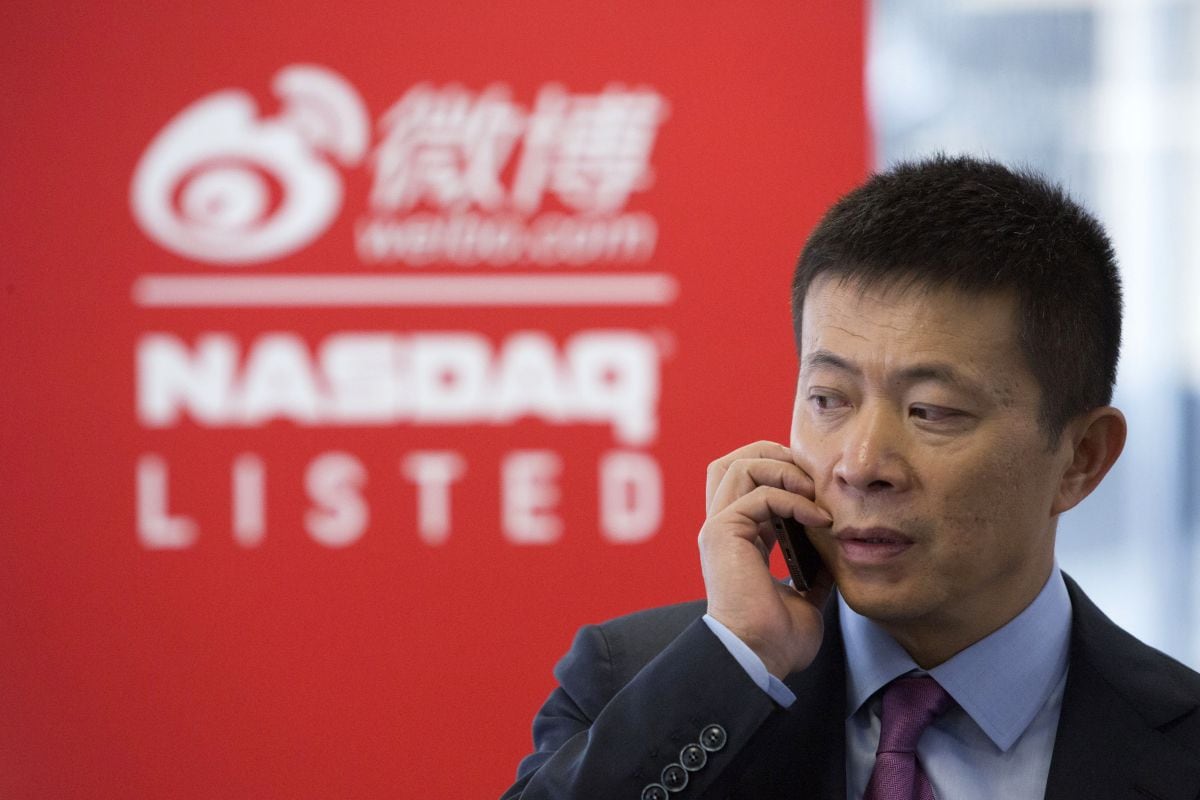 Nasdaq-listed Weibo’s chairman and a Chinese state investor plan to take China’s answer to Twitter private, sources told Reuters, sending its shares as much as 50 percent higher on Tuesday.

The group aims to finalise the deal this year, they said.

Weibo said in a statement that Chao and a state investor being in talks to take the company private was untrue. It cited Chao as saying he had had no discussion with anyone regarding delisting the company.

Shares in Weibo, which operates a platform similar to Twitter, surged more than 50 percent in premarket trading after the Reuters report. Those gains have shrunk to just over 6 percent after the opening bell.

Three separate sources with knowledge of the matter told Reuters the plans stem from Beijing’s drive to have Alibaba and affiliate Ant divest their media holdings to rein in their sway over Chinese public opinion.

All the sources declined to be named due to confidentiality constraints.

Reuters reported in February that Weibo had hired banks to work on a Hong Kong secondary listing in the final half of 2021. Sources said this is no longer the plan.

Alibaba held 30 percent of Weibo as of February, the latter’s annual report showed, which was worth $3.7 billion (roughly Rs. 27,630 crores) as of Friday’s close.

Beijing has looked to rein in Chinese billionaire Jack Ma’s Alibaba business empire by unleashing a series of investigations and new regulations since last year.

The crackdown followed Ma’s public criticism of regulators in a speech in October last year and has swept across China’s money-spinning internet sector in recent months.

A number of Chinese companies have already opted out of US stock exchanges, by going private or returning to equity markets closer to home via second listings.

China’s cabinet said on Tuesday that it would step up supervision of firms listed offshore citing the need to improve regulation of cross-border data flows and security.

Weibo has grown at a fast clip since its launch in 2009 in a market where Twitter is blocked by the government. More than 500 million Chinese use Weibo to opine on everything from Korean soap operas to China’s latest political intrigue.

Alibaba acquired an 18 percent stake in Weibo in 2013 via a $586 million (roughly Rs. 4,380 crores) investment as its first big move into selling advertisement on China’s social networks. It has since raised its stake.

Weibo, which went public on the Nasdaq in 2014, makes most of its revenue from online advertising.

That has worried investors as the growth rate of Chinese online advertising slows and Weibo has also lost ground amid competition with other tech giants such as ByteDance and Tencent.