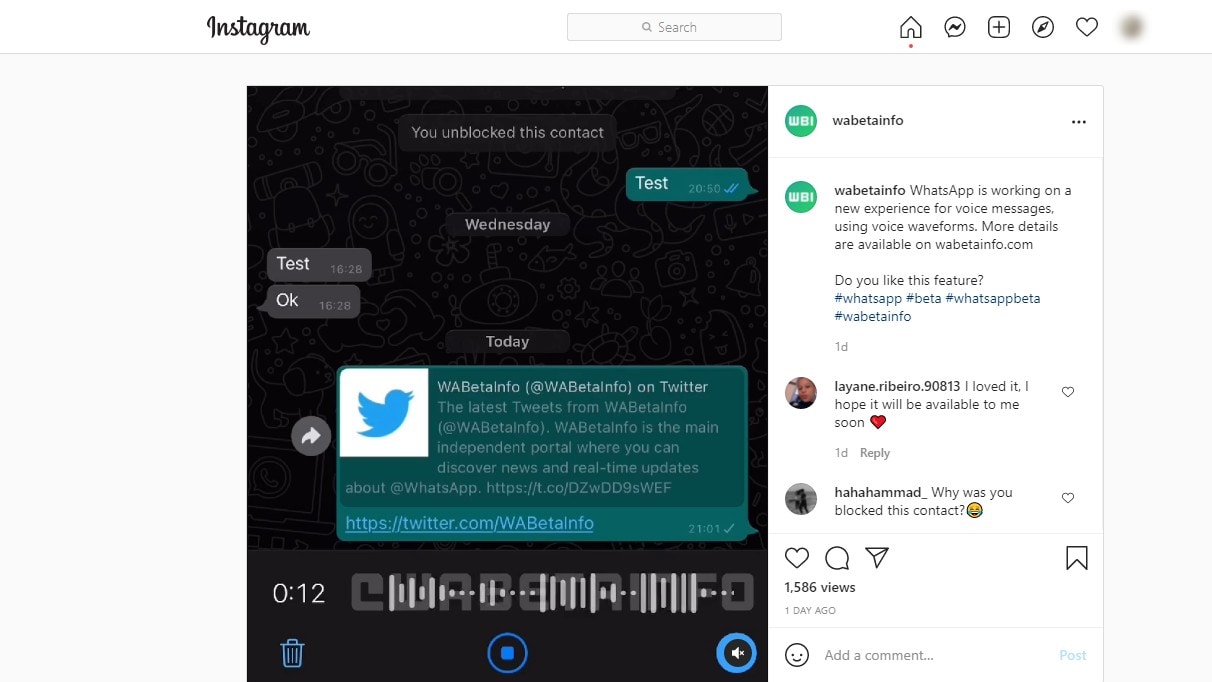 WhatsApp is seemingly testing waveforms for voice messages and making some changes to WhatsApp Business accounts. According to a popular WhatsApp features tracker, WhatsApp beta for Android received waveforms for voice messages with build 2.21.13.17, but due to some user complaints, it was removed temporarily to make some changes. Now, it has been found that a future update may bring waveforms while recording a voice message. Additionally, WhatsApp Business accounts will no longer show online status or ‘last seen’ message under their name.

WhatsApp tracker WABetaInfo reported that the Facebook-owned instant messaging service is testing waveforms for voice messages. With beta build 2.21.13.17 on Android, WhatsApp introduced waveforms for voice messages that would replace the seek bar but the feature was pulled due to user complaints. Now, WABetaInfo has spotted in a future update that real-time waveforms will be shown while recording a voice message. This means the waves will be smaller or larger depending on how loud your voice is.

Users will also be able to listen to the voice message before sending it. This feature is currently under development on Android and iOS but there is no release timeline for it yet. WABetaInfo expects to see the waveform feature in voice messages return with the next beta build.

Additionally, WhatsApp is also reportedly testing some changes with online status and ‘last seen’ for business accounts. It was noticed that with 2.21.13.17 beta build, business accounts on WhatsApp did not show an online status or the ‘last seen’ message anymore under their name as they typically did. Instead, it only says “Business Account” under the name. WABetaInfo noted that it is still possible to see the ‘last seen’ and online status from WhatsApp Web and WhatsApp for iOS and if this feature is still present with the next beta build, the changes will be made to the other version of WhatsApp as well.

As of now, WhatsApp has not shared any information on if and when these new features will make their way to the stable version of the app.

Elon Musk Turns 50, and Wishes Pour in for the Dogefather on Social Media