Amazon founder Jeff Bezos announced earlier this week that he will be flying to space aboard his space company Blue Origin’s New Shephard vehicle on July 20, accompanied by his brother Mark Bezos. This was supposed to make senior Bezos the first ‘space billionaire’ to actually go into space. But it now seems that another ‘space billionaire’ is eyeing the ‘first’ in this modern space race. A report citing sources says that Virgin Galactic is planning to send Richard Branson, the founder of the Virgin Group, on a suborbital flight aboard his space company Virgin Galactic’s VSS Unity SpaceShipTwo rocket plane in the first week of July (the 4th of July weekend). How is that for a celebration?

But Virgin Group, as reported by Parabolic Arc, has said that the flight was still subject to obtaining an operator’s licence from the authorities at the Federal Aviation Administration (FAA). Branson’s flight, if everything goes as per the plan, will take off at least two weeks before that off Bezos.

A company spokesman reportedly said in a statement on Tuesday that the company was still in the process of analysing data from their successful May 22 flight, adding that they expect to complete the final test flights this summer through to early fall.

“At this time, we have not determined the date of our next flight. An objective from the last flight was to collect data to be used for the final two verification reports that are required as part of the current FAA commercial reusable spacecraft operator’s licence,” the spokesperson was quoted as saying in the report.

The report says Virgin Galactic is said to have announced the plan for Branson’s flight as a response to Blue Origin’s scheduled July 20 flight, but that they had been planning it even before the announcement from Bezos’s company came on June 7.

As for Bezos and Blue Origin, the aerospace company he founded in 2000, the launch calendar has been marked. The New Shephard vehicle scheduled to carry the Bezos brothers — and the winner of an online auction for a spare seat — has flown at least 15 times in the past, but with nobody aboard it.

Bezos also shared an Instagram post telling his followers why he decided to fly to space. In the post, he wrote, “Ever since I was five years old, I’ve dreamed of traveling to space. On July 20th, I will take that journey with my brother. The greatest adventure, with my best friend.”

The third person to accompany Jeff and Mark Bezos still has to go through a bidding war. A blog post on Blue Origin’s website says the bidding for the space seat will conclude with a live online auction on June 12. Those interested in bidding in the live auction have to register by June 10. The blog added that so far “nearly 6,000 participants from 143 countries” had bid.

New Shepard will launch on July 20, reach Karman Line at 100-km mean sea-level, and then descend back to Earth, all in a matter of 11 minutes. The Karman Line is the recognised boundary between Earth’s atmosphere and space. 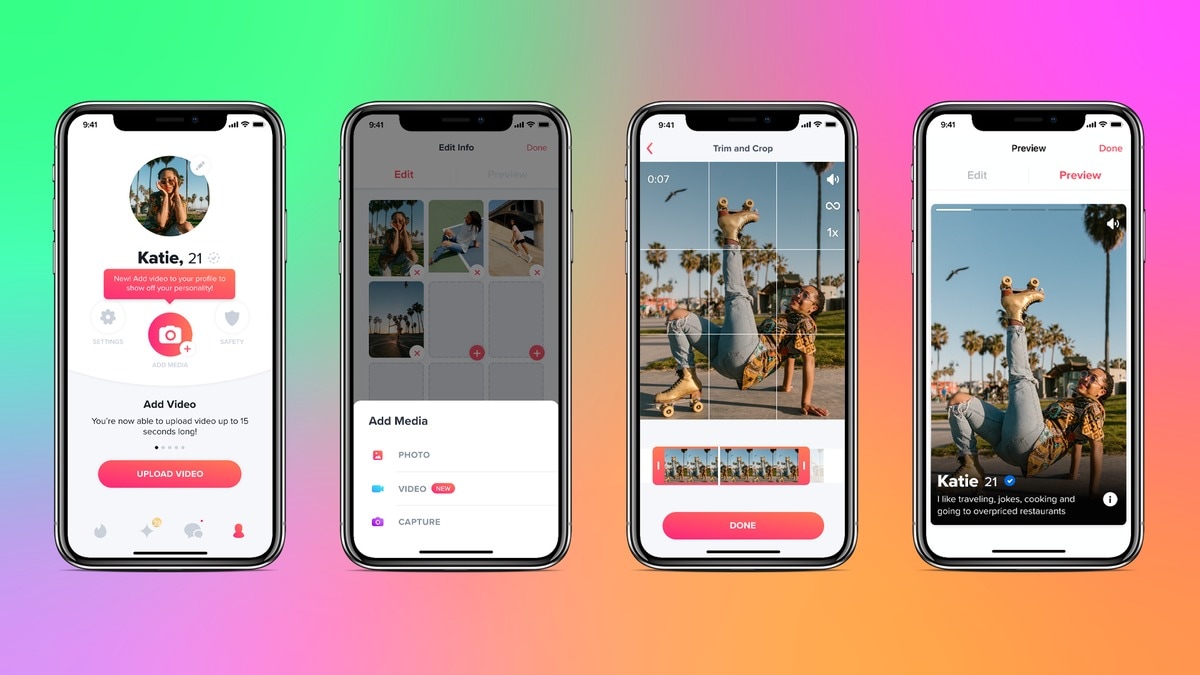 Tinder Users Can Now Add Videos to Their Dating Profiles

Tinder Users Can Now Add Videos to Their Dating Profiles

June 23, 2021
Transformers: Rise of the Beasts Is All About Beast Wars, Naturally

Transformers: Rise of the Beasts Is All About Beast Wars, Naturally