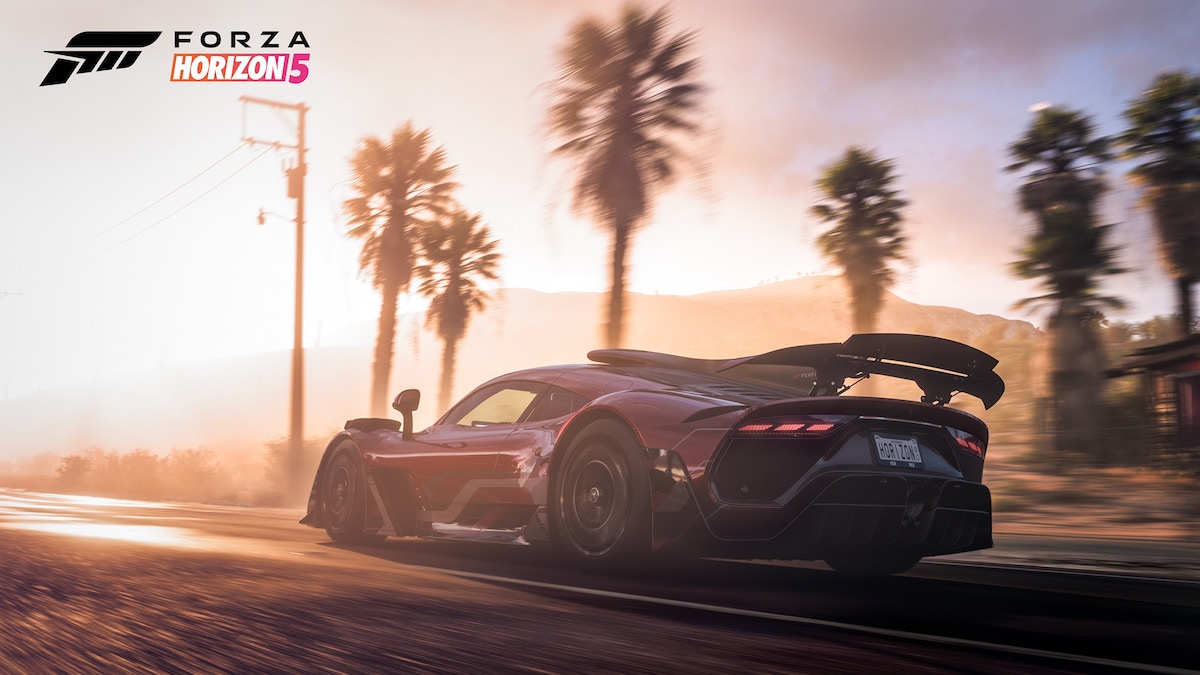 Starfield launches in November 2022. Forza Horizon 5 in November 2021. The Outer Worlds 2 announced with no date or year. New games from the developers of Just Cause and Prey. A big multiplayer reveal for Halo Infinite. And Sea of Thieves is teaming up with its most natural partner, Pirates of the Caribbean. We also got release dates and/ or trailers for a bunch of titles, including Age of Empires IV, Psychonauts 2, STALKER 2: Heart of Chernobyl, and Microsoft Flight Simulator on Series S/X, alongside some new names. All this is coming to Xbox Game Pass as well — PC, Xbox consoles and cloud gaming — as are some other titles, including award-winning Hades (August 21), Diablo II: Resurrected (September 23), and Back 4 Blood (October 12). Here is every major announcement from Xbox and Bethesda’s E3 2021 showcase.

After several reports claiming that a new Forza Horizon from Playground Games would arrive before the next Forza Motorsport from Turn 10, it’s now official. After Australia and the UK, Forza Horizon 5 is now headed to Mexico. Horizon 5 is promising the biggest open world of any Horizon title, better seasons, and a more social and wilder experience.

You can form a co-op convoy as you “meet” other racers, you can take part in minigames and challenges in Horizon Arcade, you can give “Kudos” to fellow racers for positive acts, and you can even create your own Barn Finds for friends with any car in Gift Drops. Forza Horizon 5 will offer 1080p 30fps on Xbox Series S, and 4K 30fps on Xbox Series X with an optional 60fps performance mode.

Bethesda gave us our first look at its first new universe in 25 years at E3 2021. In the role-playing game Starfield, players can create their own character and traverse the stars with “unparalleled freedom”, Bethesda promises. Is this the studio’s own No Man’s Sky? We will learn more on that over the next year and a half. Starfield is made using the all-new Creation Engine 2 — its predecessor was used to make the likes of Skyrim and Fallout 4.

The multiplayer games-as-a-service side of the next Halo title will be free-to-play, 343 Industries revealed at E3 2021, showcasing what players can expect in a two-minute-long multiplayer gameplay reveal. Xbox also gave us more info on the Halo Infinite campaign, which will feature a new UNSC AI the Weapon that has been purpose built to stop Cortana who absconded in Halo 5: Guardians. As the Master Chief, you will explore Zeta Halo and defeat the Banished to get control of the ring.

No actual details were provided on the follow-up to Obsidian’s alt-history action role-playing game except that it will take place in a “new star system with a new crew.” The accompanying tongue-in-cheek announcement trailer for The Outer Worlds 2 does little to expand on that as well, as the team instead decided to parody announcement trailers for big sci-fi experiences of its sort — claiming that the developers haven’t finished designing the protagonist, the story, or any gameplay.

The next game for Prey and Dishonored maker Arkane Austin is an open-world co-op first-person shooter that pits you against superpowered vampires who don’t have any of vampires’ traditional weaknesses. You can play as one of four Redfall characters — an ex-military sharpshooter, a paranormal investigator, empathetic woman with robot companion, and the telekinetic youngest — with powers of their own. Or you can choose to go at it with up to three friends.

Joan of Arc will return to Age of Empires with the long-anticipated fourth numbered entry, as part of the French civilisation that will be embroiled in the Hundred Years War with the English (previously revealed as as one of four civilisations alongside Mongols, Chinese and Delhi Sultanate). The other new civilisation announced at E3 2021 is the Abbasid Dynasty that focuses on technology and gives players a variety of upgrades thanks to its House of Wisdom landmark. And oh, there’s naval combat in Age of Empires IV.

Nearly a year since its release on PC, the newest entry in plane flying simulation is on its way to next-gen Xbox consoles — with everything as is. That means 37,000 airports, 2 million cities, and 1.5 billion buildings, in addition to mountain ranges, roads, trees, rivers, animals, and traffic. Microsoft Flight Simulator will also get a free Top Gun: Maverick mode, when the Tom Cruise movie opens in November. But there is no word on an Xbox One debut.

The next mainline entry in Ukrainian developer GSC Game World’s first-person shooter series now has a subtitle: Heart of Chernobyl, a callback of sorts to the first ever game from 2007. We got about four minutes of STALKER 2 gameplay at E3 2021, showcasing lively gunplay, eerie outdoors, a waltz lover, and monsters — all linked together by a conversation around a fire. The one other thing they have in common is the extreme level of detail thanks to the power of next-gen.

Just Cause maker Avalanche Studios is leveraging its open world expertise to create a co-op smuggler’s paradise set in the fictional world of 1970s Bayan, where you will be pulling off heists — among a lot more — if the tiny announcement trailer is anything to go by. Contraband will make use of Just Cause’s Ape Engine too, whose prowess is coming to Xbox Series S/X for the first time.

The sequel to Double Fine’s 2005 cult classic is now just a couple of months away. In Psychonauts 2, acrobat and psychic Razputin Aquato must bring back a murderous villain back from the dead, all while coming to grips with all manners of challenges inside a… brain. Just as the brain has different parts to it, so will Psychonauts 2, with different types of levels. All you will need to save the world is some bacon, it seems.

French developer Asobo Studio’s 2019 survival horror game is getting a direct sequel with returning duo Amicia and her little brother Hugo on “a perilous new quest, doing whatever it takes to survive a brutal, uncaring world.” The 90-second announcement trailer shows war in the Middle Ages, and a nightmarish swarm of rats. Are they real? You bet they are.

It’s not The Last Night, but it sure threw many off at its E3 2021 announcement, with its neon-lit pixelated dystopian world and beat ’em up gameplay. And though the trailer doesn’t say it, an accompanying announcement tweet revealed that you will play as an artificial intelligence trapped in a human body.

There are major steampunk vibes to this alt-history first-person action game that is set in 1955 Soviet Union where Internet, holograms and robots are already a thing. You will play as P-3, an agent sent by the Soviet government to investigate a manufacturing facility that has dropped off radar. But if the Atomic Heart reveal trailer is anything to go by, you will be engaged in a lot more than that.