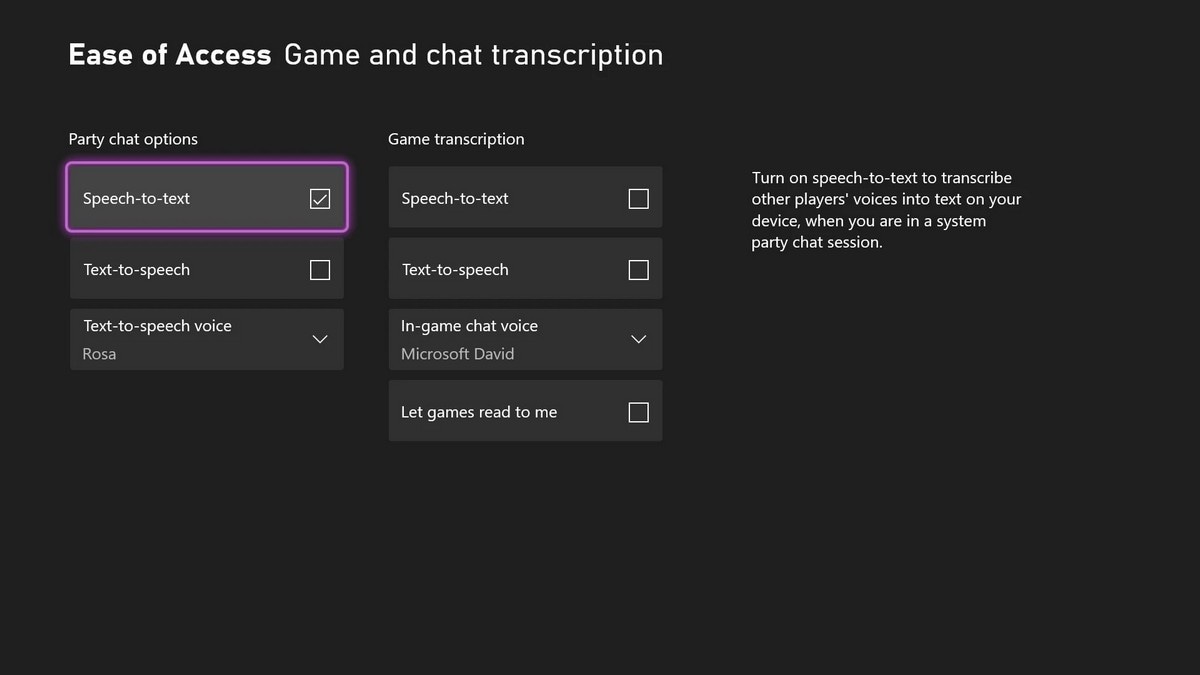 Xbox June update is here and it brings improvements to Party Chat with the introduction of speech-to-text and text-to-speech features. Along with these improvements, the update also makes changes to the Xbox app, which now shows official posts from games, gets the ability to reorder groups in the Guide, and makes it easier to review and approve family member requests to play with users on different platforms. Furthermore, Xbox One users will be able to play next-generation games through Xbox Cloud Gaming in the future.

Through a post on the Xbox website, Microsoft shared the new features that the latest Xbox update brings. It adds speech-to-text and text-to-speech functionality in Party Chat. Speech-to-text transcription will allow gamers to read whatever their party members are saying in an overlay on top of gameplay; the overlay is also adjustable. Text-to-speech will allow them to type whatever they want in the Party Chat and have a synthetic voice read it to the party members. There are multiple voice choices in each language. These Party Chat features can be accessed under Ease of Access > Game and chat transcription.

The Xbox app will now start showing official posts from games, which users can share, like, or comment on. With the Xbox June update, there is a new option called Move groups in the Guide that allows you to reorder the groups you have created with apps and games. Additionally, parents can use the Xbox Family Settings app or the console itself to review and approve their family members’ requests to play cross-platform games with people on a different console or PC.

In a separate post detailing the exclusive game lineup shown at E3, Microsoft has revealed that it will, in the future, allow Xbox One users to play next-gen console games like Microsoft Flight Simulator, Redfall, Starfield, and more through Xbox Cloud Gaming (formerly called xCloud). These games are currently exclusive to Xbox Series X/ Series S, and PC.

This is great news for owners of previous-generation Xbox consoles because even though some upcoming games will not officially launch with Xbox One support, they will still be able to experience these games using cloud gaming. It makes a lot of sense as older generation consoles do not have the power to run the new upcoming games as intended, but with Xbox Cloud Gaming, they won’t need to have the extra graphics and processing power, but only a stable internet connection. Microsoft has said that it will share more details on it soon.

Vineet Washington writes about gaming, smartphones, audio devices, and new technologies for Gadgets 360, out of Delhi. Vineet is a Senior Sub-editor for Gadgets 360, and has frequently written about gaming on all platforms and new developments in the world of smartphones. In his free time, Vineet likes to play video games, make clay models, play the guitar, watch sketch-comedy, and anime. Vineet is available on [email protected], so please send in your leads and tips.
More