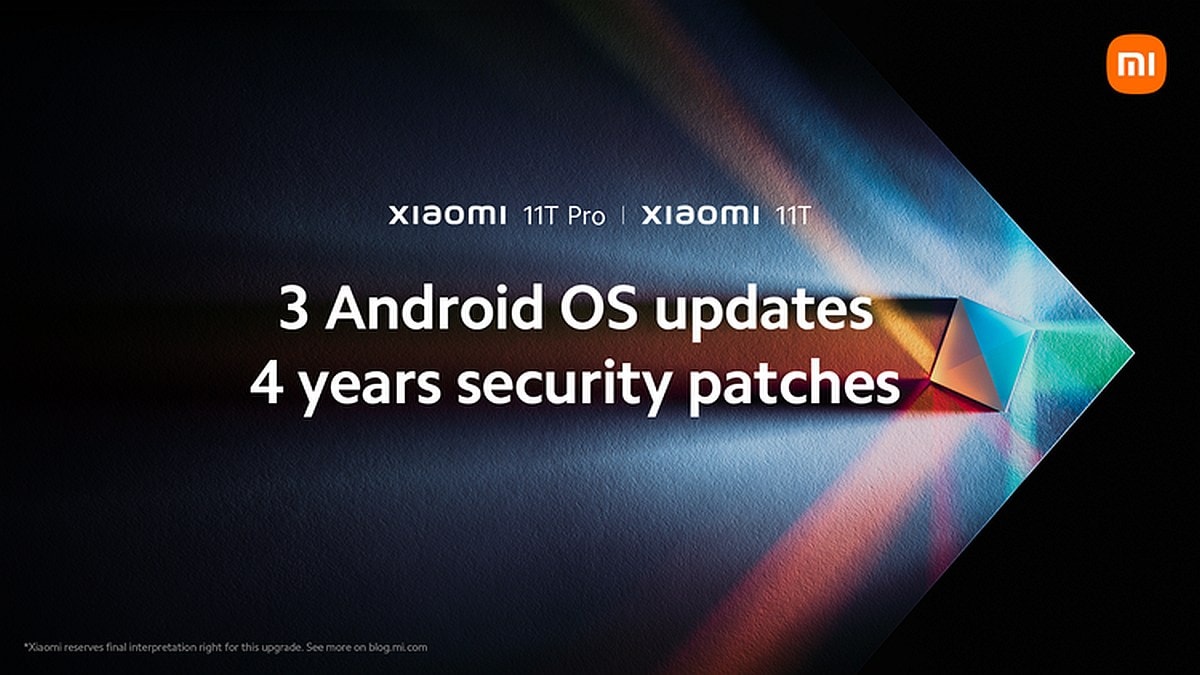 Xiaomi 11T and 11T Pro smartphones expected to launch sometime this month will get three Android OS upgrades and four years of security updates in their lifecycle, the company has announced. Xiaomi has not made any other device a part of the announcement but has said that it is working on giving similar treatment to already launched devices. Xiaomi with its new updates policy looks to rival Samsung that has promised four years of security updates for many of its devices.

The upcoming Xiaomi 11T and Xiaomi 11T Pro are tipped to launch later this month. Xiaomi has announced that it will change its update policy along with the launch of these smartphones.

“With the continuous improvement made to smartphone hardware, the life cycle of a smartphone is gradually lengthening, meaning users aren’t required to replace their smartphones as frequently,” said Albert Shan, Head of Product & Technology at Xiaomi in a prepared statement. “We will also provide users with security updates that ensure their devices operate securely for a longer period of time.”

Though Xiaomi’s announcement mentions that the new policy applies only to the upcoming Xiaomi 11T series as of now, it hasn’t ruled out the possibility of including older devices in the future.

“It is not a simple task for Xiaomi and its team to provide system updates and security patches to all of its previous smartphone models,” said Shan. “However, the prospect of this challenge and meeting the desires of our customers is exciting.”

Xiaomi’s latest announcement is similar to the one made by Samsung in February. Although, the South Korean tech giant’s promise is not just for its flagship series but a lot more Galaxy devices. These phones and tablets will receive regular security updates for a minimum of four years from their launch. Samsung said the security updates will be rolled out on monthly or quarterly basis, depending on the device.