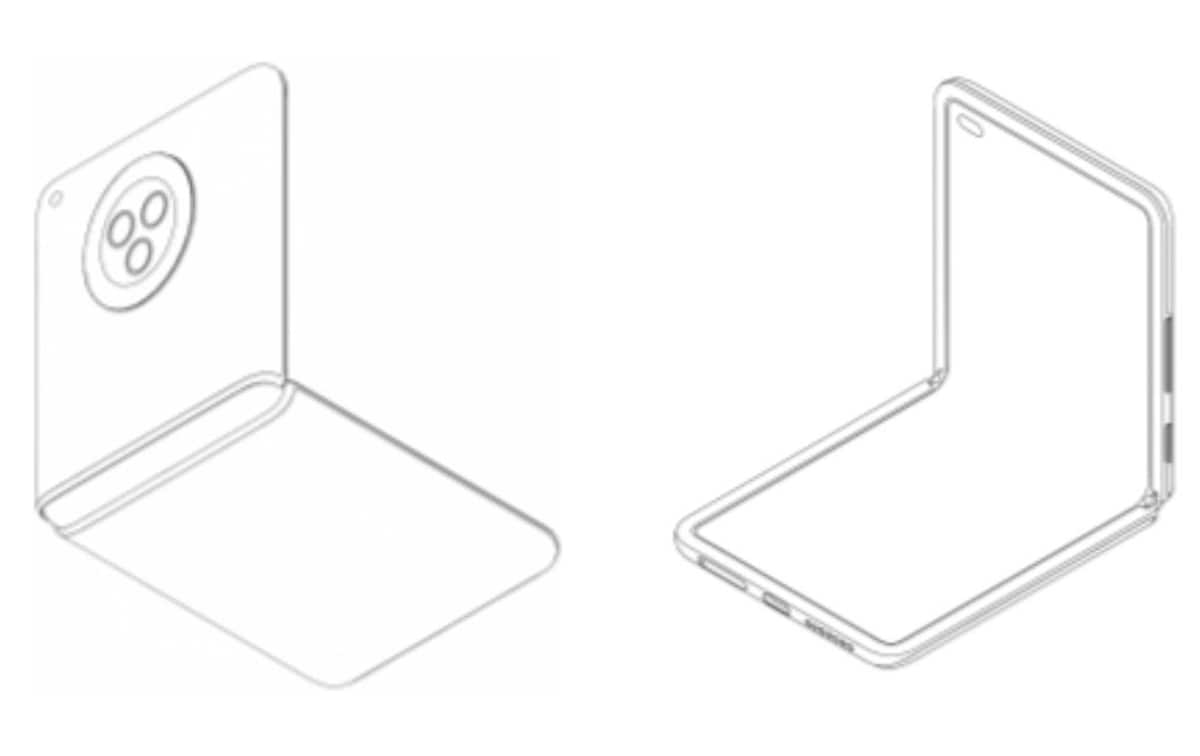 Xiaomi is reportedly working on another foldable phone with a clamshell-like folding design. A new patent on China National Intellectual Property Administration (CNIPA) has revealed sketches of this work-in-progress model, and it looks to be similar the Samsung Galaxy Z Flip series. Xiaomi unveiled its first foldable phone – Mi Mix Fold – earlier this year, and it seems that the company is looking to foray more into this segment. The Mi Mix Fold had a book-like opening similar to that of the Galaxy Fold series.

MySmartPrice has spotted the patent on CNIPA first and shared several sketches of the Xiaomi foldable phone from varied angles. As mentioned, it has a clamshell-like open and closing with hinges seen on either of the side edges. There is thick bezel surrounding he display edges and ta pill-shaped cut out sits on the top left corner of the screen.

On the back, the Xiaomi foldable phone has a circular-shaped camera module with three sensors inside. The flash is seen siting on the top left end of the rear panel. The volume and power buttons reside on the right edge, whereas the SIM-tray, speaker grille, and USB Type-C port all sit at the bottom edge. There is no 3.5mm audio jack in sight. There’s no fingerprint sensor seen either and its presumed to be superimposed on the power button. Additionally, the sketches suggest that the Xiaomi folding phone may not have a secondary small screen at the back for notifications and alerts.

Of course, this is just a patent, and there’s no certainty that Xiaomi will go the Samsung way and launch two different types of foldable device ranges. Samsung has the Galaxy Z Flip series with a clamshell-like design and it is anticipated to launch the Galaxy Z Flip 3 sometime in August this year.

If Xiaomi were to launch its foldable phone, it is likely to be priced in an aggressive manner and may increase the adoption of foldable phones in the market.